In October it was revealed that the Abu Dhabi Grand Prix would fall on Sunday December 1, 2019, meaning the racing action would take place on the weekend which has typically been dominated by the Dubai Rugby Sevens tournament.

However, it looks set to be avoided, as it would appear Dubai Rugby Sevens has been pushed back by a weekend. Although no official confirmation has been released, huge billboards at the Rugby Sevens festivities over the weekend advertised that the 50th anniversary tournament will take place from Thursday December 5 to Saturday December 7 2019. 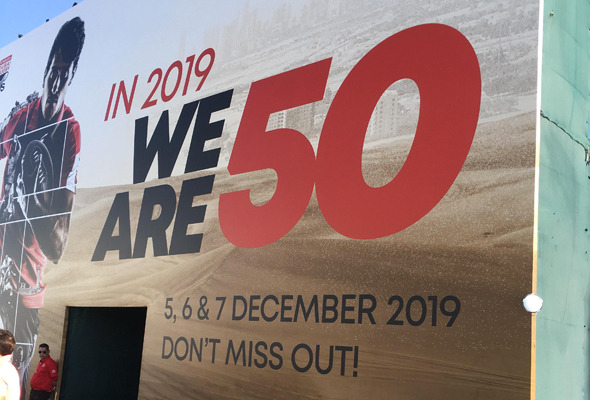 ALSO READ: Everything you need to know about the Abu Dhabi Marathon

This would mean that in 2019, the Abu Dhabi Grand Prix action would take place on the weekend before National Day, with Dubai Rugby Sevens taking place the weekend after.

In October, the FIA (motorsports governing body) approved a handful of changes to the F1 race season over the weekend, which included starting the 2019 season a week earlier than usual on March 17, 2019, and finishing the 21-race season a week later in Abu Dhabi, which caused the clash.

Outdoor
Sport & Fitness
EDITOR’S PICKS
UAE holiday dates announced for Eid Al Adha
READ MORE
Another update: Emirates extends suspension of flights from India to UAE
READ MORE
Coming soon: Everything we know about Ain Dubai so far
READ MORE
Khorfakkan set to open new tourist attraction 580 metres above sea level
READ MORE
MOST POPULAR
It's Dhs350 to brunch, stay and play at the What's On Lock In this weekend
After party: 8 of Dubai's best after-brunch deals on a Friday
Jones The Grocer is bringing its cheese, grape and jazz night to Abu Dhabi
A two-day art festival is taking place in Alserkal Avenue this weekend
Transport to Greece as Opa's monthly brunch returns
Al Qana update: Abu Dhabi mega project announces four new F&B outlets
YOU SHOULD CHECK OUT
Our website uses cookies and other similar technologies to improve our site and your online experience. By continuing to use our website you consent to cookies being used. Read our privacy policy here.