From rappers to reality stars…

Between performances in Abu Dhabi and Dubai, American rapper Tyga has been making time to sample some of the city’s top restaurants, including paying a visit to DFIC steakhouse, Beefbar. 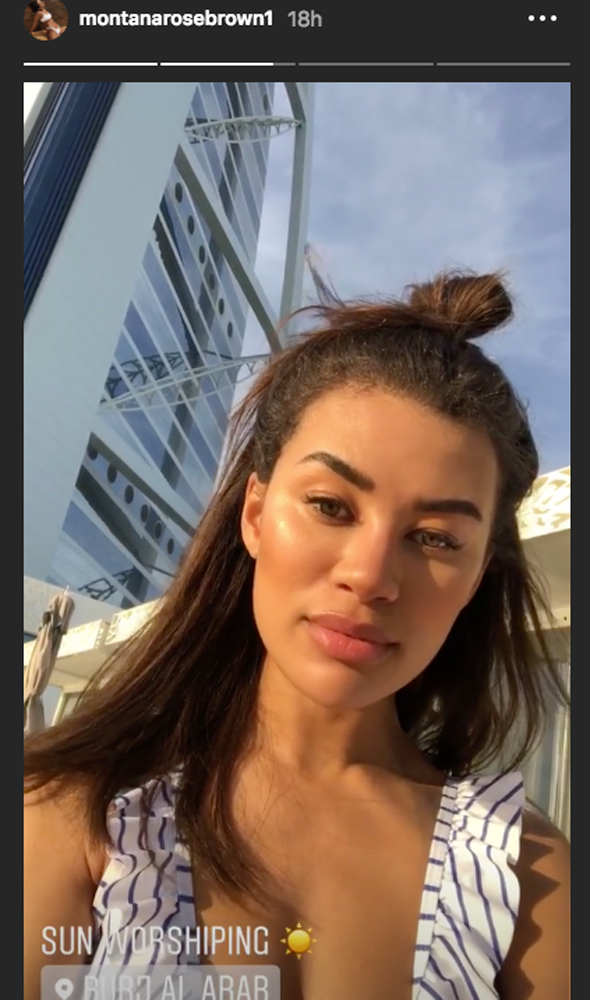 On a flying visit to Dubai, Love Island alum Montana Brown was sure to update her followers on her adventures in Dubai. As well as heading to brunch at Candypants, she shared sun-soaked selfies at the Burj Al Arab.

One of a number of top-class DJs in town to perform at BAO festival over the weekend, Martin Garrix made time to do what most tourists like to do in Dubai, head out on a yacht. His however, was a huge, three storey super yacht, with the world number one DJ sharing GoPro footage of the expansive vessel, with the caption ‘Cheers’ on Instagram.

Former The Only Way Is Essex star Joey Essex has been enjoying an extended holiday in Dubai, and living the high life while he’s been here. As well as attending F1 last weekend, he’s been spied partying at some of the city’s top spots including Blue Marlin and newly opened Secret Room, from where he posted this photo at a ‘very very secret party’ – naturally.

I decided to go swimming wit Sharks ? for the first time..It’s lit

Also between performances in Dubai is American star O.T Genasis. The Coco hitmaker has performed at clubs including BOA and White Dubai, but also made time to tick some things off his bucket list – including swimming with sharks for the first time.

Dimitri Vegas and Like Mike were also among some huge names headlining BAO festival this weekend. And as well as performing at the huge festival, Like Mike (real name Michael Thivaios), also celebrated his birthday while in the Emirate, posting his first insta snap with the stunning Dubai Marina backdrop.

News
EDITOR’S PICKS
UAE holiday dates announced for Eid Al Adha
READ MORE
Emirates extends suspension of flights from India to UAE again
READ MORE
Coming soon: Everything we know about Ain Dubai so far
READ MORE
Khorfakkan set to open new tourist attraction 580 metres above sea level
READ MORE
MOST POPULAR
Spend the summer at this awesome new Surf Shack pop-up
10 amazing things to do in Dubai this weekend: August 5 to 7
Fun lifestyle hotel 25hours to open in Dubai this year
7 wonderful things to do in Abu Dhabi this weekend: Aug 5 to 7
UAE authorities announce public holiday for Hijri New Year
YOU SHOULD CHECK OUT
Our website uses cookies and other similar technologies to improve our site and your online experience. By continuing to use our website you consent to cookies being used. Read our privacy policy here.