Step back in time at this cosy Arabian-style Creekside hotel

If you’re looking to escape the city and soak up some culture, there’s a new Dubai staycay spot that will give you just that.

Just opened on the Creekside in the Al Seef area is Al Seef hotel by Jumeirah, a 190-room hotel that will take you back in time thanks to its traditional Arabian decor, stripped back fit-out and cosy hospitality.

The hotel is split between more than 20 buildings with rooms that feature either a souk or creek view. So, while you may check in in one building, you’ll find yourself wandering through traditional Arabian buildings to make it to your room, or to head to the traditional Emirati restaurant for breakfast. 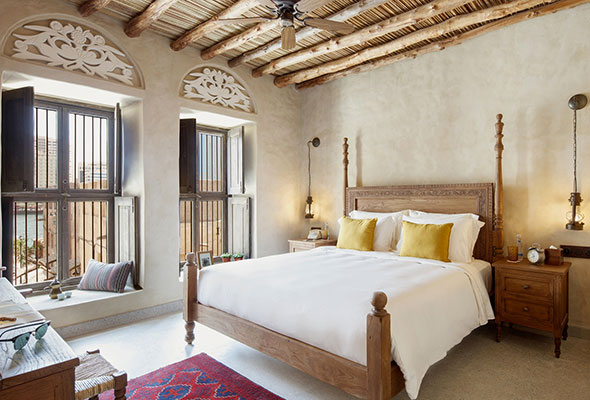 You can forget all the modern, high-tech amenities you’ve come to expect from most Dubai hotels, in favour of wooden ceilings, an analog phone and alarm clock, and even barred windows covered by shutters. While outside, expect a children’s play area made from recycled wood, wind towers and peaceful coffee shops that slowly fill up as the day goes by.

The hotel only boasts one restaurant – Saba’a – which will fill your need for authentic Emirati cuisine. But if it’s something else you’re hungry for, there’s a number of homegrown and international restaurants right outside on the Al Seef promenade, such as Kim’s Singapore Seafood, Doors and Kona Grill. 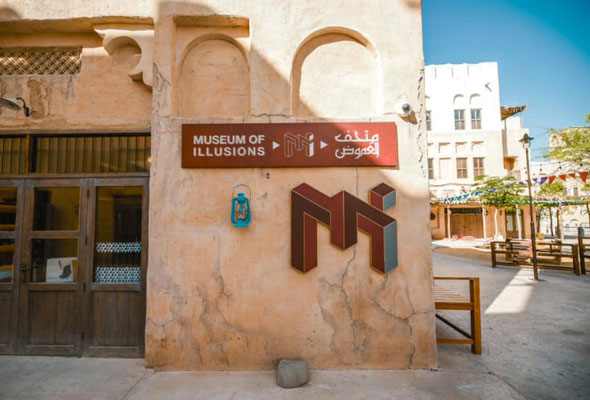 While the hotel is only a 15 minute taxi from most of Dubai’s largest attractions (Wild Wadi waterpark tickets can be purchased by hotel guests for a discounted rate of Dhs75), there’s a host of lesser known attractions on the hotels doorstep. A funfair complete with carnival games and rides can be found in the centre, the Museum of Illusions is right outside, while quaint markets and live buskers also line the narrow footpaths.

For a real cultural weekend, guests can ride an abra for just Dhs1, check out the new Jameel Arts Centre, or head to the nearby al Fahadi district.

Al Seef by Jumeirah does lack some key leisure facilities such as a pool and fitness centre, but makes up for it by offering complimentary access to both at Zabeel House Al Seef, which is a short walk or buggy ride away, at the other end of the Al Seef promenade.

Staycations
Travel
EDITOR’S PICKS
13 Sheikh Hamdan-approved restaurants in Dubai
READ MORE
Dubai brunches temporarily banned in new preventative measures
READ MORE
12 upcoming Dubai mega-projects we can't wait for
READ MORE
16 of the best beach bars in Dubai for sundowners
READ MORE
MOST POPULAR
Watch: A quick tour around the new Al Gurm Corniche in Abu Dhabi
You'll now have to pay to park in these popular areas of Dubai
Review: Culinary mastery at Tresind Studio
The team behind STK to open Palm Jumeirah beach bar
A Thai Food Festival is taking place in Dubai in March
YOU SHOULD CHECK OUT
Our website uses cookies and other similar technologies to improve our site and your online experience. By continuing to use our website you consent to cookies being used. Read our privacy policy here.