A brand new slice of Las Vegas has arrived in Dubai with the opening of Caesars Resort Bluewaters Dubai. As well as bringing 301 additional guestrooms, two pools and a host of restaurants and bars to Bluewaters island, Caesars Resort also sees the arrival of Las Vegas’ famous Bacchanal buffet. 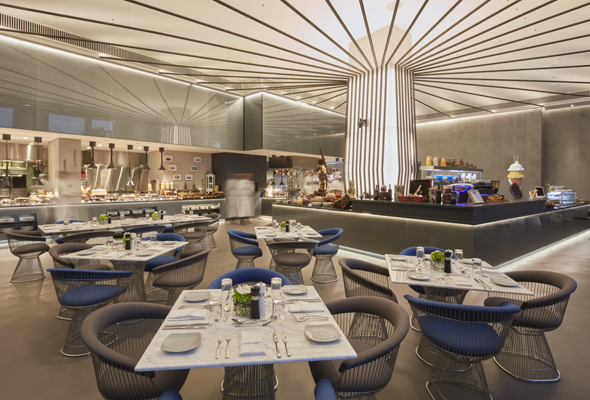 Inside the huge new restaurant, you’ll find plenty of oversized open kitchens serving up a wealth of decadent dishes. From prime rib, chilled crab legs and oysters to dim sum and baked-to-order soufflés, we can’t wait to see how Bacchanal’s approach to lavish dining compares to some of Dubai’s legendary brunch feasts. 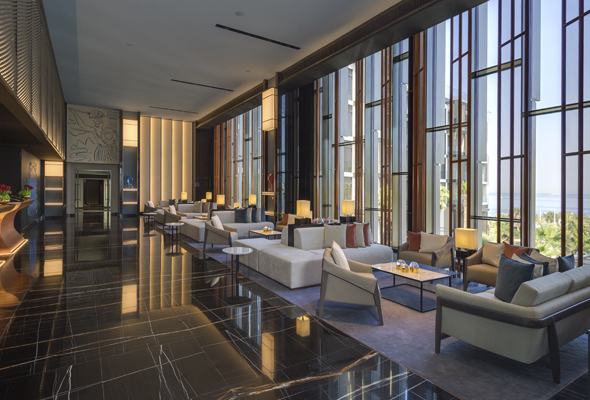 Other dining options at Caesars Resort include The Piazza patiserrie, pool bar and grill The Sandbar, Fortuna and Venus, which will serve poolside light bites, and a fusion of Mediterranean and Arabic flavours at Cleo’s Table. Completing the line-up is rooftop restaurant Paru, which boasts stunning views across Bluewaters and the Arabian Gulf and promises an ‘eclectic menu of contemporary Japanese dishes fused with a Korean-American twist. 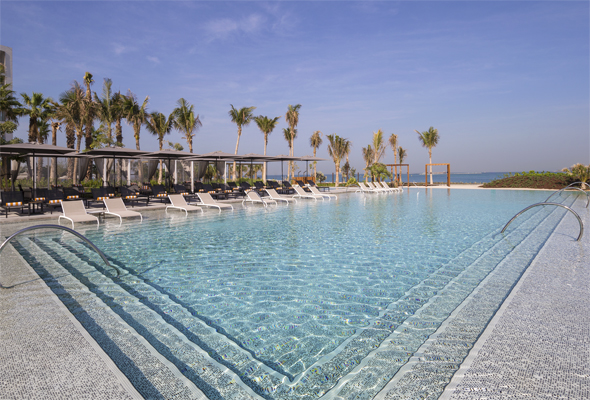 Positioned as the more family-friendly option, Caesars Resort is adjacent to Caesars Palace, and is home to two outdoor pools (one adults-only), which open up onto a private stretch of beach. Empire Club, the kids club, will cater to children aged 3 to 12 while Roam will be a teen club for young adults.

A QUA spa and state-of-the-art fitness centre can also be found in the resort.

Following in the footsteps of the original Caesars Palace in Las Vegas, you’ll also find The Rotunda – a 500-seater events space – next door. It’s promising a host of award-winning shows from its sister in Las Vegas, which will continue with ‘Wow’ show on February 11. Tickets start from Dhs100, and you can read all about it here.