A great player and a greater friend @cristiano

Footballing legend Cristiano Ronaldo was in town for the 10th Globe Soccer Awards in Dubai, where he was crowned Best Player of the Year for the fifth time. But it wasn’t all work and no play for the star. As well as enjoying a helicopter ride and taking a yacht out to the Burj Al Arab on New Year’s Eve, the Juventus striker has spent time catching up with none other than Sheikh Hamdan, with the Crown Prince taking to Instagram to share tribute to the football star. ‘A great player and a greater friend’, Sheikh Hamdan captioned the post.

No stranger to Dubai, boxer Anthony Joshua is back in the emirate, and was spotted ringing in the new year under the Burj Al Arab, as well as catching up with footballer Cristiano Ronaldo.

It was a star-studded turn out for the NYE celebrations under the Burj Al Arab, which was frequented by former footballer Rio Ferdinand and his fiancee and reality TV star Katie Wright. The duo stuck around in the city too, making time to pop to celebrity-favourite Nus-ret. 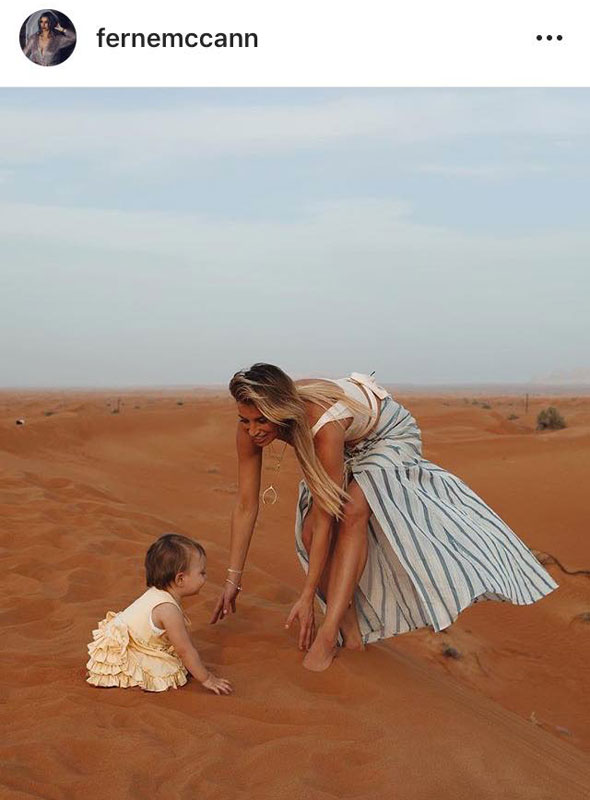 Reality TV star Ferne McCann has been on holiday with friends and daughter Sunday for the last week. Aas well as drinking and dining at some of the city’s hotspots, she’s also headed out to the Dubai desert, sharing this adorable snap in the dunes with her daughter.

Former Made In Chelsea star turned fashion designer Millie Mackintosh was spotted soaking up the sun (and the sights) in Abu Dhabi, before making a brief pit-stop in Dubai, where she was seen giving us some serious outfit goals at the newly opened Villamore on The Palm.

Love Island winners Dani Dyer and Jack Fincham are the latest stars enjoying a fun-filled break with Inside Lifestyle in Dubai this week. They were spotted several times at Dubai’s top party hotel FIVE, dining at Maiden Shanghai and partying at Praia ladies’ day, as well as sipping cocktails with their pictures on at Penthouse. Nice.

On holiday with his wife and four children, Rangers boss Steven Gerrard has escaped the UK for some winter sun in Dubai. He posted this snap with his wife against the Dubai Marina skyline on the beach, and was also spotted getting his haircut at JLT barbers, Chaps & Co.

Former Manchester United striker Robin Van Persie is another football star who’s been soaking up the sun in Dubai this week, sharing some brilliant sunset snaps from the desert, as well as catching up with boxer Anthony Joshua. 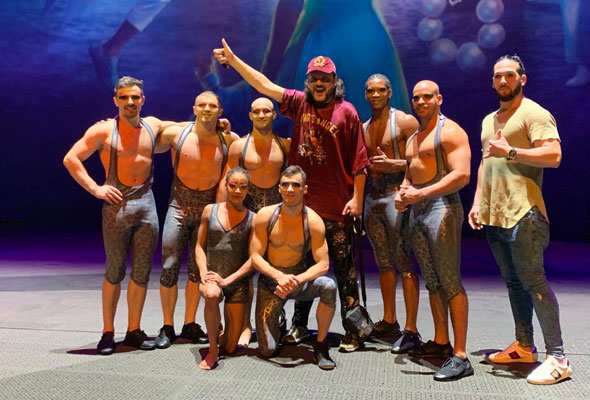 Russian pop superstar Philipp Kirvorov has been doing what most tourists do while in Dubai. As well as visiting Salt Bae’s restaurant for that essential salt-sprinkle snap, he visited the spell-binding La Perle show, posing for pictures with its performers afterwards. 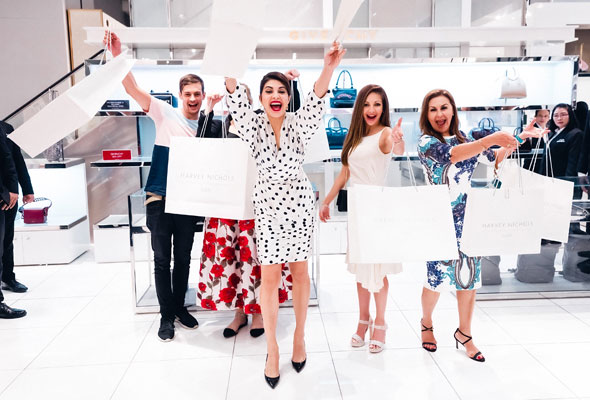 Bollywood actress Jacqueline Fernandez joined in on the Dubai Shopping Festival action this week, heading to the re-opening of Harvey Nichol’s new Menswear Department at Mall of the Emirates.