Tennis ace Roger Federer to compete in Dubai this February

After a year’s hiatus, legendary player Roger Federer will return to the competition, alongside former Wimbledon champion Andy Murray.

This year, Federer will be bidding for a record eighth Dubai title in what will be his 14th appearance at the event. 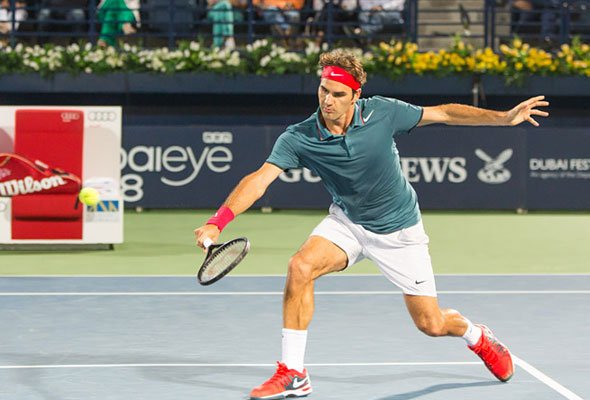 The star duo will face competition from world top 10 players including Marin Cilic and Kei Nishikori, as well as Karen Khachanov, Borna Coric and Stefanos Tsitsipas.

The women’s tournament will see the return of  two-time defending champion Elina Svitolina, who will no doubt be ready to make it a hat-trick in Dubai this year. She’ll face some stiff competition from current world number one Simona Halep, Caroline Wozniacki and reigning Wimbledon champion Angelique Kerber.

Previously the tournament has been witness to wins by some of the world’s best players including Rafael Nadal, Novak Djokovic and Venus Williams, so we can’t wait to see the on-court action unfold this year.

But as well as the on-court action, there’s also plenty of off-court entertainment happening around the event.

There are three ticket categories available starting from Dhs55, which are available online now, or you can purchase them from Duty Free Tennis Stadium Ticket Box Office from January 28.

Sport & Fitness
EDITOR’S PICKS
9 royal-approved Dubai restaurants
READ MORE
16 of the best beach bars in Dubai for sundowners
READ MORE
Bla Bla: Dubai's huge new beach club is set to open this Thursday
READ MORE
Where to get the Covid-19 vaccine in Dubai, Abu Dhabi and across the UAE
READ MORE
MOST POPULAR
Dubai Food Festival is set to return on February 25
Brand new eco oasis Al Fay Park opens on Al Reem Island, Abu Dhabi
9 exciting things to do in Abu Dhabi this weekend: January 21 to 23
Don't miss this cool collaboration between two top Dubai restaurants
Sale: Emirates and Etihad slash prices on flights around the world
YOU SHOULD CHECK OUT
Our website uses cookies and other similar technologies to improve our site and your online experience. By continuing to use our website you consent to cookies being used. Read our privacy policy here.