Frozen 2 will be released in UAE cinemas this year

Let it go, let it gooooooooo…

Ten months ahead of its release, Disney has given Frozen fans a glimpse into what they can expect from the sequel, Frozen 2, by releasing the first teaser trailer.

A release date for the film in UAE cinemas has also been given as Thursday November 21, just in time for Christmas.

It’s been a long time coming for Frozen fans, with the release of the second film almost six years to the day after the Oscar-winning original, which came out on November 19, 2013.

Although the first teaser doesn’t give much of the plot away, Frozen 2 will see Idina Menzel, Kristen Bell, Jonathan Groff and Josh Gad, all reprise their roles as Elsa, Anna, Kristoff and Olaf. 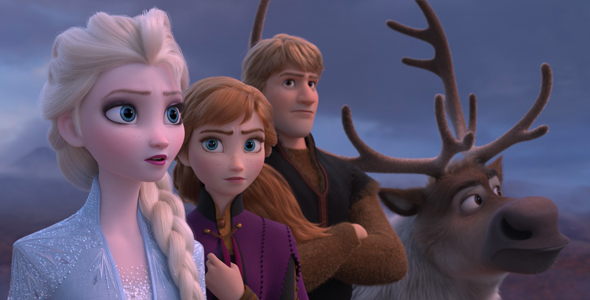 The film will also see the return of the the Academy Award-winning team of directors Jennifer Lee and Chris Buck, and producer Peter Del Vecho.

The original Frozen became the fifth highest-grossing film in box office history and the highest-grossing animation ever made. Its DVD became Amazon’s best-selling children’s film of all time.

Culture
Film
EDITOR’S PICKS
What’s On Nightlife Awards 2021: Here are the nominees...
READ MORE
It's back! What's On Lock In returns to Media One Hotel
READ MORE
Arts and culture: 5 spots we can't wait to visit at Expo 2020 Dubai
READ MORE
UAE petrol prices are set to decrease in September 2021
READ MORE
MOST POPULAR
6 fun things to do in Abu Dhabi this week: September 19 to 22
Most affordable way to rent a car in the UAE? Try pay-as-you-go…
Vaccinated UAE travellers will soon be exempt from UK quarantine
Watch: The moment the Abu Dhabi road checkpoints were removed
This might just be the most stunning rooftop restaurant yet
YOU SHOULD CHECK OUT
Our website uses cookies and other similar technologies to improve our site and your online experience. By continuing to use our website you consent to cookies being used. Read our privacy policy here.