Another huge serving of Ibiza pool party is headed to Dubai this week, with Cuckoo Land set to make its Dubai debut at Soho Beach on Friday February 15.

Known as one of Ibiza’s biggest pool parties, the first ever Cuckoo Land in Dubai will see Gorgon City headline, alongside Dennis Cruz, Max Chapman and the Cuckoo Land Ibiza residents.

The event will kick off at midday, with the venue promising a day to night pool party with a balearic vibe served up by some top DJ sets.
A further five events will come to the city later in the year, courtesy of Ibiza Rocks and Electric Ibiza.

“Cuckoo Land parties have been some of our favourite events over the last two summers in Ibiza, so to be able to take a bit of that crazy Balearic party vibe and work with the fantastic Ibiza Rocks team in Dubai at Soho Garden is something we’re really looking forward to,” said Neil Evans, director of Electric Ibiza. 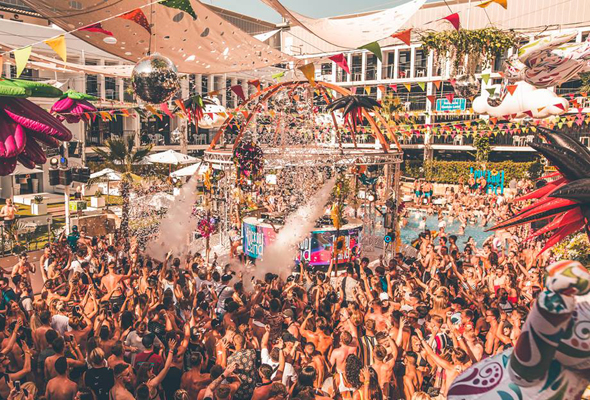 Cuckoo Land in Ibiza has seen some top DJs headline during its Ibiza residency including Claptone, Disciples, Latmun, Waze & Odyssey and 2018 resident Sonny Fodera, so we can’t wait to see who else comes to Soho Beach as part of their artist line-up.

Cuckoo Land is the latest in a string of brilliant European brands making their Dubai debut, adding to a line-up which already includes Hot Bed Ibiza, All Day I Dream, Ants and Elrow, who have all thrown parties at Soho Beach.

After Cuckoo Land, the next big festival taking place at Soho Beach will be All Day I Dream, which will return for a second installment on March 8.

Nightlife
EDITOR’S PICKS
So, when is the next UAE public holiday in 2021?
READ MORE
All of the lavish new hotels set to open in Dubai in 2021
READ MORE
16 of the best pool passes in Dubai that are fully redeemable
READ MORE
All of the restaurants at West Beach, Palm Jumeirah
READ MORE
MOST POPULAR
A unique courtroom drama is being staged at The Junction this June
10 amazing new restaurants and cafes coming to Saadiyat Island
This Dubai bar is hosting the ultimate 'Friends'-themed night out
This fun Dubai staycation includes waterpark access
6 awesome things to do in Dubai this week: June 13 to 16
YOU SHOULD CHECK OUT
Our website uses cookies and other similar technologies to improve our site and your online experience. By continuing to use our website you consent to cookies being used. Read our privacy policy here.