10 things to look forward to in Dubai this April

Big openings, huge gigs, mega weekend retreats and the return of the What’s On Nightlife Awards…

It’s almost a new month which means it’s time to get planning how we’re going to fill all 30 days of April. Whether it’s the opening of a cool hotel or world-first restaurant, getting your geek on, partying up a storm or checking out a theatrical performance, Dubai is filled with some brilliant events to keep you busy this month.

Here are 10 things to look forward to in Dubai this April. 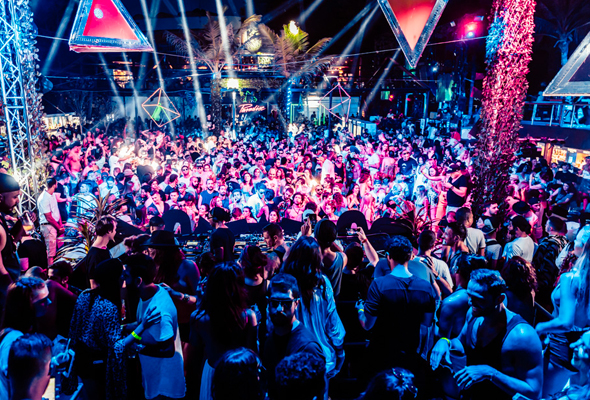 It’s one of Ibiza’s most popular EDM festivals, and this April Paradise is set to return to Blue Marlin Ibiza UAE. Created by Ibiza icon DJ Jamie Jones, who will also headline, the event will kick off with a poolside party at 10am the party and will continue across two stages until the early hours. Expect vibrant lights, décor and visuals, as well as dancers, performers and installations – all set to transform the venue into an ethereal fantasy. Best of all, it’s free entry before 3pm. 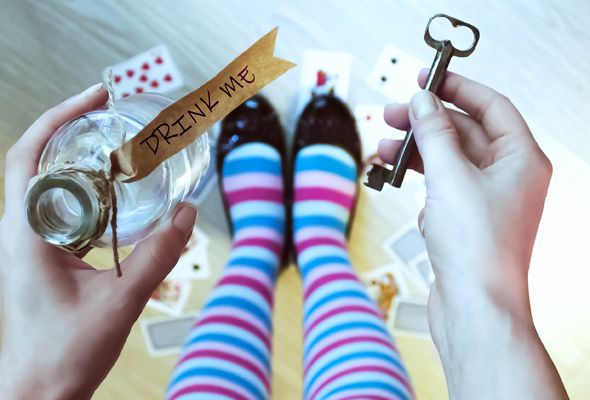 This April the QE2 is set to welcome a new set of treasured guests – this time in the form of the White Rabbit and Cheshire Cat as a West End performance of Alice in Wonderland comes to the QE2. The family-friendly show will run at Theatre by QE2 from Tuesday April 9 until Thursday April 18, with tickets on sale from February 11, priced from Dhs150 for adults and Dhs120 for children. Alice in Wonderland is a treasured tale which follows a young girl called Alice, who follows a smartly dressed rabbit into wonderland. The show will be interpreted for the QE2 stage, seeing Alice navigate her way through different sized doors onto the QE2. 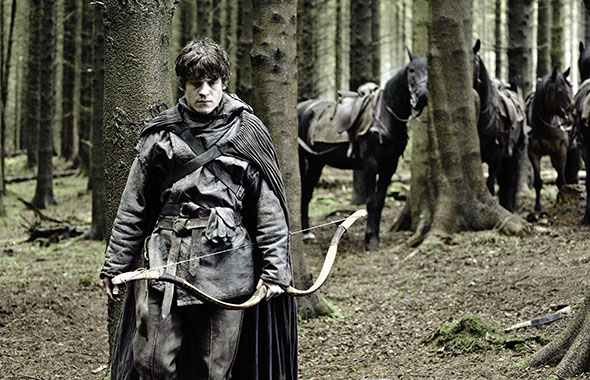 From A-list celebrities to world-renowned artists, the Middle East Film And Comic Con (MEFCC) is back this year at Dubai World Trade Centre from April 11 to 13. The annual celebration of the world of comics, movies, anime, manga and all things pop culture is also, perhaps, the city’s largest fancy dress party. Visitors come dressed as their favourite characters from comic books, video games or film and inside the Middle East Film and Comic Con (MEFCC), it is comic books galore. this year, expect to meet stars including Game of Thrones’ Iwan Rheon and Zachary Levi, who stars in the just-released Shazam!

April 11 to 14: Work up a sweat at a fitness retreat with a twist 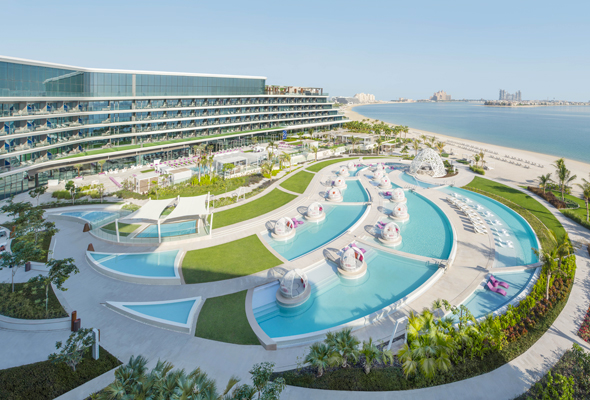 Is your idea of a brilliant weekend Barry’s Bootcamp by the beach, cranking up the volume at a CRANK class in the afternoon and partying into the night at a new city hotspot? Then FUEL, the W Hotels weekend fitness retreat is for you. Promising top workouts and dishes from the resorts signature restaurants, FUEL weekend will see some of the city’s top fitness classes and experts come together at the stunning new W Dubai – The Palm.

April date TBC: Show off your culinary skills at a new restaurant 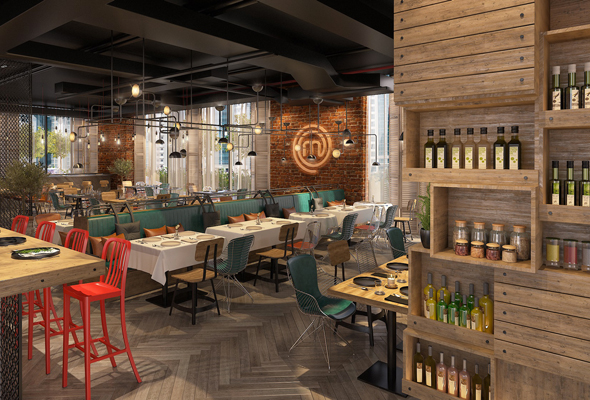 Set to debut in the Millennium Place Marina, Masterchef the TV Experience will fully immerse guests in the MasterChef TV show experience. The interior will be inspired by the MasterChef TV set, and diners will be able to choose from an ever-changing menu featuring popular original dishes conceived and inspired by contestants and champions from some 52 countries.

April 12: Sing along with Boyzone for the final time 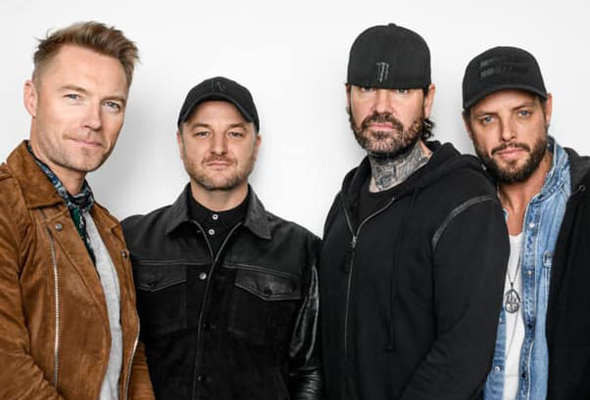 Legendary Irish boyband Boyzone will perform at Dubai Duty Free Tennis Stadium on Friday April 12. The four-piece boyband enjoyed more than 25 successful years in the music industry, racking up number ones including. Ronan Keating, Shane Lynch, Mikey Graham and Keith Duffy parted ways back in 2000 after seven years together but reunited in 2009 for for the Back Again… No Matter What tour and again 2013 to celebrate their 20th anniversary with a tour and new music. This is set to be your last chance to see the boyband, who announced last year that they are splitting up for good after their farewell tour in 2019.

April 17: Celebrate the regions top talent at the What’s On Nightlife Awards 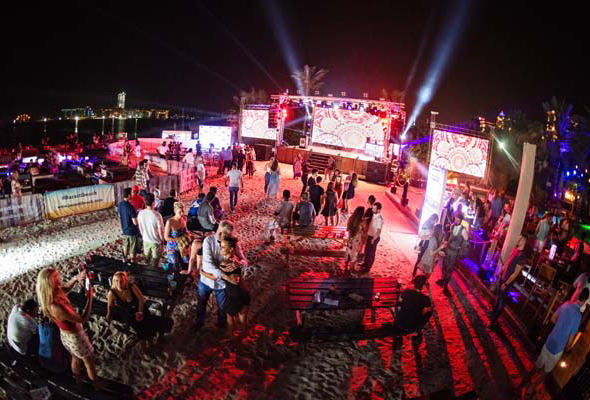 The What’s On Nightlife Awards in association with Titan Drinks are back at Barasti Beach on Wednesday April 17 where we’ll be revealing the top movers and shakers from across the nightlife industry. Having spent the last year rating and reviewing the city’s best beach clubs, brunches and nights out, the categories recognise all the top people and places that make Dubai’s nightlife scene one of the best in the world. And of course you’re invited. Head along on the night where all-inclusive beach BBQ and drinks packages are priced at Dhs150 for ladies and Dhs250 for gents. Click here to find out everything you need to know. 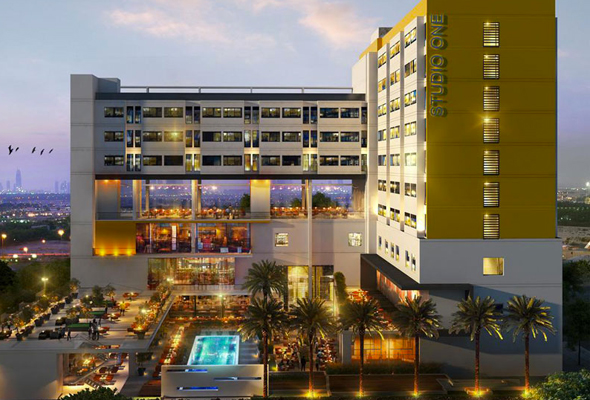 Dubai Studio City is set to become a dining destination in its own right, thanks to the soon-to-open Studio One Hotel. From the same people behind Media One Hotel, the mid-range, affordable city hotel will feature no less than six new dining destinations – and we reckon you’re already familiar with some of them. As well as a second serving of The Maine, L’Arte, The Irish Village and Mr Miyagi’s, there will be two new homegrown concepts, El Chapo’s Tacos, a cool new Mexican, and The Meating Room, which says it will offer ‘Indian suburban chic vibes’.

April 25 and 26: Laugh out loud with a famous funnyman 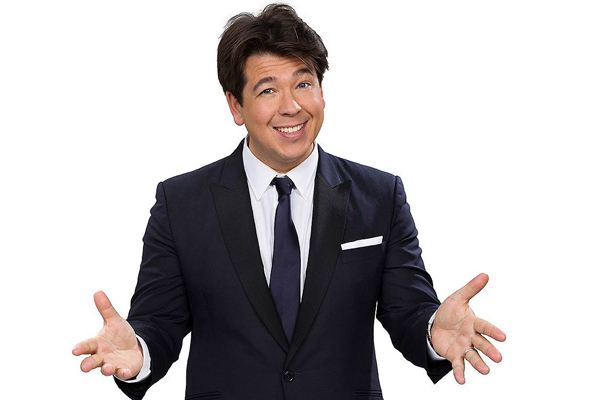 Famous funnyman Michael McIntyre is set to make his return to Dubai at the end of April. McIntyre first rose to fame as a TV panel show star on Mock The Week before going on to get his own show on the BBC has since gone on to become one of the world’s most successful stand-up comedians. The popular British funnyman was last in Dubai in 2015, when he brought his ‘Happy & Glorious’ tour to the region. This time around, the two shows are part of Michael’s Big World Tour, which will also see the popular comedian perform across Europe, USA, Africa, Australia & New Zealand. 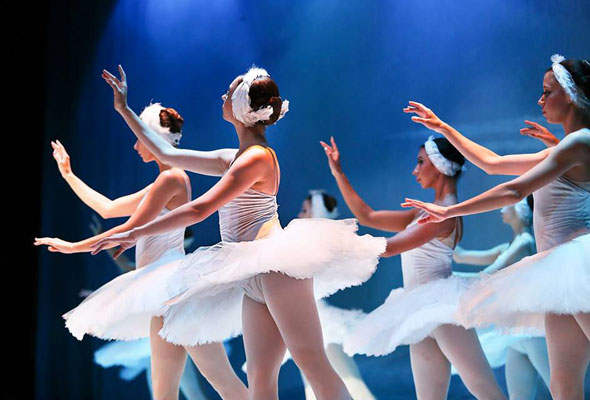 Another stunning show has been added to the Dubai Opera line-up as the venue is set to welcome Sleeping Beauty this April. Performed by the The National Ballet of Ukraine, there will be two matinee and two evening performances over April 26 and April 27. For those that aren’t familiar with the iconic story, the narrative follows Princess Aurora, who falls into a deep, enchanted sleep after she pricks her finger on a spindle. Cursed by the wicked fairy, only the kiss from a Prince can wake her.

Things to do
EDITOR’S PICKS
So, when is the next UAE public holiday in 2021?
READ MORE
All of the lavish new hotels set to open in Dubai in 2021
READ MORE
16 of the best pool passes in Dubai that are fully redeemable
READ MORE
All of the restaurants at West Beach, Palm Jumeirah
READ MORE
MOST POPULAR
Celebrate Christmas early with these 'Halfway to Christmas' brunches
Pics of the week: Your best photos of the UAE
What’s On The Bookshelf: Rom-coms great for reading on the beach
Book your holiday package from Dhs1,399 per person with Holidays by flydubai
Immersive cabaret concept The Theater Dubai opens its doors
YOU SHOULD CHECK OUT
Our website uses cookies and other similar technologies to improve our site and your online experience. By continuing to use our website you consent to cookies being used. Read our privacy policy here.