Both are slated to open on Saadiyat Island…

A new Dhs500 million campaign has been unveiled by the Department of Culture and Tourism Abu Dhabi to promote the capital and attract more visitors.

The three-year campaign will target international and local tourists as Abu Dhabi strives to put itself firmly on the map as a global tourist destination.

During the campaign reveal Saif Ghobash, undersecretary at the Department of Culture and Tourism Abu Dhabi, confirmed that mega new tourist attractions Guggenheim Abu Dhabi and Zayed National Museum are still very much in progress.

“All I can say now is that with Louvre Abu Dhabi done and completed a year ago, all the other projects have been put into full gear,” he said in a statement to The National.

The Louvre Abu Dhabi opened its doors in November 2017 on Saadiyat Island, but little information about its cultural neighbours has been given since, until now.

Guggenheim Abu Dhabi was first announced back in 2006, and information on the Abu Dhabi culture website describes that the museum will ‘showcase the most important international artistic achievements of the 20th and 21st centuries’. An official opening date for the architecturally stunning culture hub has not yet been given.

Announced in 2007, The museum promises to showcase and celebrate the life and achievements of the late Sheikh Zayed, and the UAE’s journey from the ancient past to the present day. The museum’s design is themed on the feathers of a falcon, with each steel feather containing a gallery space – the tallest will be an impressive 125m high. 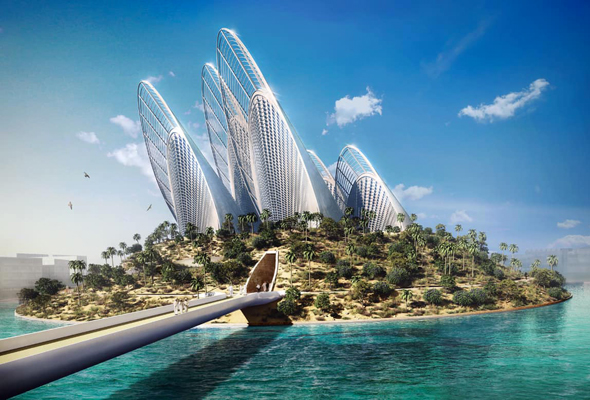 “The galleries are inspired by Sheikh Zayed’s strongly held values, such as a passionate belief in education, conservation, environment, sustainability, heritage and culture, all underpinned by his humanitarianism and strong faith,” reads information on the forthcoming museum on the Abu Dhabi culture official website.

Culture
News
EDITOR’S PICKS
Ain Dubai will open with fireworks, live music and a drone show
READ MORE
Incredible Aura SkyPool to open in Palm Tower this November
READ MORE
Brit Grand Slam hero Emma Raducanu confirmed for Mubadala Tennis
READ MORE
What’s On Nightlife Awards 2021: Here are the nominees...
READ MORE
MOST POPULAR
Nancy Ajram and Ragheb Alama are performing at Expo 2020 Dubai in November
Miami Beach-inspired luxury resort Th8 Palm is opening in November
Watch your next film under the stars as outdoor cinemas return to Dubai
This new ladies' night offers a free open bar every Tuesday
This Sicilian rooftop party brings Godfather glamour to Dubai
YOU SHOULD CHECK OUT
Our website uses cookies and other similar technologies to improve our site and your online experience. By continuing to use our website you consent to cookies being used. Read our privacy policy here.