The Laughter Factory announces April and May line-up

You’ll be able to catch shows at new locations including Arabian Ranches Golf Club and Dukes Dubai, The Palm…

If you’re in the mood for a fun night out filled with laughter with your mates, this one’s for you.

The Laughter Factory has announced their April line-up, and it’s a hilarious tri-factor of stand up comedians.

Throughout April and May, Daliso Chaponda, Dana Alexander, and George Zach will headline the popular comedy nights across Dubai, with the three comedians sure to have you laughing the night away. 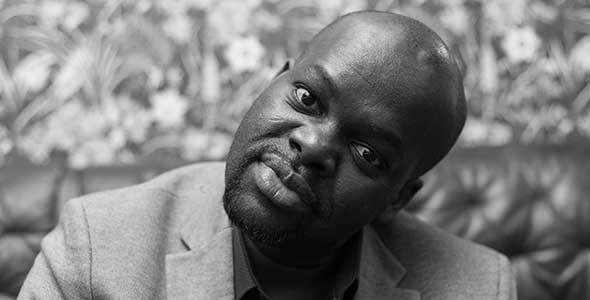 Daliso Chaponda shot to fame on Britain’s Got Talent in 2017 and even had an otherwise grumpy, Simon Cowell laughing. He also earned himself the golden buzzer, which means he shot right through to the final round of the competition. You can check out that video below:

The Malawian stand-up comedian has over 100 million views of his performances on Facebook and Youtube and has performed around the world and at the Edinburgh, Melbourne, Singapore, and Cape Town comedy festivals. 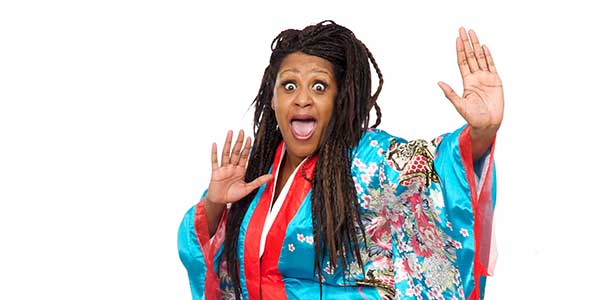 Dana Alexander began her career at the age of 18. Her smart comedy style earned her her own half-hour comedy special on Stand-up show Comedy Now, Canadian comedy television series. Dana draws her material from raw life experience with an original and hilarious outlook. 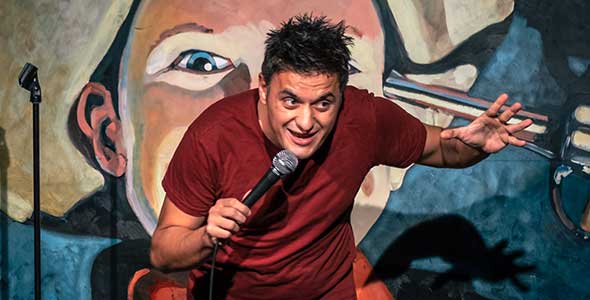 The Greek comedian’s original plans included Biochemistry, but when George Zach learned that lab life wasn’t for him, he ended up getting into stand up comedy. He has performed at the Edinburgh Fringe Festival five times and even appeared at the Melbourne International Comedy Festival in 2015. His comedic career has seen him firmly established in the UK and Australian comedy circuits, but he has also performed in Spain, The Netherlands, Greece, Germany, and Hong Kong and has supported Luisa Omielan and Sophie Willan on their UK tours.

ALSO READ: 6 cool, cultural events to check out in Dubai this April

The events will run from April 25 to May 3, with all the dates, timings, and locations you need here:

Tickets are available here and are priced at Dhs160, but if you purchase your tickets before and including April 19, you can get them at Dhs140.

Plus if you bring along five mates, you’ll be able to enter the gig for free.

Culture
Things to do
EDITOR’S PICKS
13 Sheikh Hamdan-approved restaurants in Dubai
READ MORE
Dubai brunches temporarily banned in new preventative measures
READ MORE
12 upcoming Dubai mega-projects we can't wait for
READ MORE
16 of the best beach bars in Dubai for sundowners
READ MORE
MOST POPULAR
Abu Dhabi restaurants where you can celebrate your love of Spritz
6 great beachside breakfast spots to try in Dubai this weekend
7 great deals to check out in Original Wings & Rings in March
Throwback: Check out these photos of the UAE's first hotel
5 empowering ways to celebrate International Women's Day in Dubai
YOU SHOULD CHECK OUT
Our website uses cookies and other similar technologies to improve our site and your online experience. By continuing to use our website you consent to cookies being used. Read our privacy policy here.