If its anything like his first, we can’t wait to check it out…

Korean culinary master, Akira Back, only opened his first Dubai restaurant earlier this year, but he’s already ready for his next venture. The celebrity chef took to social media to announce that Paru, the chic Japanese rooftop restaurant in Caesars Resort Bluewaters is actually his brainchild.

The Michelin-starred chef shared an image of the stunning restaurant with his 38,000 followers saying it was his second location in Dubai. The restaurant’s own account posted a screenshot of his announcement on their stories captioning that they are ‘ready to rock’.

Paru, which opened in March 2019, is described as ‘a rooftop restaurant with stunning views and a contemporary Japanese menu with some of the most spectacular views of the Arabian Gulf and the Jumeriah Beach skyline’ on the Caesars’ website.

Located on the roof of Caesars Resort Bluewaters Dubai, the restaurant has an oceanic theme to the interiors, with origami-inspired turquoise LED lights running along the ceiling. The hotel has also recently welcomed Bacchanal, inspired by the highly-acclaimed restaurant in it’s Las Vegas counterpart, as well as fellow celebrity chef, Gordon Ramsay’s popular restaurant, Hells Kitchen. 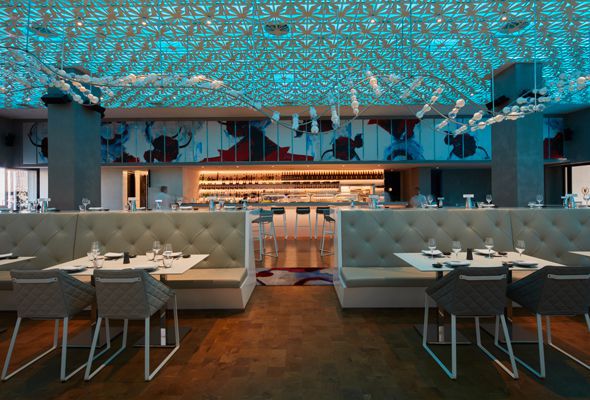 This will be the Chef Back’s 20th restaurant, with others in locations such as Las Vegas, Toronto, Singapore, Bangkok, Seoul, Bali, Jakarta and Hanoi.

Eat & Drink
EDITOR’S PICKS
Ramadan in Dubai: 50 iftars to try
READ MORE
Where can Dubai residents travel? Check out these 14 destinations
READ MORE
Rumours, facts and reveals: New Abu Dhabi bars and restaurants
READ MORE
UAE announces reduced working hours for Ramadan 2021
READ MORE
MOST POPULAR
There's a 30 per cent sale taking place during the long weekend on LegalHomeDelivery.com
Pics of the week: Your best photos of the UAE
Here's why you need to visit Mimi Kakushi's new Friday lunch
New films to watch in cinemas this week: May 13 to 19
Torno Subito's new lunch menu offers a quick mid-week vacation
YOU SHOULD CHECK OUT
Our website uses cookies and other similar technologies to improve our site and your online experience. By continuing to use our website you consent to cookies being used. Read our privacy policy here.