Written by:
Aarti Saundalkar
5th May 2019

This time of year is all about forgiveness…

Ramadan is expected to begin tomorrow, and over the weekend, HH Sheikh Mohammed bin Rashid Al Maktoum, Vice President of the UAE and Ruler of Dubai ordered the release of 587 prisoners in Dubai. The announcement comes from the official state news agency, WAM.

The annual pardoning of prisoners before the start of Ramadan is a tradition that has been in the UAE for decades.

Those released come from different nationalities from Dubai’s correctional and punitive establishments.

Attorney General of Dubai Chancellor, Essam Issa Al Humaidan said that His Highness’ order to pardon the prisoners will bring happiness to their families, and help the pardoned individuals get a fresh start in life and reintegrate into the community.

ALSO READ: Here’s everything you need to know about Ramadan
Ramadan in Dubai: 94 iftars to try

The announcement comes after the President of the UAE HH Sheikh Khalifa ordered the release of more than 3,000 prisoners ahead of Ramadan and pledged to settle their debts. 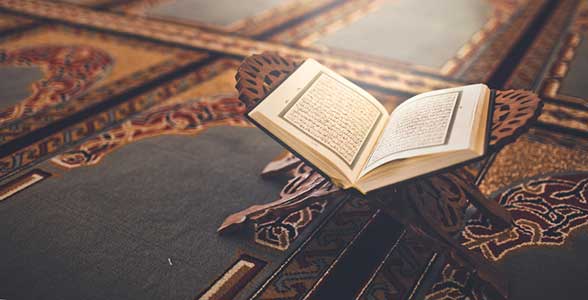 Remember, Islam teaches that Allah is ‘Al Ghaffur’ – or the ‘oft-forgiving’ – and it is believed that an individual’s good deeds should be weighed against their bad (rather than judging someone just based on their wrongdoings).

News
Ramadan
Royals
EDITOR’S PICKS
What’s On Nightlife Awards 2021: Here are the nominees...
READ MORE
It's back! What's On Lock In returns to Media One Hotel
READ MORE
Arts and culture: 5 spots we can't wait to visit at Expo 2020 Dubai
READ MORE
UAE petrol prices are set to decrease in September 2021
READ MORE
MOST POPULAR
Exclusive: A huge floating nightclub is opening in Dubai this October
6 sweet things to do in Abu Dhabi this week: Sep 26 to 29
Play in an Oktoberfest-themed golf tournament in Dubai this October
Why OPA's entertainment is unlike anywhere in Dubai
Soho Garden set to open second venue on Palm Jumeirah this winter
YOU SHOULD CHECK OUT
Our website uses cookies and other similar technologies to improve our site and your online experience. By continuing to use our website you consent to cookies being used. Read our privacy policy here.