The RTA and Careem partnership will launch in September 2019…

Dubai residents will soon have more freedom at their fingertips when it comes to hailing a cab. The Roads and Transport Authority (RTA) have revealed a joint venture with private car service app Careem, called ‘Hala’.

Hala will allow riders to ‘e-hail’ an RTA taxi from within the Careem app, in order to increase efficiency of travel journeys. RTA is offering 50 per cent of its fleet to the service, meaning riders shouldn’t have to wait more than a few minutes for their car to arrive.

Careem users will continue to build their points with the Hala service, meaning they can still reap the rewards of being a regular Careem user. Riders can also pay through the app, plan their trip route and rate their driver, as with the regular app. 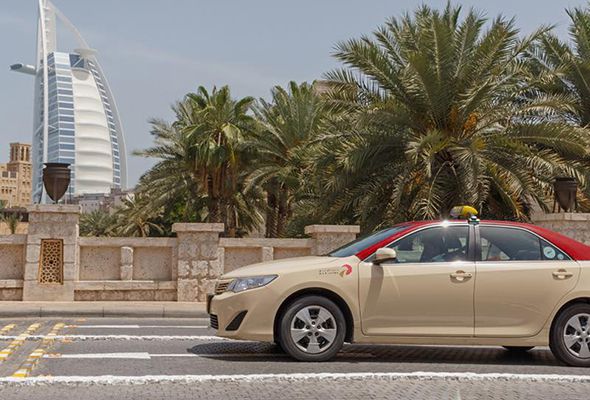 Mudassir Sheikha, Co-Founder and CEO of Careem, said: “Customers will be able to find the closest taxi to them on demand, see a fare estimator and time of arrival and connect their credit card for easy, hassle free payment. We hope ‘Hala’ will enhance the taxi experience in Dubai for both customer and Captain (driver) and to set a new world standard where ride hailing and the public sector can obtain common benefits”.

A trial of the service began in May this year, where 2000 vehicles were available to hire through Hala. According to RTA the programme was well received, being rated four out of five stars overall.

The estimated time of arrival (ETA) reached an average of four and a half minutes versus a previous average of 12-14 minutes, with the aim to reach an ETA of three minutes in September.

Customers can experience the trial service on the Careem app now, while the full fleet will be released in September.

Tech
Transport
EDITOR’S PICKS
UAE holiday dates announced for Eid Al Adha
READ MORE
Emirates extends suspension of flights from India to UAE again
READ MORE
Coming soon: Everything we know about Ain Dubai so far
READ MORE
Khorfakkan set to open new tourist attraction 580 metres above sea level
READ MORE
MOST POPULAR
A cool new hotel is opening in Jumeirah Village Circle in September
Resident returning to the UAE? Here's the approval form
WizzAir Abu Dhabi will start flying to Italy with fares from Dhs129
Get two-for-one on Friday brunch at this popular Dubai pub
Spend the summer at this awesome new Surf Shack pop-up
YOU SHOULD CHECK OUT
Our website uses cookies and other similar technologies to improve our site and your online experience. By continuing to use our website you consent to cookies being used. Read our privacy policy here.