As well as a concert headlined by a huge A-List act on New Year’s Eve, there’ll be a a family-friendly festival on New Year’s Day…

It might feel like ages away, but the UAE’s first big New Year’s Eve event has just been announced – and it sounds like it’s going to be epic.

Brought to you by Flash Entertainment and the Department of Culture and Tourism – Abu Dhabi (DCT Abu Dhabi) a two-day festival will make its way to du Arena on Yas Island over New Year’s Eve and New Year’s Day.

Promising a line-up of  music, entertainment and activities for the whole family to ring in 2020, ticket prices have not yet been revealed, but pre-registration is now open via this link.

The festival will kick off with Resolution by Night on New Year’s Eve, and is set to bring “an internationally acclaimed, multi-award-winning artist” to du Arena. Although the artist is still yet to be announced, previous du Arena New Year’s Eve headliners have included Katy Perry and Coldplay, so we can’t wait to see who gets announced this year. 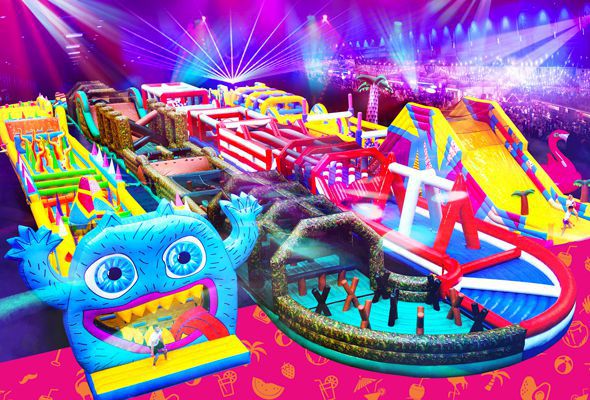 “We are thrilled to be introducing the Resolution festival which has been created to entertain fans of all ages with a jam-packed New Year celebration on Yas Island. Flash Entertainment has developed long-term partnerships with strategic stakeholders with the aim to further drive and shape the entertainment industry in the UAE and consequently place Abu Dhabi on the world-map as the favourite destination for New Year’s Eve and Day,” said John Lickrish, FLASH Entertainment CEO, said:

Nightlife
EDITOR’S PICKS
13 Sheikh Hamdan-approved restaurants in Dubai
READ MORE
Dubai brunches temporarily banned in new preventative measures
READ MORE
12 upcoming Dubai mega-projects we can't wait for
READ MORE
16 of the best beach bars in Dubai for sundowners
READ MORE
MOST POPULAR
Watch: A quick tour around the new Al Gurm Corniche in Abu Dhabi
You'll now have to pay to park in these popular areas of Dubai
Review: Culinary mastery at Tresind Studio
The team behind STK to open Palm Jumeirah beach bar
A Thai Food Festival is taking place in Dubai in March
YOU SHOULD CHECK OUT
Our website uses cookies and other similar technologies to improve our site and your online experience. By continuing to use our website you consent to cookies being used. Read our privacy policy here.