Where to watch the Rugby World Cup 2019 in Abu Dhabi

Bars
Sport & Fitness
Things to do

The much-anticipated Rugby World Cup kicked off in Japan on Friday, September 20, and the tournament runs right through until Saturday, November 2, 2019. During this time, Abu Dhabi’s many pubs, bars and restaurants are getting in on the action, with live showings of all the matches, coupled with some top food and drink deals.

No matter whose jersey you sport, round up your mates and get in on the rugby fever. 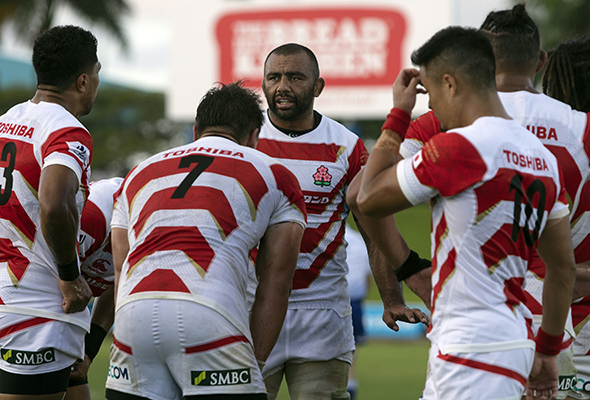 Enjoy the Rugby World Cup on the biggest screen in the capital at PJ O’Reilly’s at Le Royal Meridien Abu Dhabi. The 4-metre wide screen means that no matter where you choose to sit – be it the pool, or the garden, your view of the game will not be interrupted. Wear a rugby shirt supporting your team on the same day and you can enjoy free flow of selected drinks until the first foul is called. Tuck into one of their burgers and two pints of Guinness or 2 shots of selected spirit for just Dhs99. 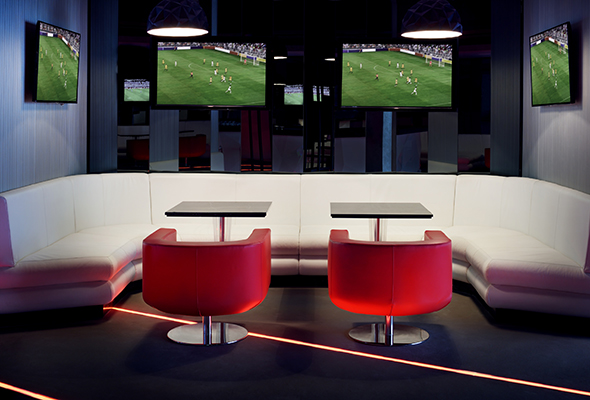 Velocity Sports Bar will be showing all the live games over the Rugby World Cup. If you buy 4 bottles of beer, not only will you get one free, but you’ll also get the chance to enter in a draw to win prizes, such as tickets, accommodation and transport to the Dubai Rugby Sevens for four people, plus Dhs2000 in credit to spend there. There’s also a second prize, which includes a table for four people to watch the Rugby World Cup finals at Velocity with unlimited consumption during the match. 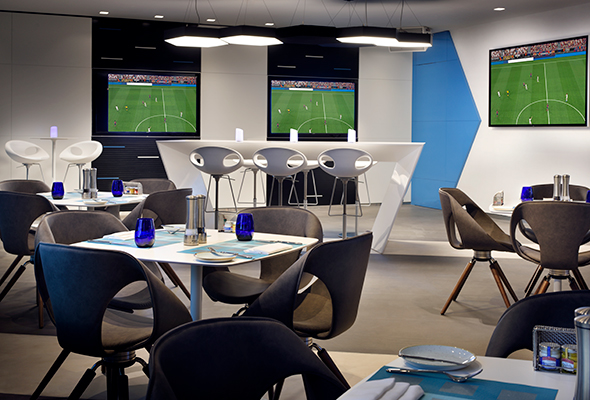 For uninterrupted views of the Rugby World Cup, head to Blue Sky Lounge & Grill at Southern Sun Abu Dhabi, where the matches will be displayed across 14 screens. There’s a happy hour from opening until to 11pm where you will be able to buy drinks for just Dhs22, as well as a late night happy hour where you can buy one and get one free on selected beverages from 11pm to 3am. Want a meal as well? Tuck into a sharing platter and unlimited selected house beverages for three hours from noon to 3am for just Dhs169. 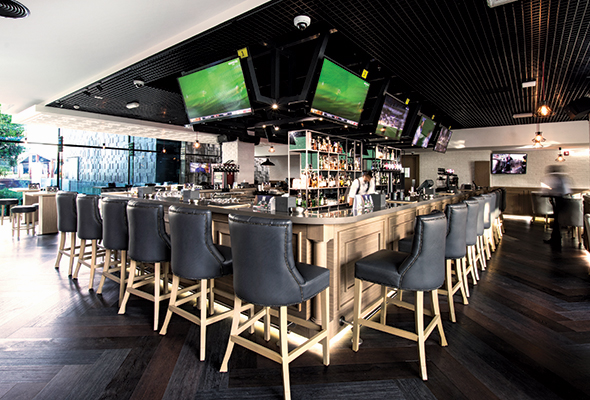 Located at Fairmont Bab Al Bahr, Bridge bar (renamed from Sports Cafe) will be showing the Rugby World Cup live throughout the season. The venue boasts wooden tables and quilted leather armchairs, a lounge zone and dedicated game area plus walls adorned with vintage posters with famous sports personalities. You can choose to enjoy the game seated at the high-top bar or at a table while savoring favourites such as fish and chips, burgers and loaded sandwiches. There’s also a burger and pint deal forDhs89.
Bridges Bar, Fairmont Bab Al Bahr, Khor, Abu Dhabi, 4pm to 2am Saturday to Thursday, noon to 2am Fridays, Tel: (02) 654 3238, fairmont.com/abu-dhabi/dining/bridges-bar 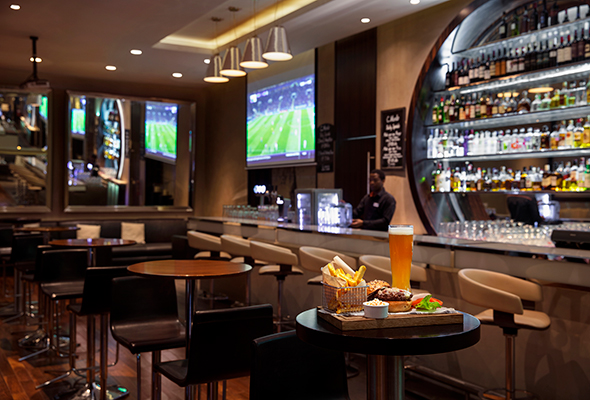 Not only is c.mondo bar a perfect place to unwind after a busy day, but the chic venue will also be showing the Rugby World Cup live on large projection screens for the capital’s sports fans. During the games, you can avail a deal of any snack on the menu with two pints for Dhs99. If it’s just beers you want – there’s a bucket of five available for just Dhs155. 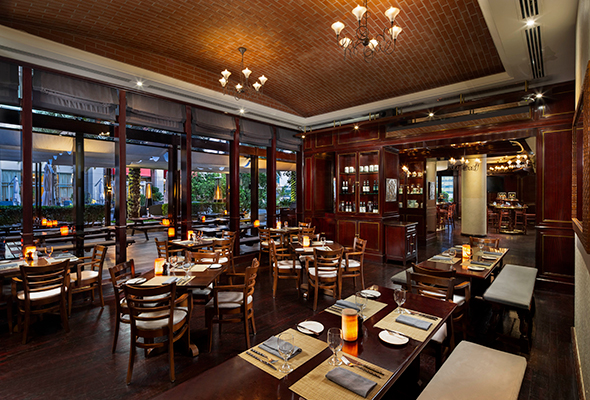 Abu Dhabi’s original German restaurant, Brauhaus, will also be showing all the games during the Rugby World Cup where you can tuck into BBQ ribs and hops for just Dhs150. Need a breather from the action? Head to the terrace and take in some stunning views while enjoying the cooler weather. 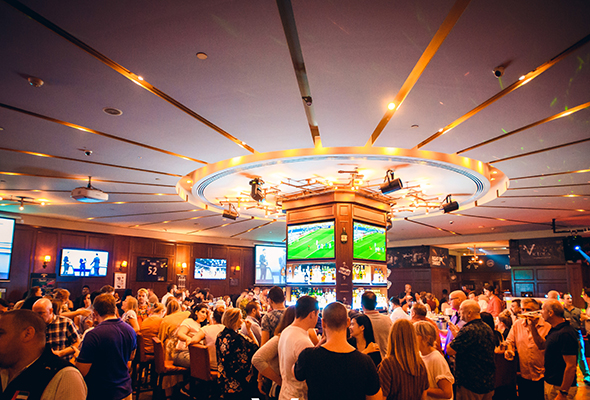 Located at the Hilton Capital Grand Abu Dhabi, Victor’s Pub has a special menu available during the Rugby World Cup. On it, you’ll find tasty items such as ‘penalty nachos‘ which is tortilla chips smothered with cheese for Dhs55, or for the health conscious – there’s a ‘free kick caesar salad‘.  . 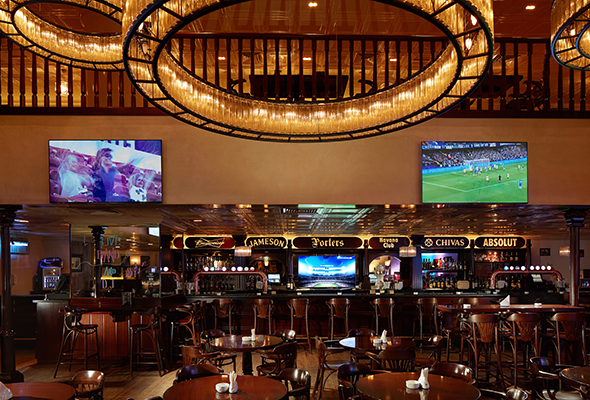 The classic English pub at Grand Millenium Al Wadha Hotel serves up fuss-free pub grub at its best, and will also be showing the live games during the rugby season. Happy hour runs from noon until midnight, or tuck into a main course with four bottles of beer for Dhs165. During the month of October, the pub will also be serving seven new burgers on their menu as part of Burger Month.

Bars
Sport & Fitness
Things to do
EDITOR’S PICKS
Here's the full list of UAE public holidays in 2023
READ MORE
23 incredible things to look forward to in the UAE in 2023
READ MORE
Hidden gems: 10 UAE desert pop-ups to discover this winter
READ MORE
Where to travel in 2023: 10 new flight routes from the UAE
READ MORE
MOST POPULAR
Inject some culture into February with 14 cool exhibitions in Dubai
Plans unveiled for a scenic new 93km cycle highway in Dubai
A free full moon beach party is happening in Dubai this weekend
42 parks with outdoor barbecue facilities in Abu Dhabi
Staycation review: Atlantis The Royal
YOU SHOULD CHECK OUT
Our website uses cookies and other similar technologies to improve our site and your online experience. By continuing to use our website you consent to cookies being used. Read our privacy policy here.