SKY2.0 to reopen with a brand new club night this October

‘DSTRKT’ will run on Wednesdays with resident DJ Dany Neville…

Famed superclub SKY2.0 opened its doors in Dubai Design District in March 2018, and after a summer break, will reopen on Wednesday October 9. The swanky venue will operate every Wednesday, Thursday and Friday with a brand new night launching soon.

Every Wednesday will now be called DSTRKT and promises “a lifestyle where everyone is part of a united frequency under one sky”. Popular Dubai DJ Dany Neville will be spinning the latest and best urban tracks every week, as well as inviting some of his friends from the music industry to join his sets. 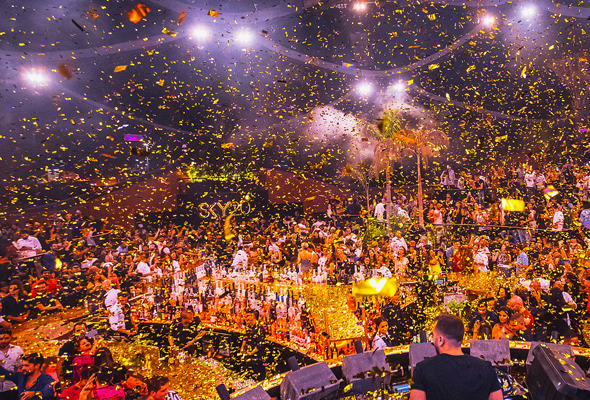 If you like to throw it back with R&B and pop’s best hits from throughout the decade, then Boombox Fridays are the night for you.

Skybar Beirut first opened in 2003 as one of the regions first outdoor restaurant-club, and became the Lebanese capital’s go-to party spot.  It moved in 2007 to the rooftop of Beil in 2009 the same year it was ranked among the world’s best bars.

Nightlife
EDITOR’S PICKS
Covid-19 rules in Dubai: all the updates you need to be aware of
READ MORE
9 royal-approved Dubai restaurants
READ MORE
16 of the best beach bars in Dubai for sundowners
READ MORE
Where to get the Covid-19 vaccine in Dubai, Abu Dhabi and across the UAE
READ MORE
MOST POPULAR
Platinum Heritage launches unique camping experiences in Dubai
Palm Jumeirah is set to welcome a McGettigan's and Trader Vic's
6 of the very best breakfast deals in Dubai
6 super things to do in Dubai this week: January 24 to 27
CZN Burak is opening a burger joint in Dubai
YOU SHOULD CHECK OUT
Our website uses cookies and other similar technologies to improve our site and your online experience. By continuing to use our website you consent to cookies being used. Read our privacy policy here.