F1 Abu Dhabi Grand Prix, Dubai Rugby 7s and a huge golf championship are all on their way…

Whether you’re more of a participator or spectator, Dubai’s sporting calendar features an impressive mix of events. And before the end of 2019, there’s still three huge events to come.

So whether you’re a sport fan or not, here are the 3 big sport events coming up in the UAE in 2019 that you need to be at… 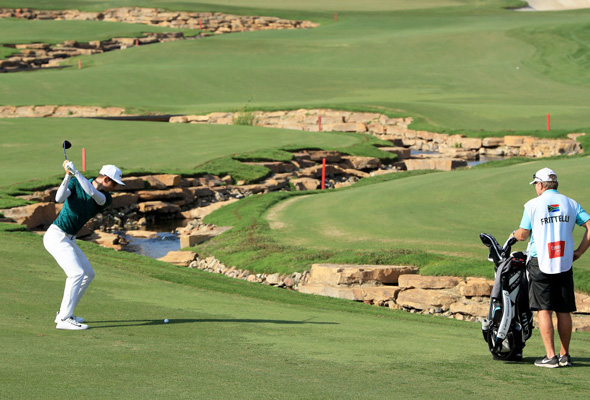 One for the golf fans, The DP World Tour Championship is taking place on the Earth Course at Jumeirah Golf Estates from November 21 to 24. The event marks the culmination of The European Tour Race to Dubai, in which there have been 47 tournaments in 31 countries and four continents around the globe, with golfing professionals battling it out to reach the final in the UAE. There will be a champion crowned for both the DP World Tour Championship in Dubai and a winner of the overall European Tour Race to Dubai. Currently topping the leaderboard is Bernd Wiesberger from Austria, followed by Jon Rahm from Spain and Shane Lowery, hailing from Ireland. General admission is free but pre-registration is required. 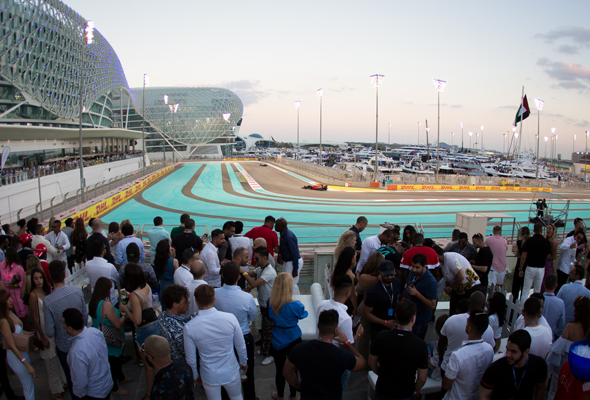 One of the highlights of the UAE social calendar is undoubtedly the Abu Dhabi Grand Prix. It’s not just for UAE residents either – the final F1 race draws in spectators from all over the world, often including some huge celebrity names. Taking place the the famous Yas Marina Circuit over three days, you’ll get to see all of the nail-biting action live from the stands, as well as at brunches across the circuit. It’s not just about the racing either, performing this year will be American DJ and producer Marshmello on Thursday November 28, rap superstar Travis Scott on Friday November 29, singer Lana Del Ray on Saturday November 30 and finally popular rock band, The Killers will round off the race weekend with an epic performance on Sunday, December 1. Two-day access tickets start from Dhs1970 and are available from Ticketmaster.ae 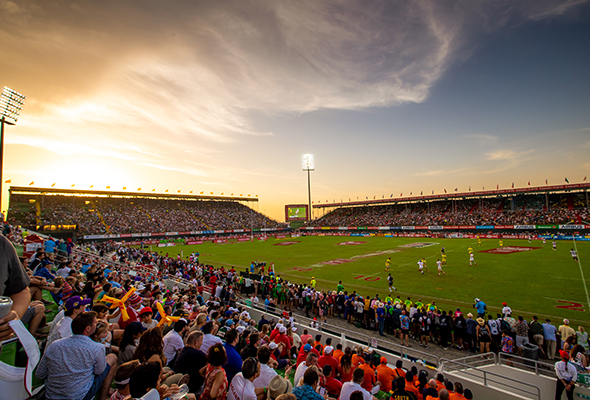 Whether you’re an avid rugby fan or not, the Emirates Airline Dubai Rugby Sevens is three days of fun for everyone, with tons of exciting activities, loads of food and beverage options to fuel your day and even a superstar concert. Celebrating its 50th year in 2019, Friday December 6 will see Kylie Minogue performing at the spectacular annual event. Access to the stadium on Thursday December 5 is free with ticket prices for the Friday priced from Dhs400 (including the concert) and tickets for Saturday start from Dhs300.

Sport & Fitness
EDITOR’S PICKS
What’s On Nightlife Awards 2021: Here are the nominees...
READ MORE
It's back! What's On Lock In returns to Media One Hotel
READ MORE
Arts and culture: 5 spots we can't wait to visit at Expo 2020 Dubai
READ MORE
UAE petrol prices are set to decrease in September 2021
READ MORE
MOST POPULAR
Towards the next 50: Five transportation systems coming to the UAE
Celebrity hotspot Caviar Kaspia to open in Dubai this October
Want to revamp your home? Check out Dubai Home Festival at Dubai Festival City Mall
Review: The little-known brunch at Sayad, is one of the capital's best
Why Armani/Mediterraneo needs to be on your Dubai dining bucket list
YOU SHOULD CHECK OUT
Our website uses cookies and other similar technologies to improve our site and your online experience. By continuing to use our website you consent to cookies being used. Read our privacy policy here.