Bollywood legend Amitabh Bachchan will be at Sharjah Book Fair

One for the Bollywood fans; legendary Indian Bollywood star, Amitabh Bachchan, will be in Sharjah on Wednesday October 30, 2019 at the Sharjah International Book Fair (SIBF).

The announcement has been confirmed by His Excellency Ahmed Al Ameri, Chairman of the Sharjah Book Authority, who stated in a re-tweet that Amitabh Bachchan, the most famous Indian star ever, will be a guest at SIBF this year.

An author himself, the Bollywood actor will be in the cultural capital of the Arab World to launch a book by Academy Award winner, Resul Pookutty called ‘Sounding Off: Amitabh Bachchan‘,

If you haven’t heard of author Resul Pookutty, you would have definitely heard his work in Academy Award winning ‘Slumdog Millionaire’, which he worked on alongside Richard Pryke and Ian Tapp. 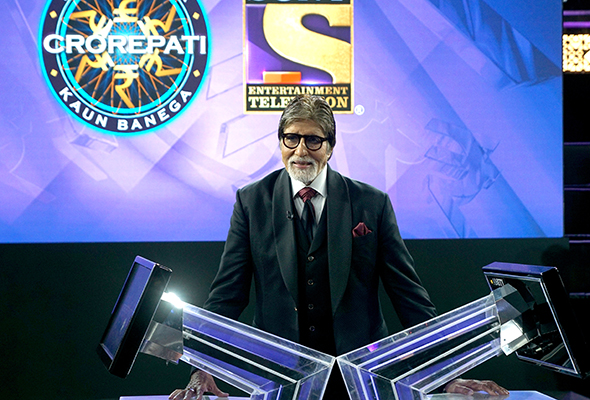 Al Ameri also confirmed that the Kaun Banega Crorepati (based on British game show Who Wants To Be A Millionaire) game show host will partake in an interactive audience segment.

The Sharjah International Book Fair will host a photo exhibition celebrating Bachchan’s 50-year journey in the industry, from his debut in Hindi movie Saat Hindustani back in 1969 to his role role in 1972’s Zanjeer, which propelled him to international stardom.

According to Gulf News, Al Ameri was quoted as saying “In hosting the Bollywood veteran Amitabh Bachchan, we want to highlight the close relationship between films and books; between intellectual production in general and its creative manifestation in international cinema.”

He also added that he was confident that the UAE will be eagerly waiting to see him in person, and listen to him talk about his experiences.

The event is free to enter, but Big B as he is known as in the Bollywood world, will be available only from 5pm until 6.30pm on Wednesday October 30. So, if you want to catch a glimpse of the Bollywood star, best head there early.

Culture
Things to do
EDITOR’S PICKS
What’s On Nightlife Awards 2021: Here are the nominees...
READ MORE
It's back! What's On Lock In returns to Media One Hotel
READ MORE
Arts and culture: 5 spots we can't wait to visit at Expo 2020 Dubai
READ MORE
UAE petrol prices are set to decrease in September 2021
READ MORE
MOST POPULAR
Towards the next 50: Five transportation systems coming to the UAE
Celebrity hotspot Caviar Kaspia to open in Dubai this October
Want to revamp your home? Check out Dubai Home Festival at Dubai Festival City Mall
Review: The little-known brunch at Sayad, is one of the capital's best
Why Armani/Mediterraneo needs to be on your Dubai dining bucket list
YOU SHOULD CHECK OUT
Our website uses cookies and other similar technologies to improve our site and your online experience. By continuing to use our website you consent to cookies being used. Read our privacy policy here.