Originally announced to make its Dubai debut on Friday November 8, the date was then updated to December. However, the latest email sent to those who pre-registered now advises that the festival will take place at the beginning of 2020.

“RiSE is a large production and we are meticulous about getting every little detail perfect so that your experience is as magical as possible. This additional planning has required us to find a new window in a very busy events calendar in Dubai,” the email read.

While the new date was not given, it’s expected to be announced “in the coming weeks” according to the email. 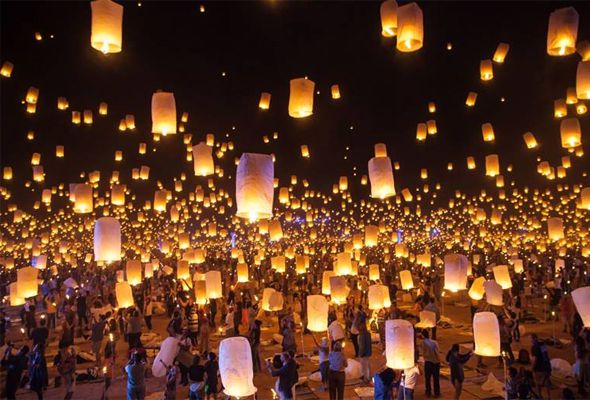 Organisers added that they were working “closely with a number of government and non-government partners to finalise all of the event details”.

Although the original location was given as Al Qudra, we don’t know if the change of date also means a change of location.

When the festival was announced in July 2019, it faced heavy backlash from UAE residents for it’s safety and environmental impact. In addressing this, festival organisers said that they have a “leave it better than we found it” policy, adding that all of the lanterns are 100 per cent biodegradable. “After the event our cleaning crews recover all of the lanterns from the surrounding desert as well as any pre-existing litter in the area, leaving the desert cleaner than it was when we arrived,” a statement on their official website reads.

The one-day music and lantern festival is described as a family-friendly event, and at the time of announcement promised a line-up of exciting artists as well as the stunning lantern release for which it’s become famous for.

Events
EDITOR’S PICKS
What’s On Nightlife Awards 2021: Here are the nominees...
READ MORE
It's back! What's On Lock In returns to Media One Hotel
READ MORE
Arts and culture: 5 spots we can't wait to visit at Expo 2020 Dubai
READ MORE
UAE petrol prices are set to decrease in September 2021
READ MORE
MOST POPULAR
Towards the next 50: Five transportation systems coming to the UAE
Celebrity hotspot Caviar Kaspia to open in Dubai this October
Want to revamp your home? Check out Dubai Home Festival at Dubai Festival City Mall
Review: The little-known brunch at Sayad, is one of the capital's best
Why Armani/Mediterraneo needs to be on your Dubai dining bucket list
YOU SHOULD CHECK OUT
Our website uses cookies and other similar technologies to improve our site and your online experience. By continuing to use our website you consent to cookies being used. Read our privacy policy here.