Carrefour to stop giving out plastic bags to customers

Majid Al Futtaim, the retail chain behind supermarket giant Carrefour, has announced plans to phase out single use plastic by 2025.

As part of their plastic-free commitment, they’ll stop giving out plastic bags to customers at all of their Carrefour stores, of which they have nearly 300.

The move hopes to encourage shoppers to bring their own reusable and recyclable bags when shopping at Careefour.

Once fully implemented in 2025, the initiative will eliminate single-use plastic bags as well as all other unnecessary plastic, executives confirmed. This will include removing single-use plastic straws, cutlery, containers and trays from all Carrefour stores and the company’s business units, according to a report by Gulf News.

Merchandise made from plastic such as garbage bags and cleaning products will still be available to buy in Carrefour stores. 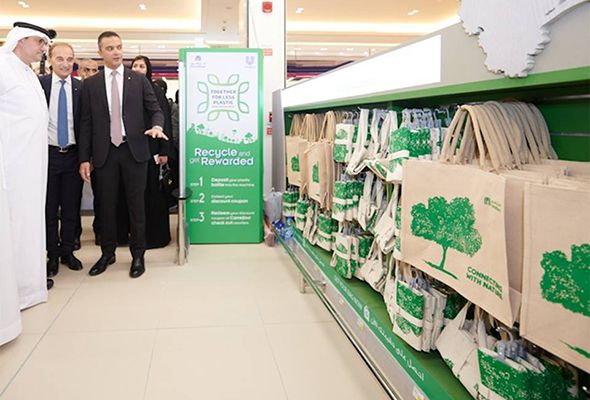 While the plastic-free plan will be rolled out over the next few years to be fully implemented by 2025, Majid Al Futtaim didn’t confirm exactly when they would stop giving out plastic bags at Carrefour.

Though Hani Weiss, CEO at Majid Al Futtai – Retail, did say that the initiative would cut 800 million plastic bags out of circulation each year.

Other steps are being taken to encourage shoppers to bring their own bags to supermarkets across the UAE. Speaking in July 2019 Shaikha Al Hosani, executive director of the environment quality sector at the Environment Agency Abu Dhabi, told The National that a move to charge a small amount for plastic bags at supermarkets is ‘in the pipeline’.

The decision by Majid Al Futtaim will also see single-use plastic phased out across 26 malls, 13 hotels and 46 VOX Cinemas.