Keep your eyes peeled out there…

Professional footballer Wayne Rooney and his wife Coleen were spotted enjoy a vacation in Dubai this week. The famous couple enjoyed a day at Cove Beach, where Wayne even took to the mic for a singalong, as well as dinner at Mandarin Oriental Jumeria.

Brazilian footballer Ronaldinho was also in Dubai this week, checking out some of the nightlife spots in Marina. He was spotted in Ramusake, Garden on 8 and Q43, and happily posed for photos with fans.

One Republic played a private gig for the Dubai Air Show at the Coca-Cola Arena. Lead singer Ryan Tedder took to Instagram to share a video in front of a few Dubai Police supercars at the Westin Mina Seyahi, as well as at Dubai institution, Ravi’s. Taking to Instagram, Tedder captioned his post “Anyone ever traveling to Dubai- worth the drive to old town- we always hit Ravi. It’s a 10.”

The Devil Wears Prada actor Adrian Grenier has been in Dubai the past week for work, but has confessed to ‘over-enjoying’ his time here. It looks like he’s been staying at FIVE Palm Jumeirah and checked out Maiden Shanghai while he was there, as well as a trip to the desert. 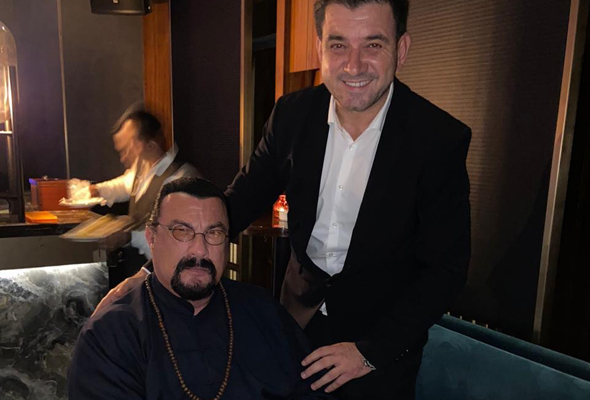 Former Dubai resident and Love Island contestant Laura Anderson is back in Dubai this week and popped in to Mr Miyagi’s, Media One while staying at Rixos Premium Hotel JBR.

Another former Love Island contestant and former Miss England Zara Holland has headed to Dubai for some winter sun, sharing snaps of her vacation with her 290,000 Instagram followers.

Celebrities
EDITOR’S PICKS
What’s On Nightlife Awards 2021: Here are the nominees...
READ MORE
It's back! What's On Lock In returns to Media One Hotel
READ MORE
Arts and culture: 5 spots we can't wait to visit at Expo 2020 Dubai
READ MORE
UAE petrol prices are set to decrease in September 2021
READ MORE
MOST POPULAR
Abu Dhabi: Wristband no longer required for most home quarantine
As of September 19, PCR test not required to enter Abu Dhabi from UAE
This new family-friendly brunch includes free cinema tickets
Pics of the week: Your best photos of the UAE
How to use Playkey.me, the region's first supercharged cloud gaming service
YOU SHOULD CHECK OUT
Our website uses cookies and other similar technologies to improve our site and your online experience. By continuing to use our website you consent to cookies being used. Read our privacy policy here.