CÉ LA VI is famed for bringing contemporary Asian cuisine to breathtaking locations around the world. For its Dubai debut, it comes complete with an infinity pool, sky bar, club lounge and restaurant, and occupies the 54th floor of the Address Sky Sky View hotel. Ahead of its opening later this month, executive chef Howard Ko talks us through the must-try dishes you won’t want to miss on his menu. 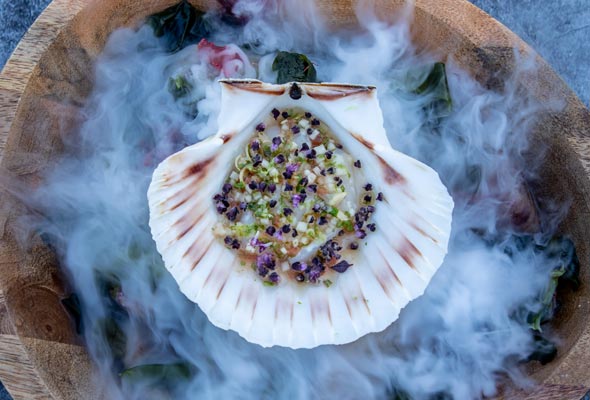 “One of the signature dishes of CÉ LA VI, it’s served in all of our locations around the world, but each with its own delicious twist.” 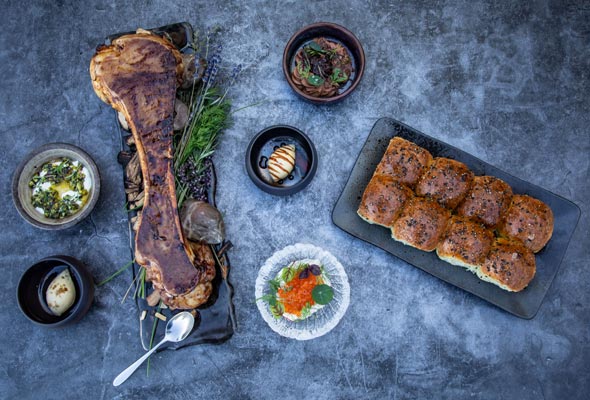 “Being from California, I wanted to bring an American bread to the menu that is special to me, but make it with Asian flavours and accompaniments. The perfect way to start a communal eating experience, it gives a sense of family and brings people together through food and conversation.” 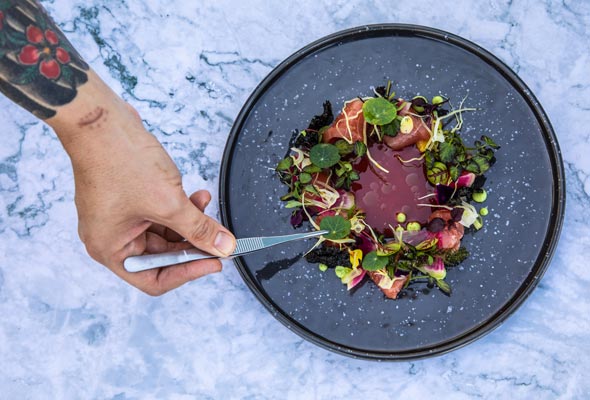 “While ponzu is traditionally soy based with citrus, we flipped it so that it’s blood-orange based with a hint of white soy, this makes it more fruitful and refreshing for the tuna tartare. “ 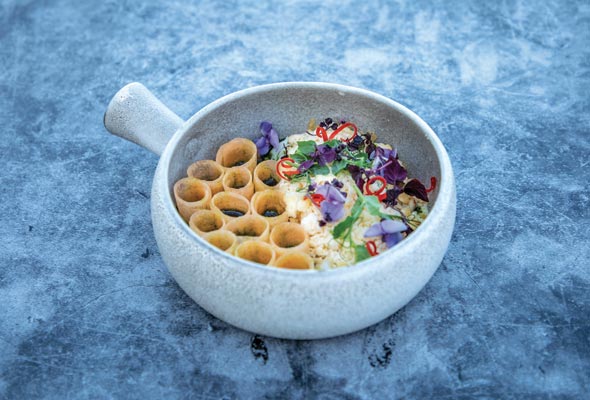 “This is a dish I’ve been working on and tweaking for over three years. The dish is essentially a crab salad but it has a couple of different elements. For example, on the bottom it’s set with a lemongrass tea and then the frozen mousse is made with a lemon mousse that’s dipped into liquid nitrogen. So, when you eat it, it just dissipates in your mouth.” 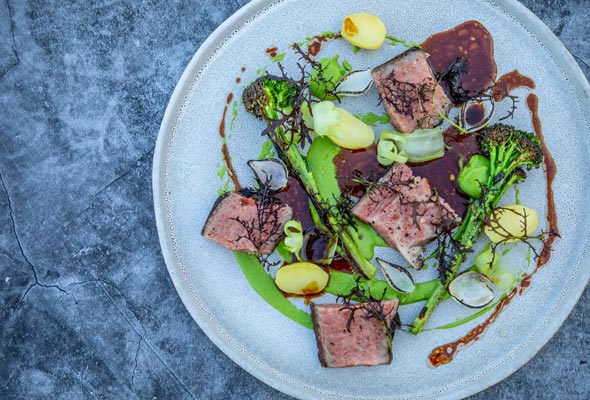 “Growing up in America, Chinese fast food is beef and broccoli, and this is my play on beef and broccoli. We use high grade wagyu, but secondary cuts so it’s actually affordable and attainable for our guests. The sauce is made with a bit of white soy, veal reduction and kombu seaweed, broken with bone marrow fat. “ 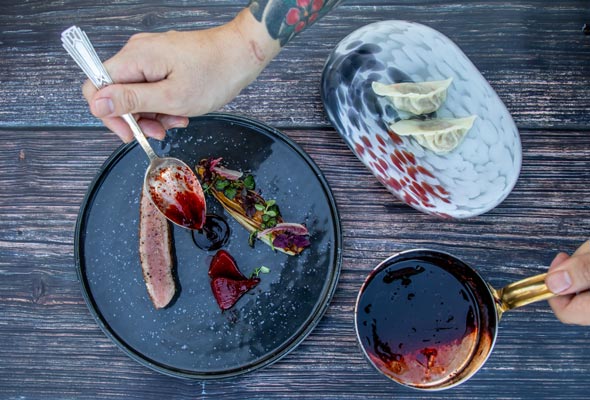 “One of the sauces that was most memorable from my time at French Laundry in Napa Valley is the beetroot reduction served in this dish. You take a simple ingredient like beetroot and reduce it rapidly but with care, and finish it with a little butter and vinegar. It creates an earthy, sweet complexity that complements the aged duck breast beautifully.” 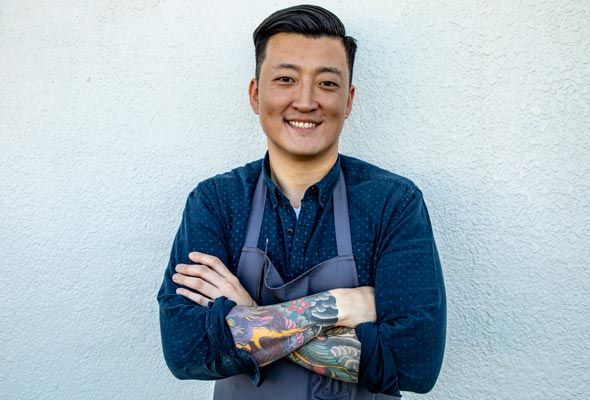 Raised in Los Angeles, chef Howard Ko discovered a passion for cooking at an early age and spend most of his childhood in the kitchen of his family home. He moved to New York to pursue his dreams, landing a job at the Michelin-starred DANIEL in 2006. Stints at Picholine, Restaurant Mélisse and The French Laundry followed.

Chef Ko’s focus is reinventing the classics; finding that perfect balance between tradition and modernity. This is perhaps why he describes the menu at CÉ LA VI as “the best of how other cultures eat and introducing that into Asian flavours.”

“I would say the menu is contemporary Asian but taking a European and American approach” explains chef Ko. Pairing this with his own culinary style, which he describes as “approachable, rustic and a focus on attention to detail”, it looks like CÉ LA VI has a solid recipe for success. “Our main goal is not to just feed people but to create memories. People come for an experience and we want to deliver that at the highest level”.

Eat & Drink
Restaurants
EDITOR’S PICKS
Exclusive Reveal: Topgolf Dubai is here and ready for action
READ MORE
65 of the best outdoor bars and terraces in Dubai
READ MORE
7 brilliant dining deals in Dubai this month
READ MORE
18 of Dubai's most Instagrammable breakfast spots
READ MORE
MOST POPULAR
Enjoy savings on organic wine and free delivery from African & Eastern Direct
The best restaurants at The Pointe with Palm Fountain views
Tough Mudder returns to the UAE this February
This family staycation includes daily tickets to Dubai's top attractions
Britain's Got Talent's hilarious improv troupe to perform in Dubai
YOU SHOULD CHECK OUT
Our website uses cookies and other similar technologies to improve our site and your online experience. By continuing to use our website you consent to cookies being used. Read our privacy policy here.