Culture
Film
Things to do
Workshops

During the course of the eight day festival at Sharjah’s heritage area, there will be over 50 film screenings to watch, and talks and workshops you can attend as well.

Here are the highlights…

The festival will show over 50 local, regional and international films range from narrative, documentary and experimental. The opening ceremony will include the premiere of three short films by directors who won the Short Film Production Grant. 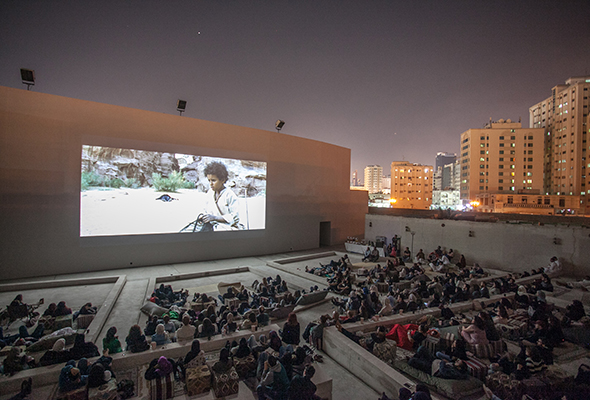 They can be enjoyed at the foundation’s open-air, outdoor Mirage City Cinema, which is surrounded by restored heritage homes. Al Hamra Cinema – Sharjah’s first and oldest movie theatre, will also host some films.

Tickets are Dhs20 for general admission, and for students its Dhs15. Purchase the all access ticket for Dhs100 that will give you access to all the film screenings during the festival.

You can get your tickets at the foundation’s Information Centre in Al Mureijah Art Spaces, Al Mureijah Square and on the Sharjah Art Foundation website soon. 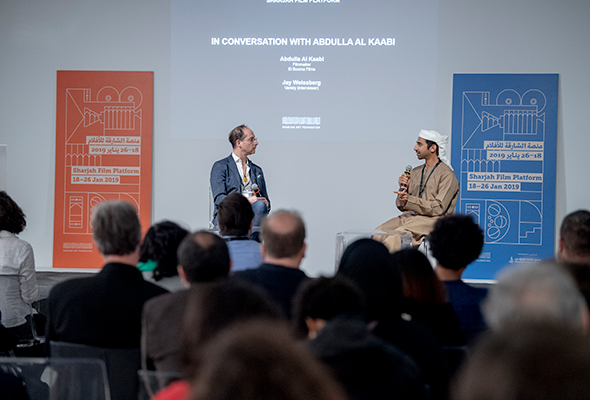 For those that want to attend the talks and workshops, they’re all open to the public and free to attend, although registrations are required – you can do this here.

The talks each focus on different aspects of filmmaking and will bring together filmmakers, artists and industry professionals to Sharjah’s 174-year-old heritage site, Bait Obaid Al Shamsi.

If you’re an aspiring filmmakers or film enthusiast, you need to check out the Sharjah Film Platform. They’ll be hosting workshops during the course of the festival, focusing on improvisation and film criticism. It’s available for two days only on Tuesday December 17 and Wednesday December 18, 2019.

A full schedule can be found on here.

Culture
Film
Things to do
Workshops
EDITOR’S PICKS
Ain Dubai will open with fireworks, live music and a drone show
READ MORE
Incredible Aura SkyPool to open in Palm Tower this November
READ MORE
Brit Grand Slam hero Emma Raducanu confirmed for Mubadala Tennis
READ MORE
What’s On Nightlife Awards 2021: Here are the nominees...
READ MORE
MOST POPULAR
Why Armani/Hashi is trending hard on the Japanese cuisine scene
Celebrate creativity at City Walk during this three-weekend event
This Heinz Beck brunch at Waldorf Astoria just got an upgrade
10 brilliant things to do in Abu Dhabi this long weekend: Oct 21 to 23
Experience Arabesque elegance at Asil's Saturday lunch
YOU SHOULD CHECK OUT
Our website uses cookies and other similar technologies to improve our site and your online experience. By continuing to use our website you consent to cookies being used. Read our privacy policy here.