A cool desert film festival launches in Dubai this week

Fancy going for a film with nothing but the Dubai sand dunes and starry sky to keep you company? Well, you can at the inaugural Al Marmoom: Film in the Desert.

Thanks to Dubai Culture and Arts Authority (Dubai Culture), this festival allows moviegoers to experience films in a whole new light – in the heart of the Al Marmoom desert.

(1/2)We are thrilled to announce the opening of the first edition of ‘Al Marmoom: Film in the Desert’.

Inspired by the natural desert, the ‘Al Marmoom: Film in the Desert’, offers a unique platform for the film community & emerging filmmakers within the region pic.twitter.com/EjIRY5hZVt

Not only is this a getaway from busy Dubai, but it’s the perfect opportunity to experience the heritage and culture of this amazing city.

The event takes place from Wednesday March 4 to Saturday March 7 and is free to attend.

What kind of films can you expect to see?

The event will showcase films that celebrate life in the Gulf region, allowing viewers to learn about other communities and providing a platform for emerging filmmakers to present their work. 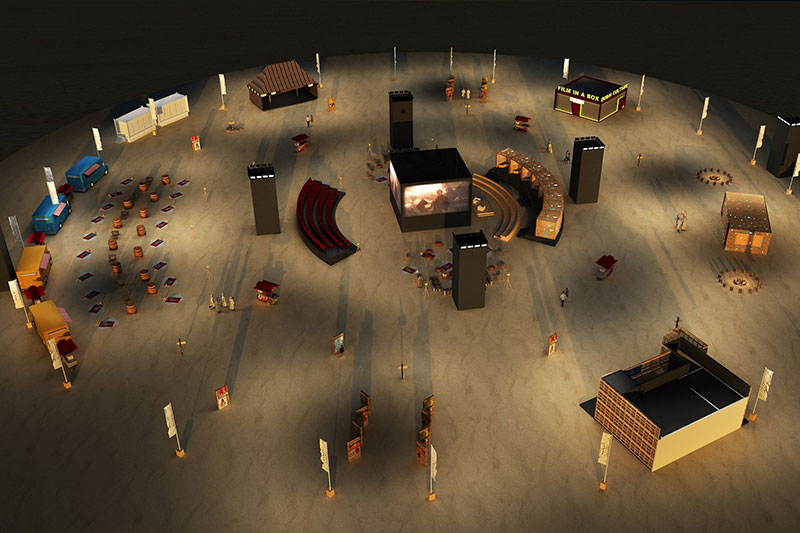 At the event you can also find workshops and masterclasses by experts in the field for those interested in the film industry in the region. An events program can be viewed here.

According to Hala Badri, Director General of Dubai Culture, the “inspiration for the event comes from the desert, and the stories on display reveal narratives about the environment as well as how it plays a role in the lives of so many people from the Gulf region.”

Dubai Culture is also set to launch a pop-up cinema concept aptly named “Films In A Box” because literally is a cinema in a transportable box-shaped theatre. The 28-seat theatre will be used to screen short, non-dialogue films to appeal to different cultures and to show support to the hearing-impaired community.

Events
Film
EDITOR’S PICKS
So, when is the next UAE public holiday in 2021?
READ MORE
All of the lavish new hotels set to open in Dubai in 2021
READ MORE
16 of the best pool passes in Dubai that are fully redeemable
READ MORE
All of the restaurants at West Beach, Palm Jumeirah
READ MORE
MOST POPULAR
New films to watch in cinemas this week: June 17 to 23
Yas Marina Circuit ready to 'welcome back fans' to Abu Dhabi Grand Prix
Father's Day Abu Dhabi 2021: 7 great deals dad will love
Abu Dhabi building project will house mosque, church and synagogue
7 epic things to do in Abu Dhabi this weekend: June 17 to 19
YOU SHOULD CHECK OUT
Our website uses cookies and other similar technologies to improve our site and your online experience. By continuing to use our website you consent to cookies being used. Read our privacy policy here.