Emirates Loto’s 2nd prize for matching 5 of 6 numbers, rolls over to Dhs2 million

Sponsored: And the top jackpot still sits at a massive Dhs50 million…

It’s a double rollover week for Emirates loto, with the prize fund for matching five out of six numbers, now increased to Dhs2 million.

And with nobody claiming the top prize either last week, the jackpot for matching all six numbers in the region’s first fully digital collectables scheme with optional free entry to a weekly draw, remains a staggering Dhs50 million.

The next Emirates Loto live draw begins at 9pm on Saturday, June 27. And you can watch the numbers roll out live on their website, as well as their Facebook and YouTube accounts. 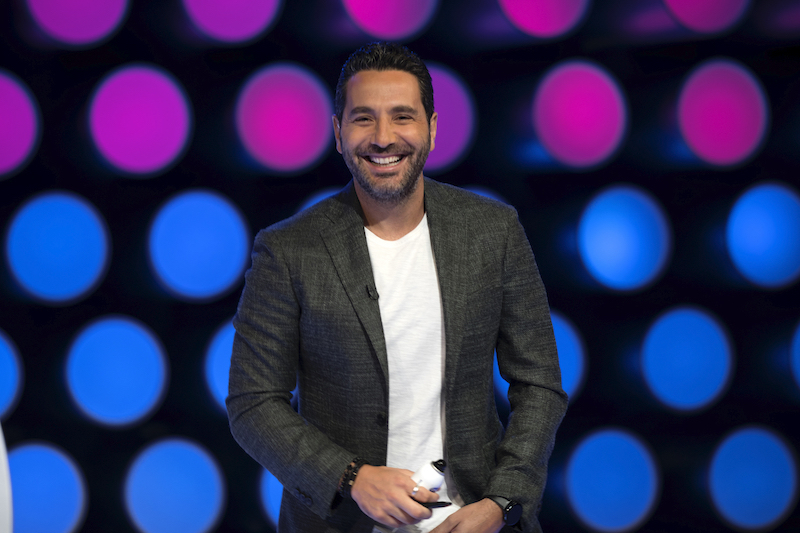 If you won, what could you buy with Dhs50 million?

It’s sensible to consider investing in property or giving some away to friends and family. But what if you wanted to go all-in on a big-ticket dream? Here’s what your shopping spree could look like:

There are a bunch of private islands for sale in the Caribbean that are in your price range, some with their own houses and marinas. And if you have a marina why not a 140 ft superyacht?

You could buy an 18th-century Scottish castle, put on a concert, or head to the auction and bag a painting from impressionist master Auguste Renoir. You could purchase any of these individual items and still have change for a fleet of supercars and a diamond-encrusted iPhone.

Putting its money where its heart is

Or if you want to follow in the footsteps of Emirates Loto, you could use your money to make the world a better place.

With the number of charities in the UAE helping fantastic causes, donating to a worthwhile cause that can help those who need it most would be an admirable way to spend the Emirates Loto jackpot.

In the last draw, on June 20, Emirates Loto shared the story of how it covered the hospital bills of a UAE resident.

Gloria Castillo, a national of The Philippines, has been living in the UAE for 30 years, using her savings to help friends and relatives in times of financial trouble.

In an emotional address from her nephew on the show, we learned that Castillo was taken suddenly and very seriously ill at her home in Ajman.

In her own time of need, as a mark of solidarity, and to celebrate the expat’s good deeds, Emirates Loto stepped up to pay her mounting hospital bills.

Proving that when you play, even if you don’t win, you could still be investing in the future of other well-deserving people.

You play by purchasing collectables featuring UAE landmarks, for Dhs35 each.

These collectables can be bought through the emiratesloto.com website, app (available at the Apple and Google Play app stores), or in person at one of the approved retailers, which include most Choithrams stores. Note there is a small delivery fee if purchased online.

Once you’ve bought your collectables you’ll need to register them. This can be done automatically if you made your purchase online, but if you bought them at a store there will be a unique 16 digit number on the back of the collectable, that you’ll need to enter online or through the app.

After this, you’ll be given the option to enter the weekly draw. Each purchased collectable will entitle you to choose a set of six numbers between 1 and 49, which will be your draw entry – and will need to match those selected in the live draw for you to win.

Anybody matching three out of six numbers wins another spin — one free entry into an upcoming draw.

If you match four numbers, you’ll win Dhs300. Match five numbers out of six to win up to Dhs2 million and match all six to win a possible Dhs50 million.

If more than one person matches five or six numbers in the same week, that prize fund will be evenly divided.

When you buy the collectables, there are several designs to choose from and collect. A collectable must be purchased and you cannot simply pay to enter the draw.

For your chance to win Dhs50 million with Emirates Loto, get your collectable purchases in before the live draw, at 9pm on Saturday, June 27, 2020.

News
Things to do
EDITOR’S PICKS
Here's the full list of UAE public holidays in 2023
READ MORE
23 incredible things to look forward to in the UAE in 2023
READ MORE
Hidden gems: 10 UAE desert pop-ups to discover this winter
READ MORE
Where to travel in 2023: 10 new flight routes from the UAE
READ MORE
MOST POPULAR
Cult Expo bakery, Bread Ahead to open in Mall of The Emirates
First look: Milos by Costas Spiliadis opens in Atlantis the Royal
Upcoming performances, international artists and more in Dubai
16 upcoming shows, sports events, concerts and festivals in Abu Dhabi
Win a holiday around the world with Dubai Creek Resort
YOU SHOULD CHECK OUT
Our website uses cookies and other similar technologies to improve our site and your online experience. By continuing to use our website you consent to cookies being used. Read our privacy policy here.