It comes with direct access to the theme park…

If being home to a 1.65 million square feet Warner Bros theme park wasn’t fun and exciting enough, the capital will be opening the world’s first Warner Bros. themed hotel in 2021.

At the moment, construction on the hotel is at 75 per cent and as construction nears completion, real estate developer Miral have announced that the hotel will be operated by Hilton under the Curio Collection by Hilton brand.

Not only is it the first Warner Bros. themed hotel in the world, but it will also be the first Curio Collection hotel in Abu Dhabi.

Here’s what we know so far.

The hotel will boast over  250 rooms which will be themed on your favourite characters from Bugs Bunny to Daffy Duck, Tweety Bird, Sylvester the Cat and much more.

The rooms will be spread over eight levels and will feature modern décor that celebrates Warner Bros.’ extensive film, television programmes and comics. 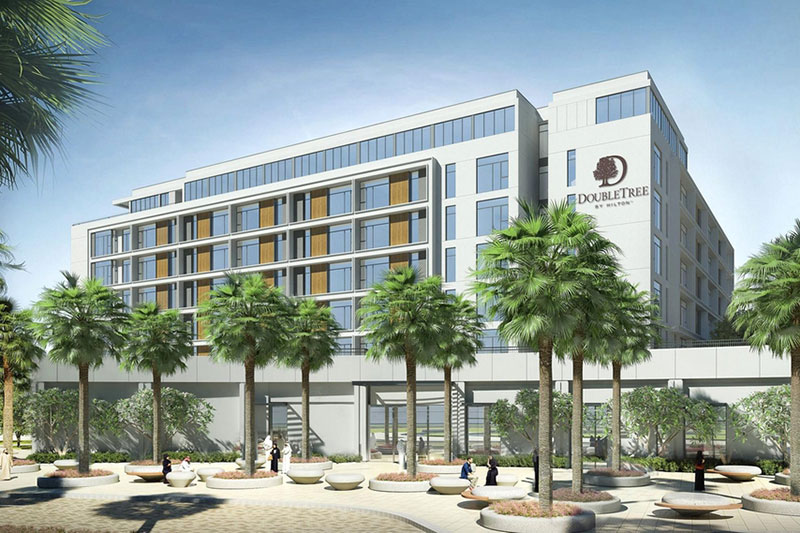 Miral has also announced a second property featuring serviced residences which will be operated under the DoubleTree by Hilton brand.

The DoubleTree by Hilton – Yas Island Residences will feature 156 units from studios to three-bedroom apartments. Facilities will include in-room kitchenettes, a gym, pool and recreational facilities.

The residence will also be located close to the Warner Bros. World Abu Dhabi theme park. It is also on track to open in 2021.

We can’t wait to book our stay here!