The change was noticed on March 15 in the morning…

Eagle-eyed residents noticed a change in their phone network to ‘ECD Play’ early this morning. ECD stands for ‘Emirati Children’s Day’ – a national occasion celebrated in the UAE on March 15 every year.

The day was first introduced in 2018 and was announced by Sheikha Fatima bint Mubarak, Chairwoman of the General Women’s Union, President of the Supreme Council for Motherhood and Childhood, and Supreme Chairwoman of the Family Development Foundation. 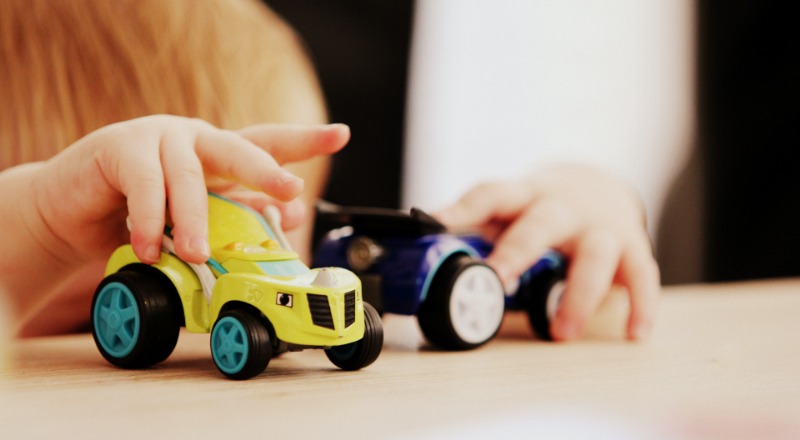 Earlier this week, Sharjah launched the ‘Children’s Right to Play’ campaign on social media, coinciding with the day, to educate members of the community about the importance of play for children.

5 great ways to celebrate the Month of Reading in UAE
Whatâ€™s On The Bookshelf: Four childrenâ€™s books to read to your child (or on your own)

The campaign held on @sharjahchildfriendly is aimed at encouraging children to share their understanding and experience of playing through posting original creative videos on social media. It is open until the end of March with great prizes up for grabs.

According to Dr Hessa Khalfan Al Ghazal, Executive Director of Sharjah Child Friendly Office, ‘Children’s rights are indivisible; children cannot be given some of their rights and be deprived of others. Play is a fundamental right that every child should enjoy, as it is vital to both psychological and physical development.’

Dr Hessa added that play is also crucial in discovering and unleashing talents and capabilities and gaining essential life skills.

Across the UAE, legislations and regulations have been issued to protect children and raise their awareness about their rights, committees and centres have been set up to report cases of assault on children and much more.

Today, on March 15, the Emirati Children’s Parliament will hold the opening session of its first legislative chapter. The parliament’s establishment reflects the UAE’s keenness to support children and the youth, as well as improve their political awareness, to ensure their active participation in the development process.

News
EDITOR’S PICKS
Ramadan in Dubai: 48 iftars to try
READ MORE
Where can Dubai residents travel? Check out these 14 destinations
READ MORE
Rumours, facts and reveals: New Abu Dhabi bars and restaurants
READ MORE
UAE announces reduced working hours for Ramadan 2021
READ MORE
MOST POPULAR
Grand Cosmopolitan Hotel in Al Barsha has got you covered this Ramadan
Watch: Abu Dhabi succeeds with seeding project of super rare tree
Fitness for teens: F45 Prodigy is coming to Dubai
7 jaw-dropping discounts and deals on Dubai staycations
Dubai Future Foundation reveals it built the first 3D printed building illegally
YOU SHOULD CHECK OUT
Our website uses cookies and other similar technologies to improve our site and your online experience. By continuing to use our website you consent to cookies being used. Read our privacy policy here.