A member of the same botanical family as the emblematic ghaf, the Al-Sarh is extremely rare in the UAE. Previously thought to be exclusive to the rocky hinterlands of Ras Al Khaimah in the UAE, a single century-old tree was found in Abu Dhabi last year.

Spotted in the Malaqit area, east of Al-Ain, near the border with Oman, the Environment Agency – Abu Dhabi (EAD) lept into quick conservation action.

Speaking about what happened after the discovery, HE Dr. Shaikha Salem Al Dhaheri, EAD’s Secretary General, said: “Following the directives of His Highness Sheikh Hamdan bin Zayed Al Nahyan, EAD has made numerous attempts to propagate the Al-Sarh tree.”

“We have propagated these trees in our nursery in Al Dhafra region, which provided the initial batch of 25 plants rehabilitated within Jebel Hafit National Park.”

The EAD created special incubators for the conservation project, to help shield the saplings from the extremities. Kept in the shade and provided with irrigation, the seeds were given the best possible start in life, away from competitive stresses.

Interventions of this kind are necessary when species are on the brink of disappearing in the region. And although they do have artificial access to water now, it will gradually be scaled back to allow the trees to stand on their own.

The EAD’s breeding programme will continue, along with a commitment to replant the trees in appropriate areas. 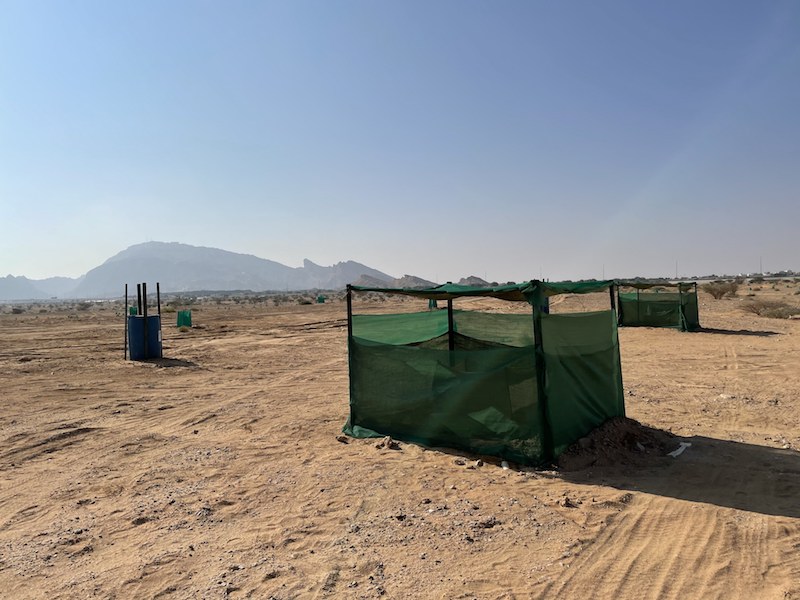 An Al-Sarh line up of facts and figures

Before we leaf you in peace, Ahmed Al Hashemi also of the EAD has provided some fascinating factoids about this plucky species which are well-worth a read.

The UAE represents the very eastern edge of where this tree grows naturally, “The Al-Sarh tree is considered a native species of Africa as well as being part of the Arabian Peninsula within the Hashemite Kingdom of Jordan, Palestine, the Republic of Yemen, the Kingdom of Saudi Arabia, the Sultanate of Oman”.

Regarding the anatomy of the tree itself, Al Hashemi explains: “[the] Al-Sarh tree, is an evergreen tree with a height of approximately 8 meters. It has small oval- shaped leaves which are densely clustered on the branches giving them a dense crown and providing excellent shade when its mature. Its single, radial flowers form in January and February and then transform into small fruits that ripen during March and April.”

News
EDITOR’S PICKS
UAE holiday dates announced for Eid Al Adha
READ MORE
Another update: Emirates extends suspension of flights from India to UAE
READ MORE
Coming soon: Everything we know about Ain Dubai so far
READ MORE
Khorfakkan set to open new tourist attraction 580 metres above sea level
READ MORE
MOST POPULAR
A new upscale Chinese restaurant with karaoke is opening in Dubai
Feast on the best unlimited chicken wing deals in Dubai
It's Dhs350 to brunch, stay and play at the What's On Lock In this weekend
6 great things to do in Abu Dhabi this week: July 25 to 28
6 fun things to do in Dubai this week: July 25 to 28
YOU SHOULD CHECK OUT
Our website uses cookies and other similar technologies to improve our site and your online experience. By continuing to use our website you consent to cookies being used. Read our privacy policy here.