Celebrating Friends The Reunion: 8 of the best episodes ever

Sponsored: The long-awaited Friends: The Reunion is here and is ready to stream on OSN. To celebrate, we share 8 of our favourite ever episodes…

It’s finally here. After years of speculation followed by anticipation, the Friends reunion is finally here. OSN subscribers can enjoy watching the reunion, titled “The One Where They Get Back Together” the same time as the world release.

It’s important to remember that this isn’t a reboot of the NBC sitcom that ran for 10 years starting in 1994. It’s just a wonderful chance for all your old pals ­– Jennifer Aniston, Courteney Cox, Lisa Kudrow, Matthew Perry, David Schwimmer, and Matt LeBlanc – to get back together.

Many of them are busy with other projects: Aniston has The Morning Show; Cox has a new horror series; and Kudrow should be working on another season of The Comeback.

But for more than 100 glorious minutes, the crew will get together on the Warner Bros. soundstage, Stage 24 to discuss their time on the show. There a table reads, trivia games, fashion shows, archive clips and celebrity interviews all weaved in for fun.

In preparation for watching Friends: The Reunion, here are 8 of our favourite episodes…

The one where no one’s ready (Season 3, episode 2) 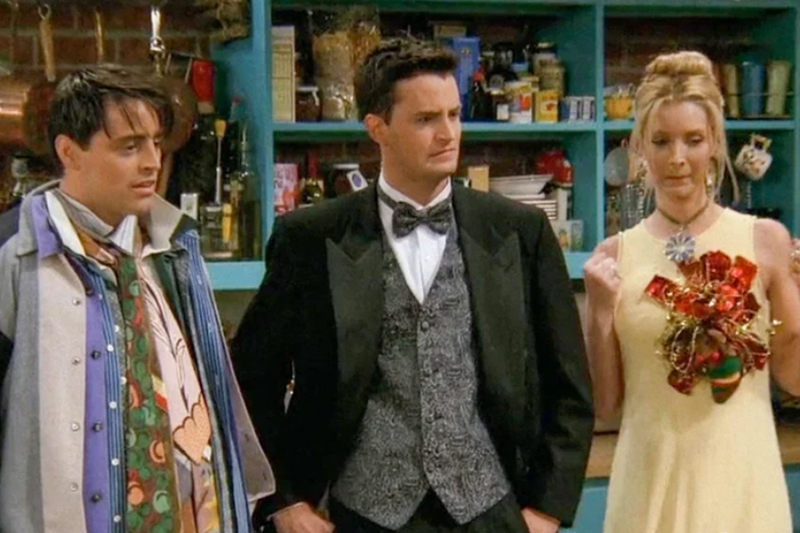 Joey sits in Chandler’s chair. Phoebe gets hummus on her dress. Rachel can’t decide what to wear. Monica is freaking out over a voice message that her ex Richard has left on her answering machine. Ross reaches boiling point.
Best line:
Joey: “Could I be wearing anymore clothes?”

The one with the jellyfish (Season 4, episode 1) 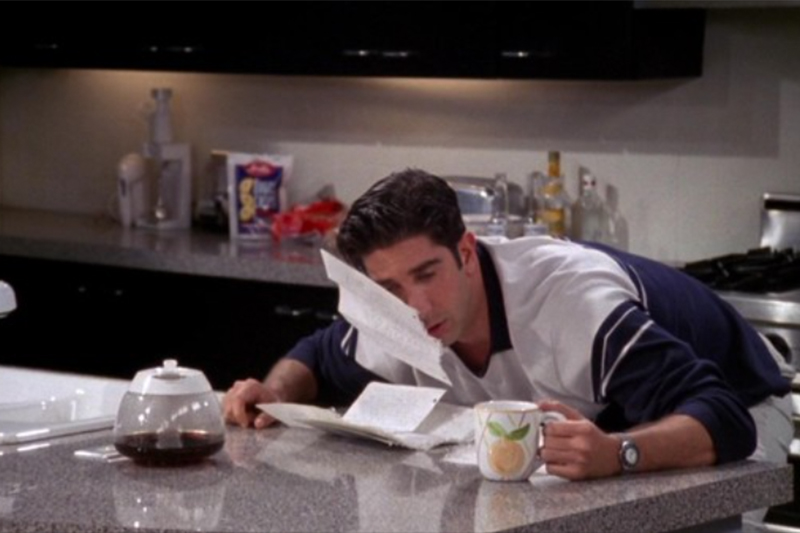 Ross has chosen to be with Rachel. Happiness fades as he’s asked to read a rather long letter written by Rachel asking him to take responsibility for their relationship ending. He falls asleep before reading it all, pretends he has, only to lose his mind when we realises what he’s agreed to.
Best line:
Ross: ““Eighteen pages, front and back!”

The one with all the rumour (Season 8, episode 9) 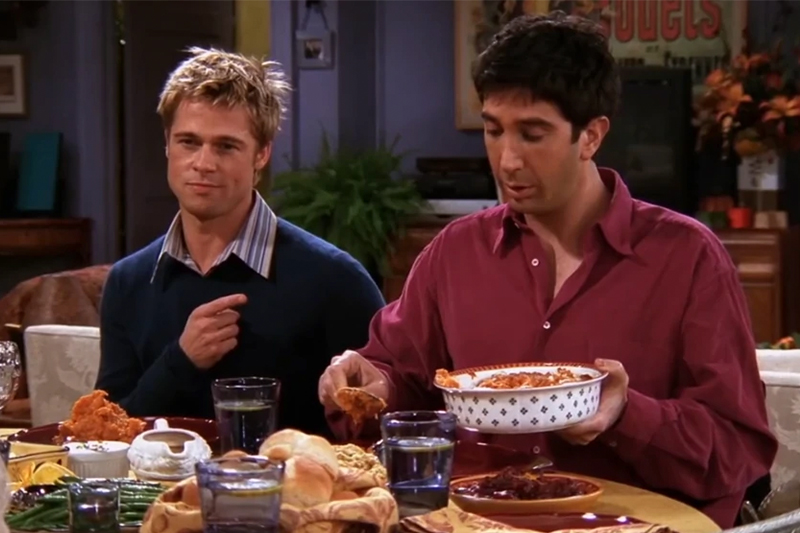 Two words: Brad Pitt. Undoubtedly the best guest-starring role of the entire show. Brad (then husband to Jennifer Aniston) stars as Will, an old schoolmate of Ross, who was bullied by Rachel. But he pulled a ‘Neville Longbottom’ and happens to be hunk now. Still hates Rachel, though.
Best line: Will: ‘Look at her holding those yams. Those are my two worst enemies, Rachel Green and complex carbohydrates.”

The one with the football (Season 3, episode 9) 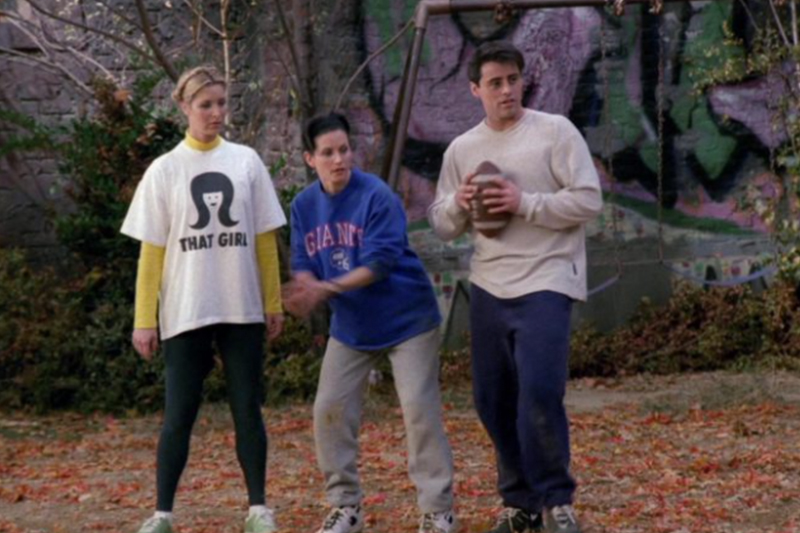 It’s Thanksgiving, and in between cooking, The Gellar siblings captain the most ridiculous game of touch football. Phoebe’s never played, Rachel is constantly underestimated and Joey and Chandler peacock over a spectator.
Best lines:
Monica: “Okay guys, I have exactly 28 minutes before I have to baste again.”
Chandler: “Wow, just like in the pros.”

The one where everybody finds out (Season 5, episode 14) 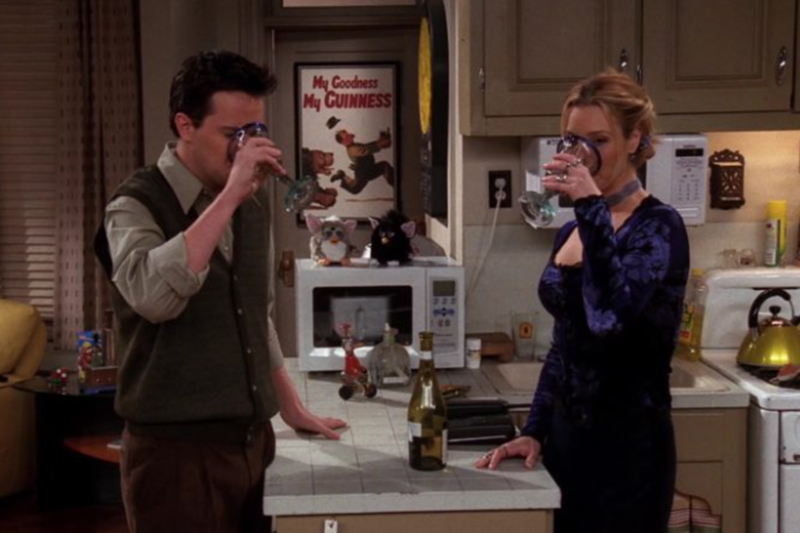 After sneaking around since Ross’s London wedding, Monica and Chandler’s big secret implodes, and Rachel’s the first to clock on. Instead of letting the new couple know, Phoebe and Rachel decide to mess with them. Phoebe gets flirty with Chandler. Monica then figures that Phoebe has to know, and decides to try and beat them at their own game.
Best line:
Phoebe: “They don’t know that we know they know we know.”

The one with the embryos (Season 4, episode 12) 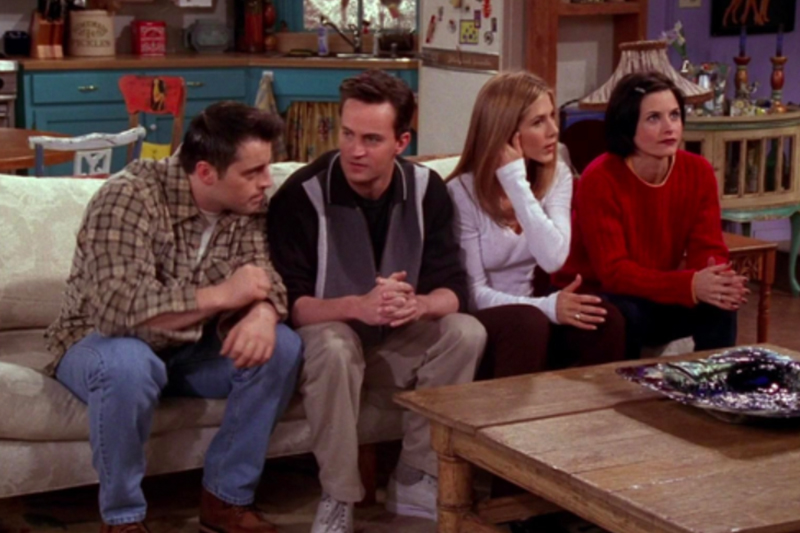 A classic episode of Friends, and one that’s recreated in Friends: The Reunion. Aside from Phoebe becoming a surrogate for her brother (hence the episode’s title), it’s actually watching Monica and Rachel getting embroiled in a gambling battle with Chandler and Joey that makes this one of the best episodes ever.
Best lines:
Monica: “I’m just trying to spice it up”
Rachel: “So play for pepper. Stop spending my money.”

The one with all the resolutions (Season 5, episode 11) 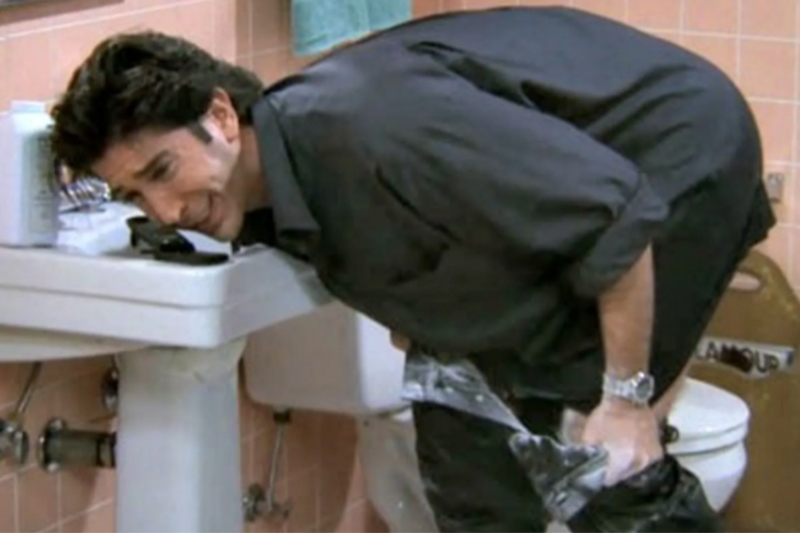 All the characters commit to bettering themselves with the start of the new year. Chandler agrees not to make fun of his friends, Rachel won’t gossip, Phoebe will charter a plane, and Ross has to try a new thing everyday, which includes buying a pair of leather trousers. He decides to wear them on a date, which doesn’t go quite to plan.
Best line:
Chandler: “I can’t take it anymore! So you win, okay? Pheebs? Flying a jet? Better make it a spaceship so that you can get back to your home planet! And Ross, phone call for you today – Tom Jones, he wants his pants back! And Hornswoggle? What? Are you dating a character from “Fraggle Rock”? Ahhhh.” 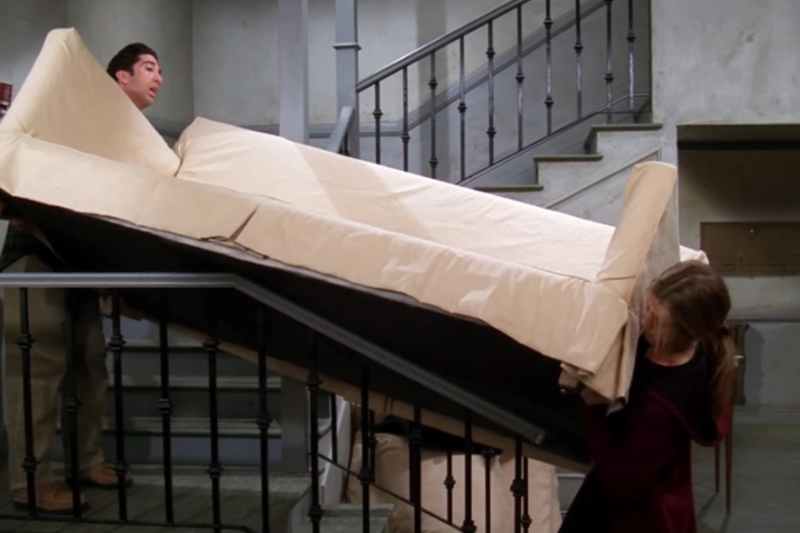 If you ever watch blooper reels of Friends, it’s this episode that brings the cast to tears. The episode’s main storyline follows Phoebe’s meet-cute with policeman Gary, but it’s watching Ross (who has refused to pay the delivery fee on a new couch) who steals the show. He enlists some help off his pals to lug the sofa up the stairs of his apartment screaming one word that has since gone done in pop culture history.
Best line:
Ross: “Pivot!”

Friends: The Reunion is available in the UAE via OSN now. In order to watch you’ll need to download the OSN streaming app on all iOS and Android devices to watch it or access via stream.osn.com. The service costs USD 9.5/-  per month and includes a 7-day Free Trial, Stream now stream.osn.com

Culture
TV
EDITOR’S PICKS
What’s On Nightlife Awards 2021: Here are the nominees...
READ MORE
It's back! What's On Lock In returns to Media One Hotel
READ MORE
Arts and culture: 5 spots we can't wait to visit at Expo 2020 Dubai
READ MORE
UAE petrol prices are set to decrease in September 2021
READ MORE
MOST POPULAR
Movie review: How good is new sci-fi epic, Dune?
Pics of the week: Your best photos of the UAE
A stylish new Southern-European Neo Bistro is opening in Dubai
Staycation at this stunning hotel which is now dog-friendly
Get an Expo 2020 Dubai monthly pass for Dhs95 valid for the whole of October
YOU SHOULD CHECK OUT
Our website uses cookies and other similar technologies to improve our site and your online experience. By continuing to use our website you consent to cookies being used. Read our privacy policy here.