Reminiscence is out in Cinemas across the UAE now…

There was a certain subtle sort of chemistry between Hugh Jackman and Rebecca Ferguson when they entered the ring together for The Greatest Showman. A chemistry we should assume, that at least partly inspired Lisa Joy to cast them together in the writer-director’s feature film debut, action sci-fi thriller, Reminiscence.

Joy, who originally trained as an attorney, emerged as a talent in the Hollywood cognisance back in 2007 when she submitted a script for Pushing Daisies, written whilst she was studying for The Bar. An impressive feat in itself but her next contribution to TV history, 2016’s Westworld, was arguably an even more memorable achievement.

She co-created the hit, nine-Primetime-Emmy-winning series with husband Jonthan Nolan (brother of director Christopher Nolan), a reworking of the 1973 movie of the same name. Westworld, asked big philiosphical questions (what does it mean to be ‘alive?’ What rights might we owe synthetic organisms that achieve sentience? Why does Black Hole Sun sound so good on an old timey piano? And how have these robots got so much sauce?), posing them in a near future dystopia, playing out in the heavily stylised theme of a Western.

Reminiscence shoots some big questions too, these revolve around how much we ought trust human memory? How real is the past? And what might happen if we weren’t able to snap out of dwelling in it? It sets these questions, like Westworld, against the backdrop of a near future dystopia — this time in a post-war, post-global warming, flooded Miami. And Joy tells the story via the heavily stylised theme of a 1950s Film Noir detective movie, *bad James Cagney impression* patterns, see? 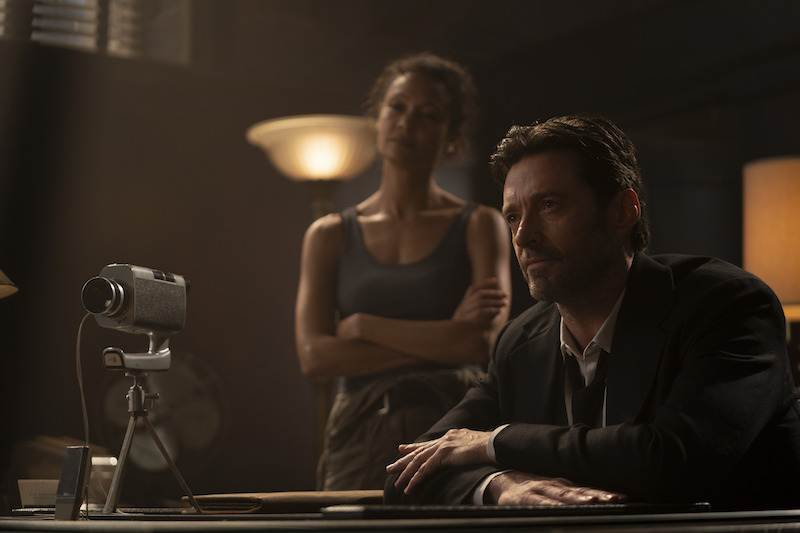 When They Reminisce Over You

The yarn begins spinning in Reminiscence when a beautiful (period terminology for exposition purposes only) dame (Mae, played by Ferguson), walks off the street and into a memory centre. A service that is available to our near future cousins, where individuals can lay in a pod, whack on some trippy headgear, dive into memories, and relive them as if they were happening at that very moment.

It’s future tech that makes possible a few profitable side hustles. The practitioners that lead you into these regressed states are able to observe the memories, rendered in 3D on a connected stage. It’s as an observer that these hippocampus whisperers are able to play detectives of the mind, finding missed clues, and obtaining retroactive confessions.

If I remember correctly

And when this broad (again, profuse apologies) Mae, a show singer at the Coconut Club, walks into what is ‘for-all-intents-and-purposes’ a Detective Agency, asking for help in ‘the case of the missing keys’, nostalgia PI Nick (Jackman) is immediately captivated — plunging him into a nebulous web of crime, corruption and part-bungled cover-ups.

Nods to film noir greats like Double Indemnity don’t end there, the internal monologues of protagonist Nick spilling out as fatalistic voiceovers are an evocative touch. So too are the seedy scenes of the Miami underbelly almost exclusively explored at night, with the cast skipping through puddles reflecting the neon street lights above.

Each of the main characters is broken in their own way, haunted by the specters of war, greed, lost love or addiction. It’s the latter that ties a lot of Reminiscence together, the sacrifices that are made for fleeting, corrosive distraction. 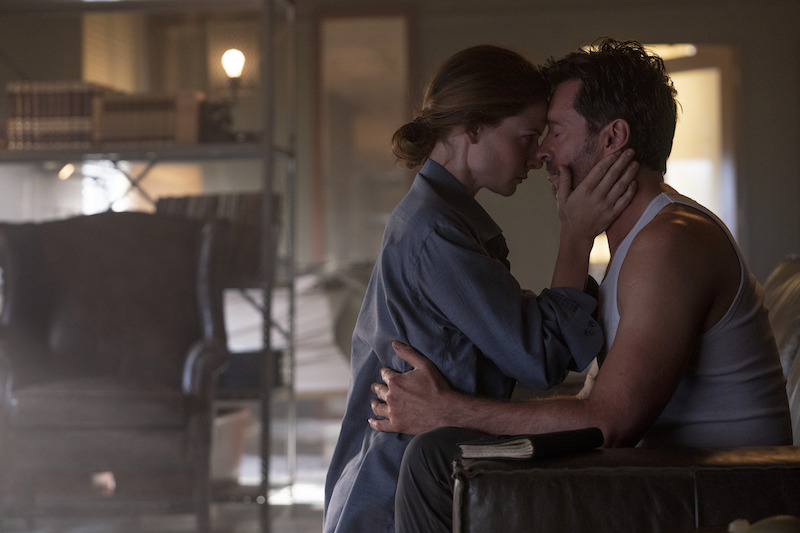 Is it any good?

This film feels at times like a genuine Nolan project, with a plot that treats memory like a Rubik’s Cube and splices epic visuals with juggled timelines (Joy’s husband Jonathan Nolan actually wrote Memento Mori, a short story his brother Christopher adapted into the cult movie classic, Memento). But it lacks the polish, delivery and depth of the likes of Inception. Though that’s perhaps an unfair comparison.

For us, the lead duo had a curious, slow-burning chemistry exhibiting less gravity than their strong individual performances. Thandiwe Newton’s role as Watts, Nick’s able assistant, and long time fan of *winks suggestively* grandpa’s old cough medicine, does stick out in the memory — so adept at conveying words unspoken. And Cliff Curtis, puts in a terrific turn as the bent and twisted copper, Cyrus Booth. Native New Zealander Curtis must be one of the most quietly appreciated actors out there, a great talent orbited by minimal fuss.

The ambitions of Reminiscence reach audaciously high for the run time, but a compelling, satisfying, visually beautiful tale is told. There are some clever, fluid little twists but their setting up occasionally feels either contrived or convoluted. It might not be that film that makes you remember why you fell in love with cinema in the first place, but it’s an enjoyable watch, and an exciting next step for Joy.

At cinemas across the UAE now. Tickets: Book now

Culture
Film
Things to do
EDITOR’S PICKS
Here's the full list of UAE public holidays in 2023
READ MORE
23 incredible things to look forward to in the UAE in 2023
READ MORE
Hidden gems: 10 UAE desert pop-ups to discover this winter
READ MORE
Where to travel in 2023: 10 new flight routes from the UAE
READ MORE
MOST POPULAR
Pics of the week: Your best photos of the UAE
Dhow & Anchor has got you covered every day of the week
RTA: All the road closures you need to be aware about
Review: The Nice Guy Dubai
Masha and the Bear is coming to Abu Dhabi this April
YOU SHOULD CHECK OUT
Our website uses cookies and other similar technologies to improve our site and your online experience. By continuing to use our website you consent to cookies being used. Read our privacy policy here.