What’s On The Bookshelf: Literature authored by former librarians

As book lovers, our friends at the Emirates Literature Foundation have a special relationship with the gatekeepers of literature, the librarians. They even have an annual award for the UAEs best school librarians.

The round-up of books in this week’s list is so diverse in their theme and period and at first glance, it may seem like they have nothing in common. But they are bound together by the common thread of being authored by former librarians, and they are all phenomenal.

P.S. I Still Love You by Jenny Han 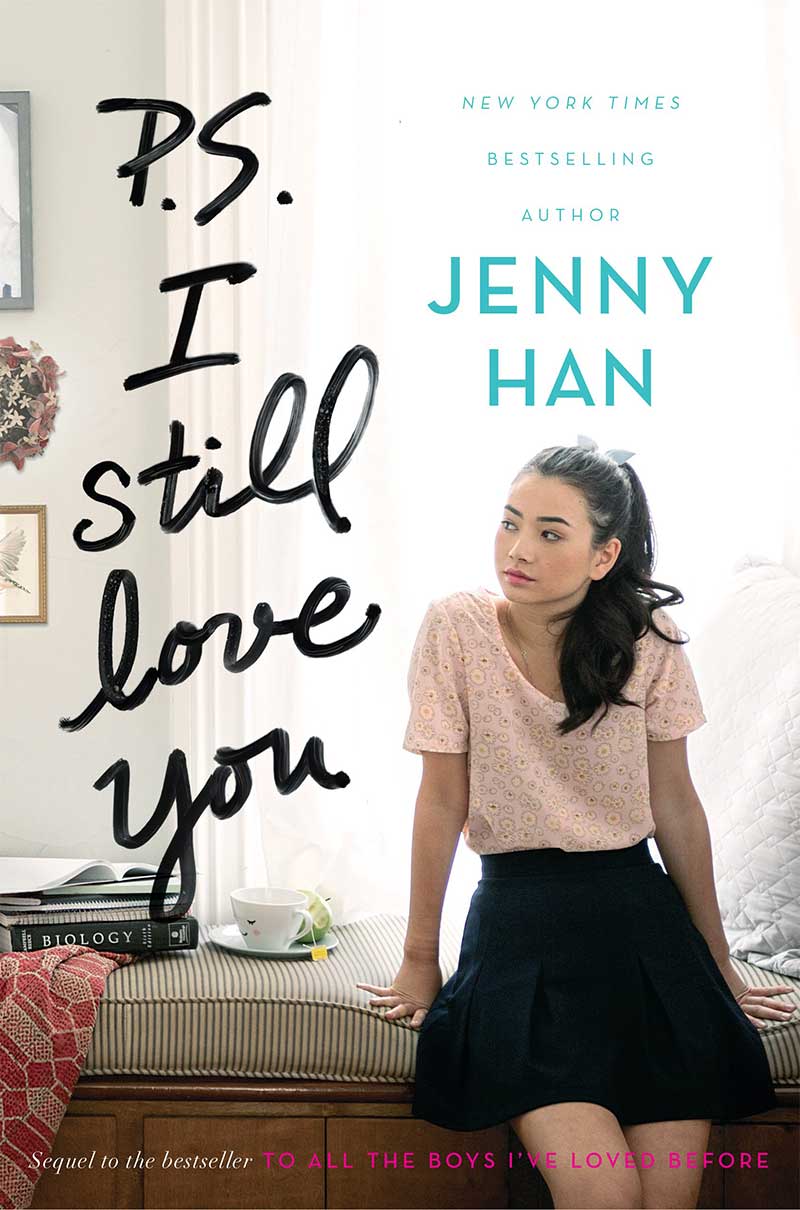 Sequel to the bestseller To All The Boys I’ve Loved Before, this book explores young romance and relationships. Lara Jean is back and she’s still having boy troubles. Falling in love is not the problem, but what comes after that is complicated. The story is not unique, but the characters are endearing and Jenny Han’s writing style makes it a charming and easy read.

Jenny Han is best known for her 2014 award-winning Young Adult novel that was also adapted for screen. She has a long association with literature, especially children’s literature – she has an MFA in creative writing, she used to work at a kid’s bookstore and was a part-time school librarian in New York when she sold her first novel, Shug. 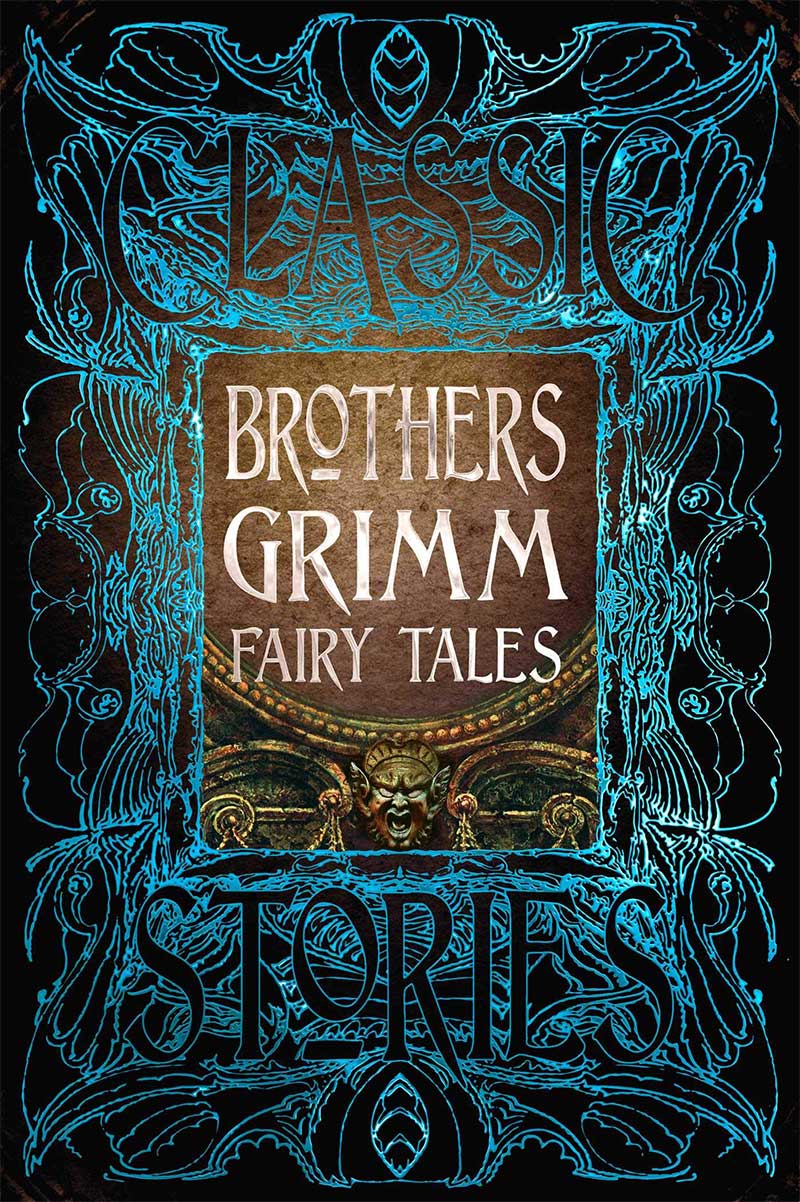 Once upon a time, everybody had this collection of fairy tales. There is now a wide repertoire of children’s books available, and the original works of the Brothers Grimm may be considered too dark with their cautionary tone and often unhappy endings. But still the stories of Cinderella, Hansel and Gretel, Rapunzel and Sleeping Beauty have stood the test of time: they have been adapted for the screen many times, and are considered timeless classics.

Both Grimm Brothers studied to become lawyers but were seduced by literature. Jacob, who was older, started his librarianship at the private library of Jerome Bonaparte. He also worked at the Kassel library and the University of Gottingen library alongside his brother, Wilhelm.

Beezus and Ramona by Beverly Cleary 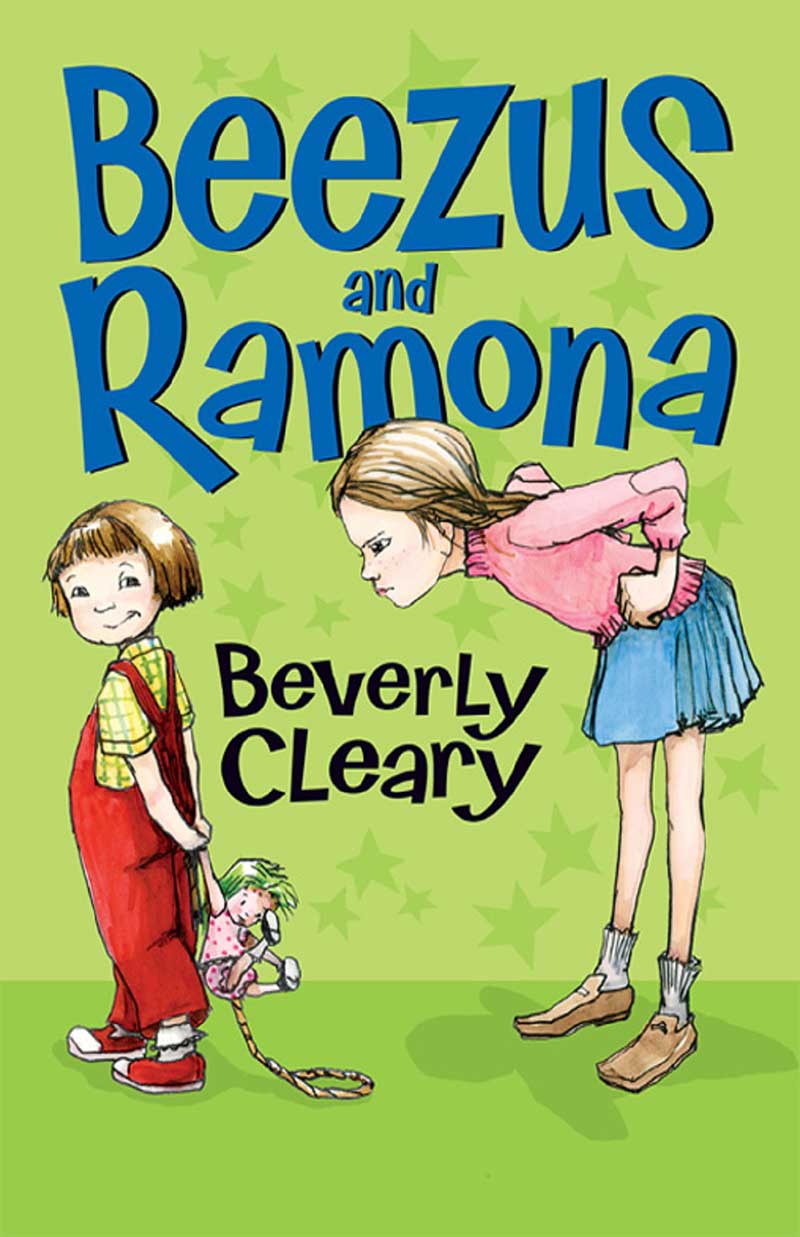 Is there anyone in the world quite like Ramona Quimby? Her older sister, Beatrice aka Beezus, doesn’t think so. Even at the tender age of 4 years, Ramona embraced her eccentric side and finessed the art of making chaos and being the centre of attention. Beezus is already irritated by Ramona’s antics but reaches breaking point when Ramona ruins her birthday cake. Can their relationship be salvaged?

Beverly Cleary was a prolific writer with over 30 titles to her name, but she is best known for her Ramona Quimby series. She was a frequent visitor to her school library as a child but felt that their shelves lacked stories about children like herself. She studied English in university and earned a degree in librarianship. At her first job, she met children who had the same complaint, and that is when she put pen to paper and wrote her first book.

The Time Traders by Andre Norton 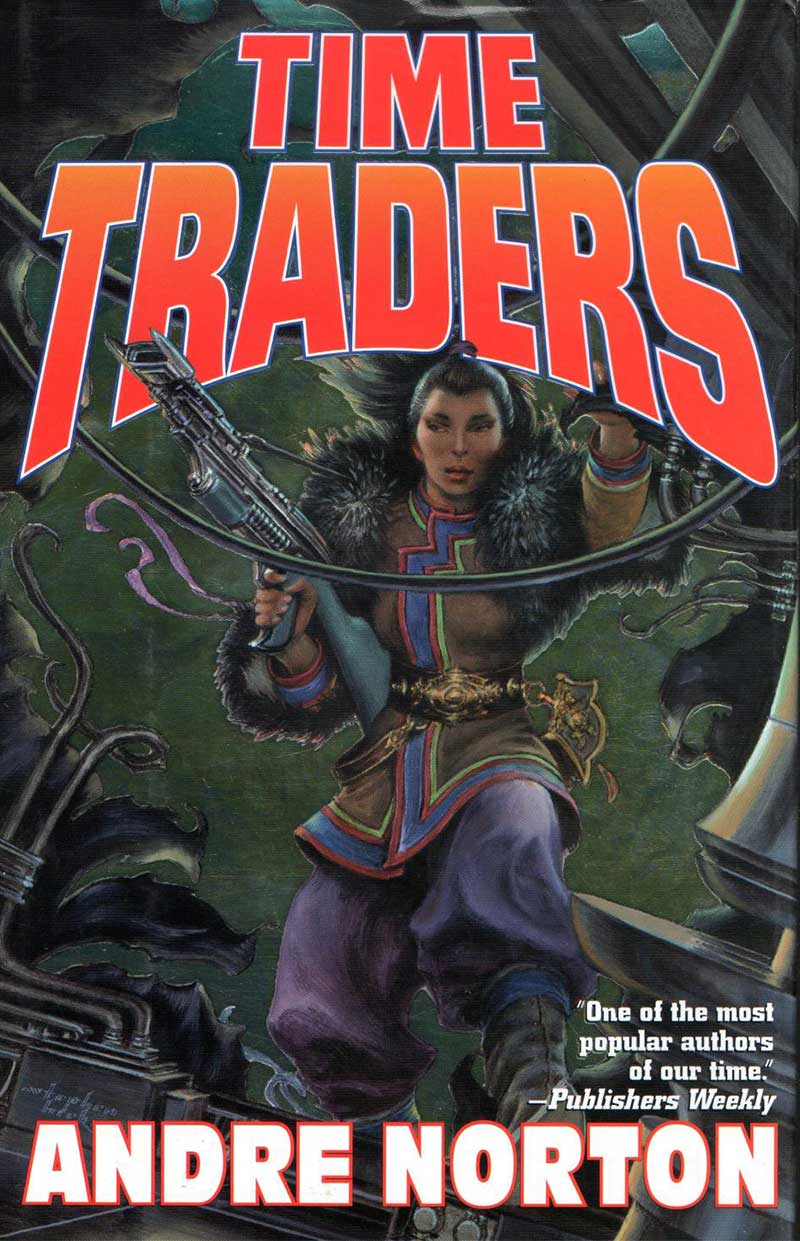 This is the first book in The Time Traders series with a sci-fi spin on the US-Soviet Union rivalry. In her version, both countries have conquered space, but Russia has the upper hand as they can also travel through time. The US government is desperate to restore the balance of power and sends Ross Murdock, a petty criminal, to fulfil their mission.

Alice Mary Norton nee Andre Norton wrote her first book while she was editor of her school paper, but it wasn’t published until much later. She began her career as a librarian in the children’s section of the Cleveland Library but also worked as a special librarian in the Library of Congress. She was a trailblazer in the young adult market, is called the Grande Dame of Science Fiction and Fantasy and has an award named after her, presented annually by the Science Fiction and Fantasy Writers of America.

A Wrinkle in Time by Madeleine L’Engle 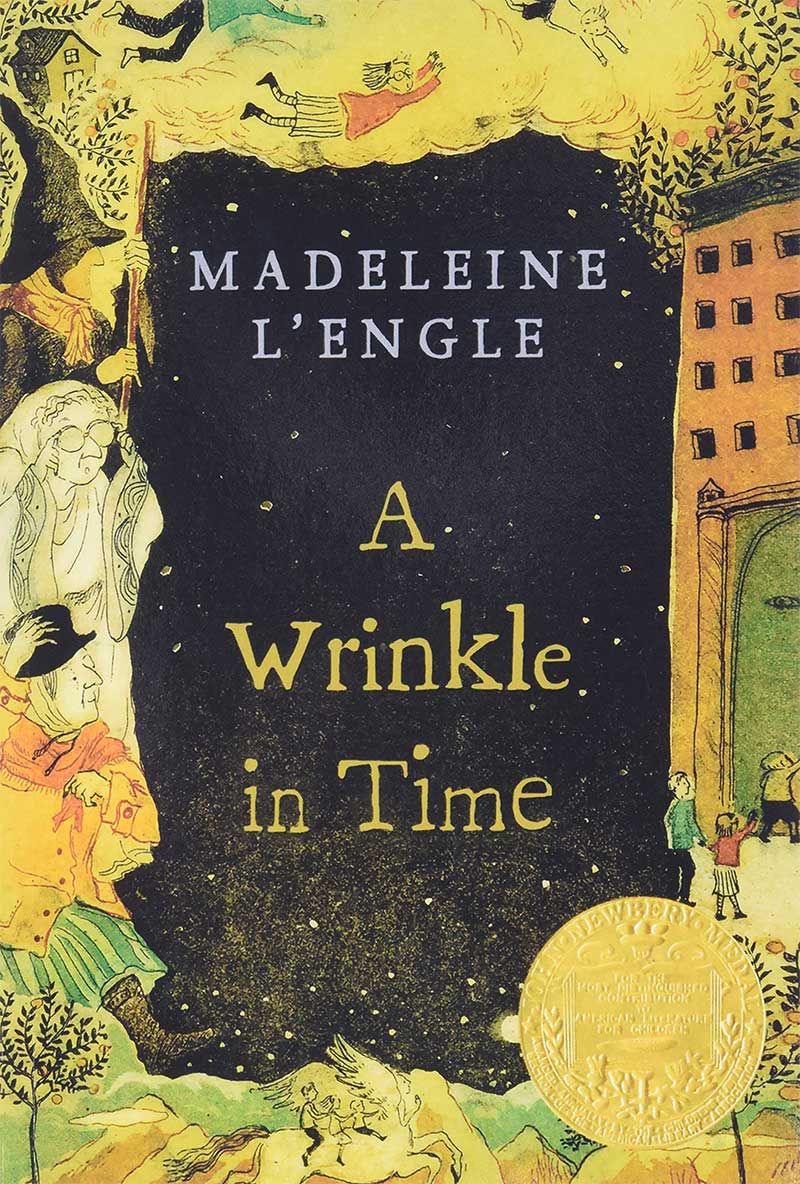 A tale of fantasy that begins on a crazy night when the Murry household receives a visit from someone unexpected. Before they know it, Charles and Meg, the Murry siblings, and their friend Calvin O’Keefe is in the middle of a dangerous adventure that changes their lives and threatens the state of the universe, as they know it.

This critically acclaimed fantasy/science-fiction novel for young adults is the first in a series of five. Madeleine was a writer from a young age but wasn’t published until after she had graduated with a degree in English. She gained work experience in theatre and then worked in a church library for 30 years but by then she was already renowned for her writing. So perhaps she should be in a category of her own – author turned librarian?

If you enjoyed today’s mixed bag of books then you should check out the wide-ranging reading recommendations by the Emirates Literature Foundation team on the website and the podcast the Boundless Book Club. Subscribe to the YouTube channel and follow @emirateslitfest on social media to keep abreast of Festival news and be in the know for Foundation initiatives such as School Librarian of the Year, a joint venture with The Executive Council to recognize the best librarians in the UAE.

Books
EDITOR’S PICKS
Ain Dubai will open with fireworks, live music and a drone show
READ MORE
Incredible Aura SkyPool to open in Palm Tower this November
READ MORE
Brit Grand Slam hero Emma Raducanu confirmed for Mubadala Tennis
READ MORE
What’s On Nightlife Awards 2021: Here are the nominees...
READ MORE
MOST POPULAR
So, when is the next UAE public holiday in 2021?
Why Armani/Hashi is trending hard on the Japanese cuisine scene
Celebrate creativity at City Walk during this three-weekend event
This Heinz Beck brunch at Waldorf Astoria just got an upgrade
10 brilliant things to do in Abu Dhabi this long weekend: Oct 21 to 23
YOU SHOULD CHECK OUT
Our website uses cookies and other similar technologies to improve our site and your online experience. By continuing to use our website you consent to cookies being used. Read our privacy policy here.