Have an absolute ripper one mates…

Wednesday, January 26 is Australia Day (hence the terminology in the title) and crikey do we have a sick-as weekend for you. So grab your lamingtons and run the Vegemite up the flag pole, because we’re about to go down under in Abu Dhabi.

New at the movies

On paper, Nightmare Alley has more than enough to place it in ‘right up our alley’ territory. Directed and co-written by cinematic-maestro Guillermo del Toro, starring Bradley Cooper, Cate Blanchett, Toni Collette, and Willem Dafoe — the movie is a William Lindsay Gresham neo-noir novel adaptation. The plot centres around a carnival hand (Cooper) who befriends a pair of psychically gifted circus performers. After becoming ‘something of a mentalist himself’ Cooper’s character decides to upshift and grift the luminaries of 1940’s New York high society. And what could possibly go wrong with that? 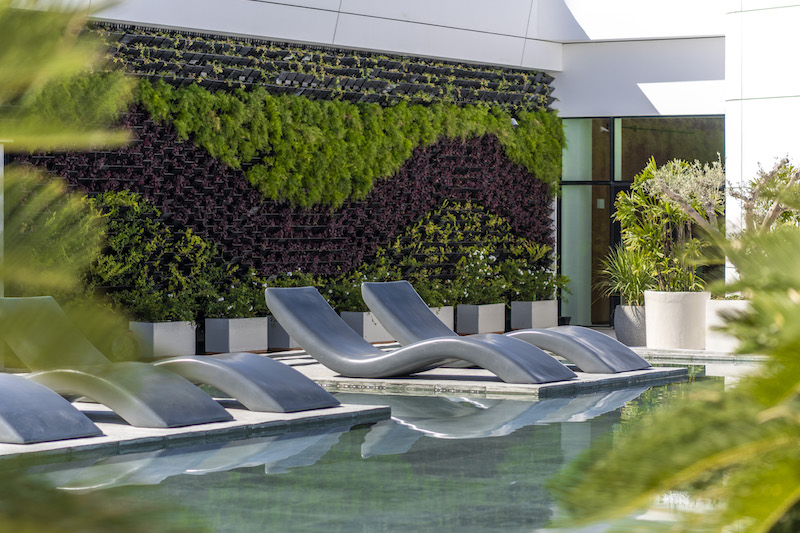 Brand new health and lifestyle destination, The Bridge is located at Abu Dhabi leisure mega project, Al Qana. Their wellness manifesto is divided into distinct areas under headings like ‘Move’, ‘Pause’, ‘Expand’, ‘Taste’ and ‘Learn’. The headlines are that the facility includes a gym with 250 exercise work stations; therapy rooms with Hydro-Oxygen Airpods, Cryo treatment, Infrared saunas and its own spa; there’s a healthy eating restaurant, a cold-press juice bar and a rooftop garden lounge; they offer yoga classes, meditation, and workshops on breathwork; The Bridge will host learning experiences too with the aim to inspire, and provide a community hub for enjoying cultural activities through art, music, film and books.

This is real hip hop and it don’t stop 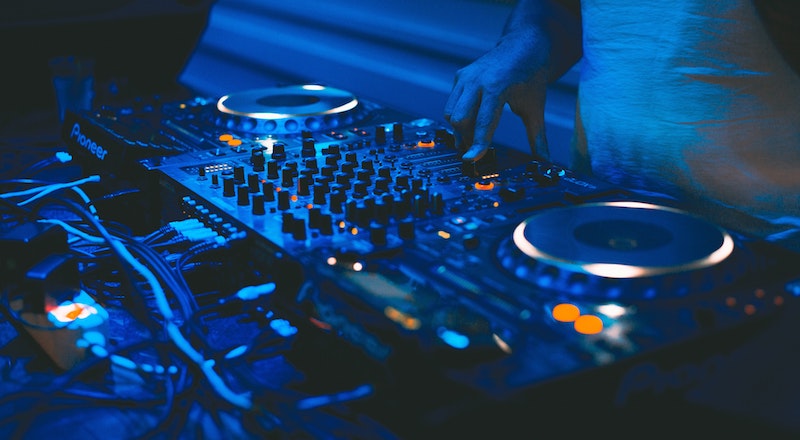 Taking place every Saturday between 1pm and 5pm, there’s a hip hop-themed brunch at brand new bar, Alton. Their bubbles package is just Dhs299 and it’s currently on a two-4-one deal, which means if you bring your ride-or-die, it’s just Dhs150 each. So even if, traditionally, birthdays were the worst days, here you can sip *redacted* if you’re thirstay. And as with all the best rap shows, there’s an encore. You can hook directly into the after-brunch party between 5pm and 8pm with a bottomless drinks package for Dhs149 (or just Dhs99 if you were at the brunch). Providing the soundtrack to your soul food feast is the Grand Master of capital drum loops, DJ Cliff Towney. The circuit-famous DJ will be making the bass cones bump to a signature slick mix of hip hop and R&B. 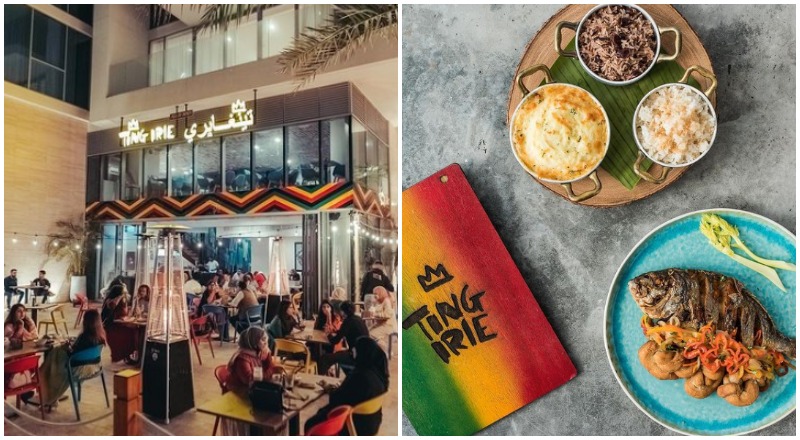 Located at the blossoming beachfront hang out of Mamsha Al Saadiyat, Ting Irie Pon Di Beach has finally opened its doors and is now painting a vibrant coat of black, gold and green on the cultural district. And fortunate for those disposed towards authentic Carribean cuisine, their Saturday Island Daze brunch has already launched and offers red hot picks from the tropics. It’s being held from 1pm to 5pm every Saturday, the soft package is Dhs200, house is Dhs300 and sounds come courtesy of DJ LPN.

Welcome to the chaaty party 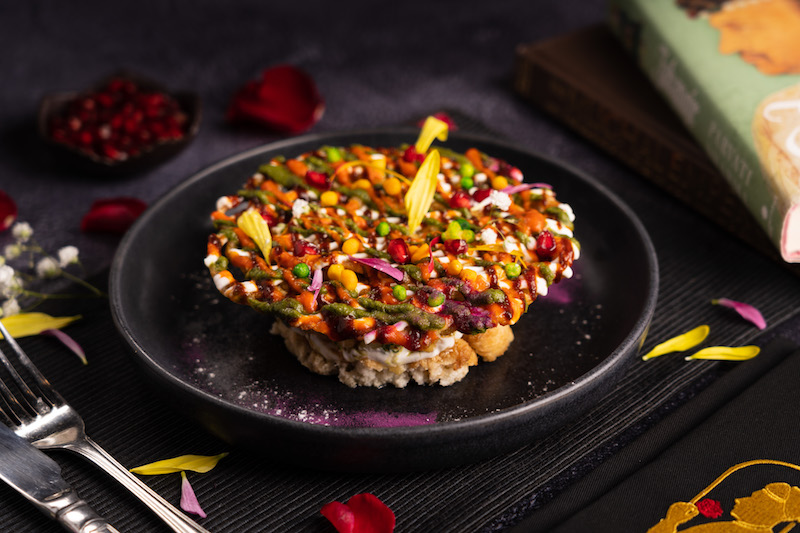 An Al Ain location of modern fine dining Mughlai restaurant, Jehangirs has opened at Al Jimi Mall. And they have a jalebi-based dish (sorry if that word triggered an earworm, blame TikTok), the likes of which you’ve probably never experienced. Executive Chef Amrish Sood has created a savoury version of the usually sweet dish and, in a flourish of South Asian alchemy, combined it with a tangy interpretation of classic chaat, to create a super-dish, bursting with street food flavour and priced at just Dhs18. 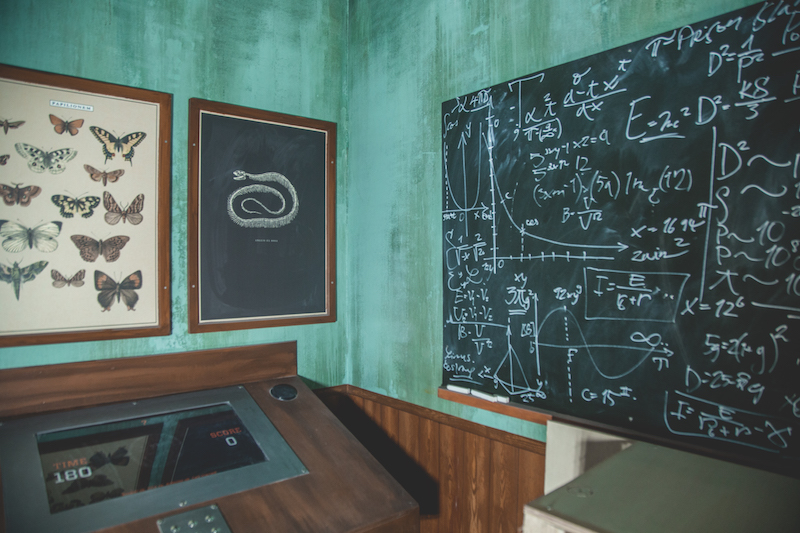 Prison Island – Beat the Bars, has now sprung open its iron gates in Abu Dhabi mall and is issuing an open challenge to the UAE’s adventure and excitement seekers. You and your team of up to six players will need to be strong of body and mind as you go up against 26 individual ‘cells’ such as Cliffhanger, where much like the movie of the same name, contestants will have to scramble across a series of obstacles without touching the floor. Or how about the ominously-titled Devil’s Island? Where you’ll need to go full Mission Impossible to snake your way through the illuminated latticework of a tightly-lit laser grid.

A big beat boutique right on the beach 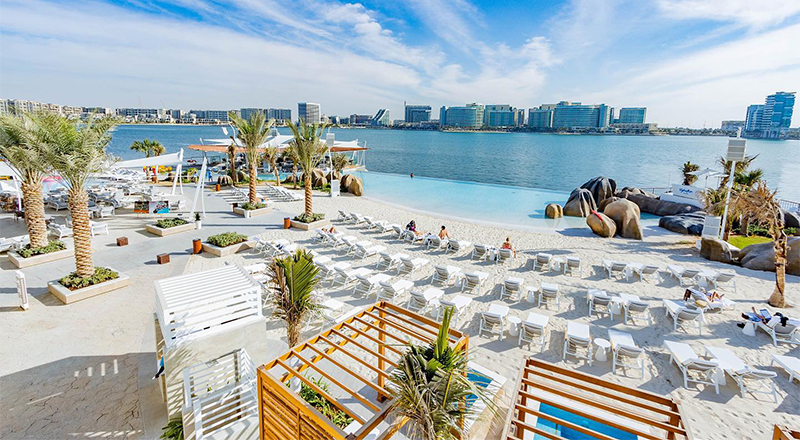 Straight from the Baleric beat factory of Ibiza, Cafe Del Mar has landed on the waterfront next to Hilton Abu Dhabi Yas Island. There’s an infinity pool, a cheeky little manmade beach, a swim-up pool bar, and appropriately slamming soundtrack. Access is free for the adjacent Hilton guests, for everybody else day passes are available for Dhs250 between Monday to Friday (with Dhs150 back as F&B credit), weekends its Dhs350 (also with Dhs150 back as credit). We’ve been told brunch and ladies night will arrive shortly.

Eat & Drink
Things to do
EDITOR’S PICKS
Here's the full list of UAE public holidays in 2023
READ MORE
23 incredible things to look forward to in the UAE in 2023
READ MORE
Hidden gems: 10 UAE desert pop-ups to discover this winter
READ MORE
Where to travel in 2023: 10 new flight routes from the UAE
READ MORE
MOST POPULAR
Nobu Hospitality to open luxury resort in Ras Al Khaimah
How to become the best version of yourself in 2023
106 amazing new restaurants coming to Abu Dhabi very soon
Rafting and surfing adventures are now back at this Abu Dhabi park
UAE fuel prices are rising in February
YOU SHOULD CHECK OUT
Our website uses cookies and other similar technologies to improve our site and your online experience. By continuing to use our website you consent to cookies being used. Read our privacy policy here.