Next up on our leisurely tour of Yas Bay gastronomy, is Paradiso. Spiritually, it’s anchored somewhere along the shorelines of the Mediterranean, but fortunately, given those increasingly expensive trips to the petrol station, it’s physically located at Pier 71 on the Yas Bay Waterfront.

And it makes quite the first impression, inspired as it is by the wonder and whimsy of the golden age of cinema (the restaurant’s name, presumably a nod to the 1980s Italian masterpiece, Cinema Paradiso which is itself an ode to moving pictures). It also draws heavily on the glamour of the côte d’azur in the 70s, it’s Nice both in adjective and address. 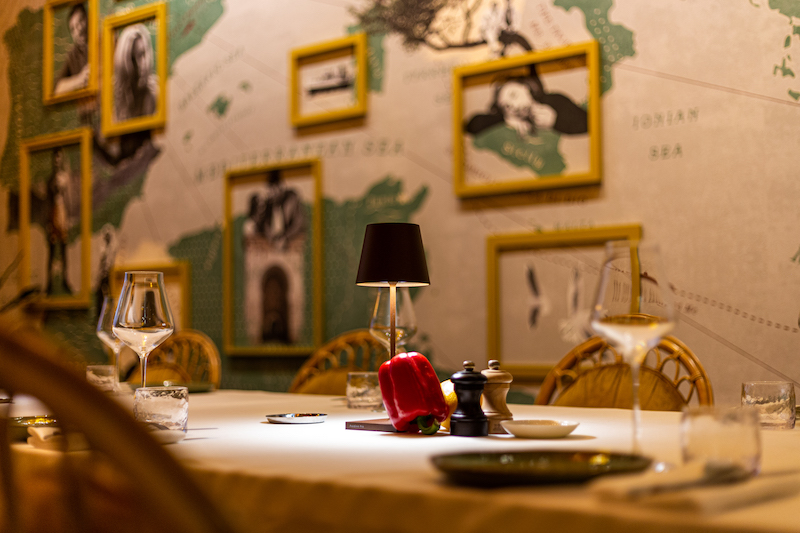 Inside, a mural shows a map of the Mediterranean, strewn with black and white era pop culture icons, the floor tiles play out their own game of monochrome geometry, and it unlocks the faintest of long forgotten memories. Out on the terrace, we confess a slight bias — we never tire of those shifting blue Yas Bay views, and the table set up quietly continues the nostalgic Mediterranean theme with pristine white table cloths, wickerwork chairs and pastel mustard parasols.

The menu is compact but growing, our server recommends some specials that are set to join it soon, but currently lie off-page. To start, we choose the snails which are on the menu (Dhs75), and a grilled octopus salad that is not (Dhs79).

We’ve essentially ordered ‘mollusks done two ways’ and after the first few forkfuls, we’re quietly smug about our choice. The snails offer something more than the traditional Parisian bistro set menu, there’s a depth there, a suggestion of citrus that vanishes as quickly as it appears leaving us wondering if it was imagined.

Octopus is a notoriously tricky customer when wafted over a grill, it’s easy to overcook in search of the perfect crisp to the exterior. But this morsel, finds itself just on the right side of the bite-tender ratio. It’s served with lentils, red peppers and sauteed potatoes in an oceanic twist on petit salé aux lentilles. 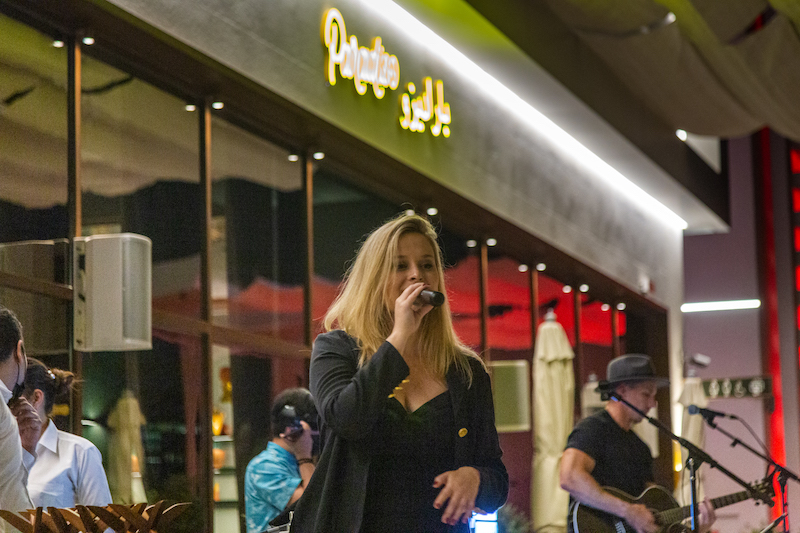 It’s at this point we become aware of the venue’s soundtrack, the mix of 60s and 70s swing and jazz blends so effortlessly with the ambiance it’s easily lost in the holistic experience. There’s a band that plays here at weekends, a live DJ every night, and we’re also told that the mixology offering is worth a visit too, but all this will have to wait for another day.

Paradiso has more volume when it comes to the main dishes, we’ve heard great things about their pizza and pasta options, but our server also let slip that one of the specials, joining the full menu soon, is sole meuniere (Dhs260). And try as we might, we’ve never been able to resist the allure of that lemony buttery banner carrier for French flavour.

It comes with your choice of sides, we’ve opted for grilled vegetables, primarily because we’ve already steam-rollered about a month’s worth of recommended butter intake since sitting down (partly our own doing, using the pre-appetiser bread to soak up every last drop from the snail serving). 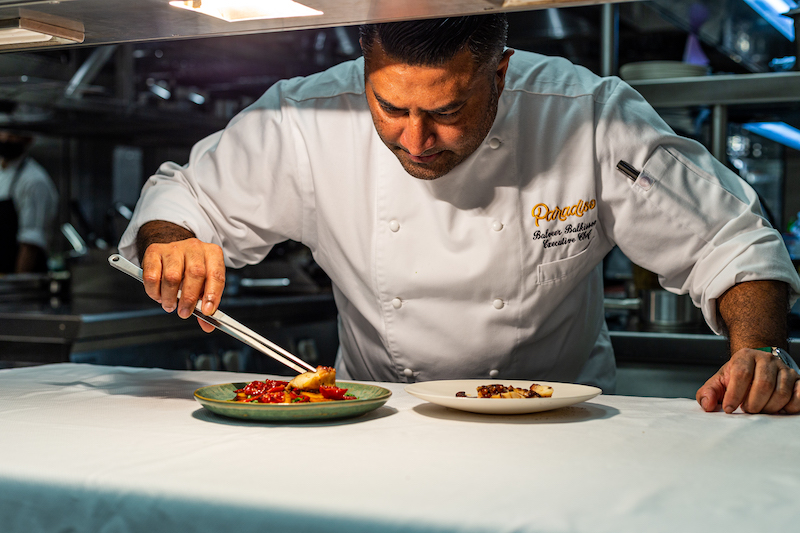 The fish arrives and is delicately deboned and filleted beside the table. Then we’re left alone in quiet contemplation with our sole. It’s a struggle to properly communicate just how much of a joy this is to eat, it has to rank up there with the best dishes available in Abu Dhabi restaurants right now.

It’s the pageantry of subtle flavour shades, nothing on the plate seeks to over-power or over-shadow, no single element wrestles for glory to the detriment of others. It’s an early autumn day in Provence, it’s the faintly blossomed mistral breeze, it’s a gentlemanly duel between citrus and creamy butter. It’s very good is what we’re trying to say, and it’s a great place to let the credits roll.

Verdict: It’s a tough call but this might just be our new favourite restaurant at Yas Bay. It certainly stands shoulder to shoulder with Abu Dhabi’s other great examples of Mediterranean restaurant. Views to fall in love with, food for the ‘sole’. Rating: A.

Eat & Drink
Reviews
EDITOR’S PICKS
Here's the full list of UAE public holidays in 2023
READ MORE
23 incredible things to look forward to in the UAE in 2023
READ MORE
Hidden gems: 10 UAE desert pop-ups to discover this winter
READ MORE
Where to travel in 2023: 10 new flight routes from the UAE
READ MORE
MOST POPULAR
With its unique decor, Dubai's La Nina restaurant evokes tales of distant travels
Reservations are now open for French restaurant Fouquet's Dubai
The colourful Sharjah Light Festival returns next week
Relive those cosy winter moments at Chalet 105 at Twiggy
There are some big road closures in Abu Dhabi this weekend
YOU SHOULD CHECK OUT
Our website uses cookies and other similar technologies to improve our site and your online experience. By continuing to use our website you consent to cookies being used. Read our privacy policy here.