This is the future of Dubai…

Soon you will be able to hail a driverless taxi in Dubai. Last year, Dubai’s Roads and Transport Authority (RTA) revealed that self-driving taxis will be trialled in the city by the end of 2022 with an aim for an official launch targeting 2023. The news was reiterated at the World Government Summit 2022 on March 29, 2022.

The strategy was launched by HH Sheikh Mohammed bin Rashid Al Maktoum, Vice President of the UAE and Ruler of Dubai. Sheikh Mohammed’s vision is to convert 25 per cent of transportation trips in Dubai to driverless trips by 2030. The launch is in keeping with Dubai’s future plans and in line with the city’s autonomous driving strategy.

An agreement was signed with American business Cruise Company to provide the vehicles. It makes Dubai the first city outside of the United States of America where Cruise commercially operates these vehicles.

Operations according to an Instagram post shared by RTA states that operations will start at the end of 2023 with the aim of reaching 4,000 taxis by 2030. 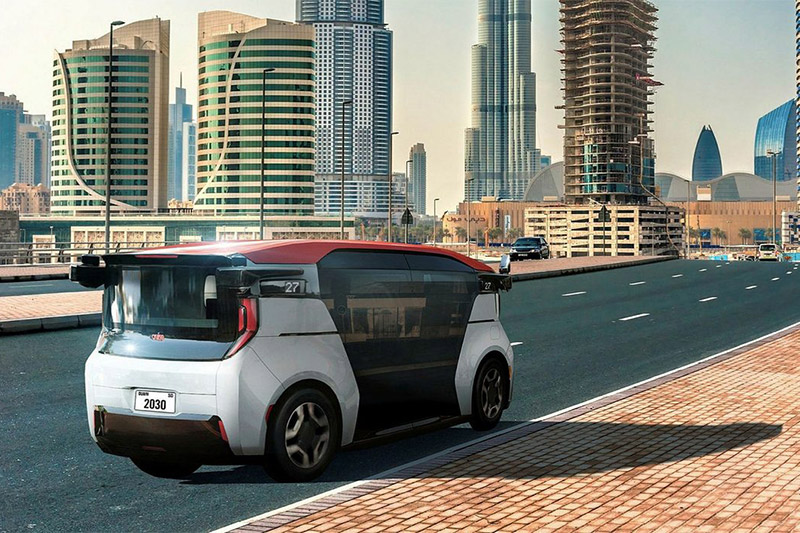 The vehicles will be equipped with 80 sensors, cameras and LiDAR systems – light detection and ranging (laser scanning technology) to monitor road conditions, and controls to avoid collision with any objects – even those the human eye cannot see.

In a statement issued last year HE Mattar Al Tayer, Director-General, Chairman of the Board of Executive Directors of RTA stated, ‘Human errors are responsible for more than 90 per cent of accidents. Autonomous vehicles are environmentally-friendly electric vehicles and can serve considerable numbers of customers, particularly senior citizens, residents and people of determination.’

We can’t wait to see these driverless cars in action!

News
Transport
EDITOR’S PICKS
Here's the full list of UAE public holidays in 2023
READ MORE
23 incredible things to look forward to in the UAE in 2023
READ MORE
Hidden gems: 10 UAE desert pop-ups to discover this winter
READ MORE
Where to travel in 2023: 10 new flight routes from the UAE
READ MORE
MOST POPULAR
26 of Dubai's best beachfront restaurants
8 wonderful things to do in Dubai this week: Feb 6 to 9
Where to go to get your Al Baik fix in the UAE
Reset and recharge with a relaxing staycation at this stunning Dubai hotel
The most expensive apartment in Dubai just sold for Dhs410 million
YOU SHOULD CHECK OUT
Our website uses cookies and other similar technologies to improve our site and your online experience. By continuing to use our website you consent to cookies being used. Read our privacy policy here.