The next Regional Artist Spotlight rising star is: Sobhhï

With a blend of wistful R’n’B  soul, and rugged hip-hop, Sobhhï’s sound is essential ‘music for late nights.’ He’s also a multi-faceted artist, producing all of his own music, handling all his business himself and even directing his own videos and as the current number one streaming artist in the UAE, it seems that independence is working out just fine for him.

How did you first get into music?

I was seven years old when I wrote my first song. My parents signed me up for piano classes and we had a recital to prepare for. After they had taught us the basics, they had us pick one of three songs to play at the recital, but I was motivated to write my own song. I showed it to my teacher and he told me that I could play it at the recital. At such a young age, I got a chance to embrace my originality and I’m very grateful for that. The song was awful, but it was really nice to choose my own path. The feeling of performing original songs in front of people is what pushed me to pursue this.

Who are the people that inspire you?

The most influential moment for my music is Nostalgia Ultra by Frank Ocean, which is in my top three favourite albums and bottles a kind of feeling that I revisit often. Other artists that inspire me are A Tribe Called Quest, James Fauntleroy, Drake, Jeremih, Joaoa Gilberto, 90s Amr Diab, and many, many more. 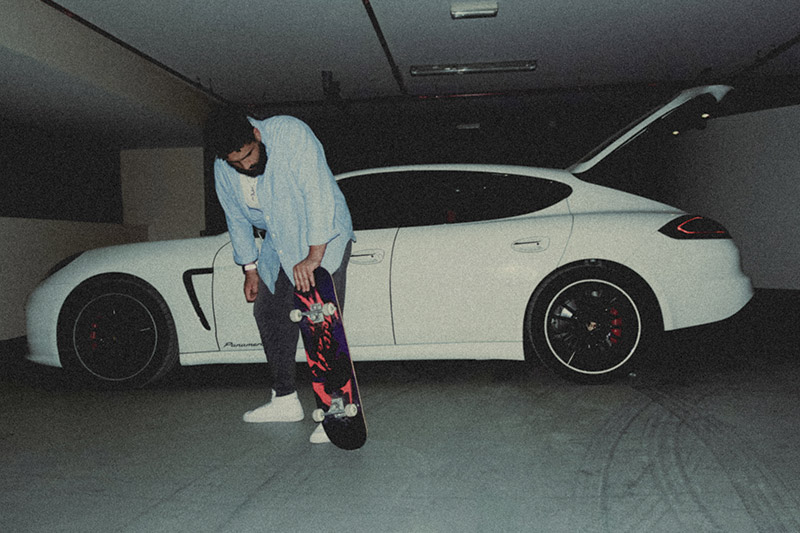 What’s been the biggest moment of your career so far?

I would say my greatest accomplishment, alongside my team of course, would be seeing the unanticipated success of the listening parties we’ve had around the world for the upcoming EP, Purple. We had 450 RSVPs in New York City, 980 in Toronto, over a thousand in Dubai and roughly 2,000 in Jeddah. All venues reached max capacity shortly after doors opened.

Being in the room with so many people who are singing the lyrics, showing us love, and supporting us, validates our purpose. The final listening party in Jeddah was a reminder that there are people out there who really believe in us.

I don’t really follow a process when I’m writing or producing a song. One thing that has been consistent for me is making sure that I know exactly what I’m in the studio for. I don’t like to aimlessly walk in and write songs that have no topic or thesis.

Where have you performed?

Unfortunately, we had to cancel our first planned live appearances due to the pandemic in 2020. We are just now getting back to planning shows. But if listening parties count, we enjoyed being at the top floor of Bisha with a view of CN Tower alongside hundreds of our listeners from Toronto. 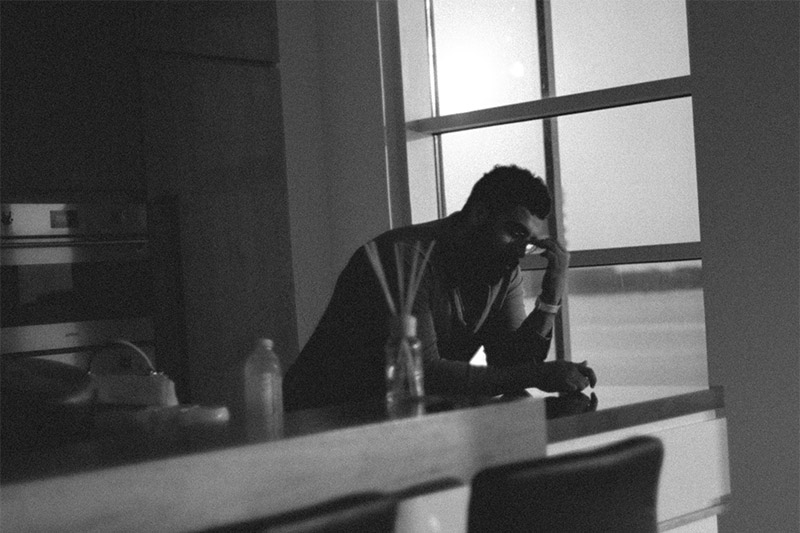 You’ve recently performed in Riyadh. How was that?

We were invited to perform at Riyadh Season’s XP conference. It wasn’t really a show for our fans, it was more entertainment for the professionals attending the conference. We did enjoy doing it, but performing for our fans who know the songs and are excited to see us is an entirely different experience.

What is your latest solo release?

My latest solo release is a single called Standards. The song is about raising the bar so much that now what used to feel exceptional and excellent just feels average and mediocre. I wrote this song in the middle of the pandemic. I remember it being the day I arrived in California, in July 2020. The first references of this track were recorded in the living room in quarantine.

Which release is your favourite in recent years?

I have a strong connection to the song Nights in Dubai. It’s a very personal record cataloguing thoughts I had kept to myself for a very long time. Some of these thoughts are about people who wasted my time and misled me, and some are about close friends and business partners. After recording and mixing it, I felt immense relief. I felt like I finally got over what I was going through these past few years in Dubai. 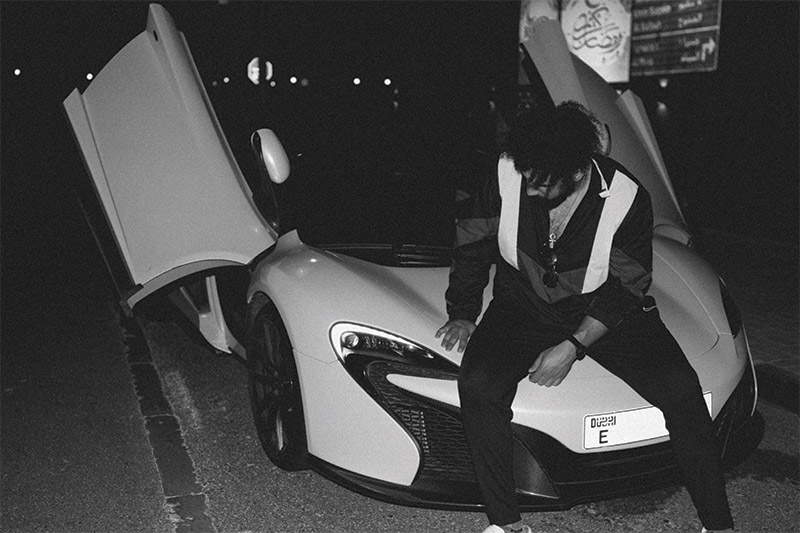 What is the meaning behind your release I’m in Dubai?

I’m in Dubai is actually a record by our friend David Jassy. I just have a small part in the intro of the record with the opening verse, and I also mixed the record. While I can’t speak entirely for David, from our conversations I gathered the song is about how making it to Dubai is triumphant. David has been through a lot and has faced many challenges. Finally ending up in a luxurious world-class city making bangers is a peak moment.

Are you working with any other artists right now?

Yes, we are. I won’t mention any names, but we have a very special guest on the upcoming EP. Otherwise, I’ve been doing many features with other independent artists, many of whom are from Toronto. I guess it’s a byproduct of having a bit of buzz there and hosting our listening party.

Can you talk about upcoming releases in 2022?

I’ll be substantially increasing the frequency of our releases. So far, we have a couple of singles dropping every week into mid-March and beyond. Many of the releases will be collaborations we’ve been holding onto for a while with artists from Canada, the US, and the UAE. As for releasing an album, timing is everything. If it makes sense, we’ll definitely drop it.

What does your involvement in the Regional Artist Spotlight mean to you?

I’m grateful for the opportunity and being one of the first artists on this platform. It means a lot to be recognised. In this region, we don’t have that many platforms for artists to gain exposure. So, I’m grateful and glad to know that Flash Entertainment is paving the way for more of these types of programmes.

What is your top 5 after-party playlist?

Culture
EDITOR’S PICKS
Here's the full list of UAE public holidays in 2023
READ MORE
23 incredible things to look forward to in the UAE in 2023
READ MORE
Hidden gems: 10 UAE desert pop-ups to discover this winter
READ MORE
Where to travel in 2023: 10 new flight routes from the UAE
READ MORE
MOST POPULAR
Nobu Hospitality to open luxury resort in Ras Al Khaimah
How to become the best version of yourself in 2023
106 amazing new restaurants coming to Abu Dhabi very soon
Rafting and surfing adventures are now back at this Abu Dhabi park
UAE fuel prices are rising in February
YOU SHOULD CHECK OUT
Our website uses cookies and other similar technologies to improve our site and your online experience. By continuing to use our website you consent to cookies being used. Read our privacy policy here.