There are some brilliant deals on food and beverages…

The Six Nations Championship is in full swing, and it’s one of the biggest rugby tournaments of the year. Naturally, plenty of Dubai bars are showing all of the live action with some great deals on food and beverages.

Here’s where to watch the Six Nations rugby in Dubai… 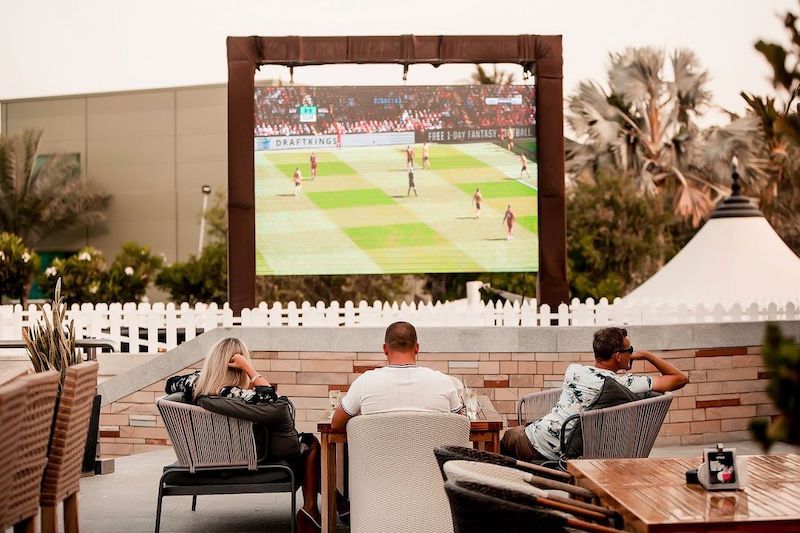 At Emirates Golf Club, sports bar Spike is a popular sports bar to catch all the live action. Inside, there’s no less than 16 screens around the Clubhouse bar and restaurant, while the terrace is home to an extra-large three meter screen – so wherever you perch up, the Six Nations will never be far away. Throughout the rugby tournament, get a burger and fries for Dhs80, or upgrade to include a pint and it’s Dhs95. 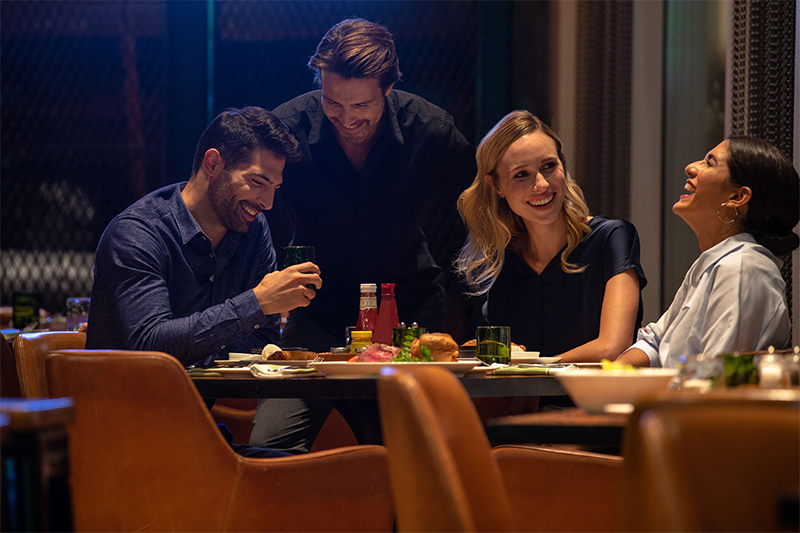 Contemporary gastropub Dhow & Anchor has long been a popular choice for watching live sports outdoors, thanks to the huge screen that occupies the terrace. During the Six Nations matches, rugby fans can order signature dishes such as corn beef sliders, toad in the hole, rabbit stew and Welsh rarebit on toast. There’s also a beverage package of five drinks for Dhs199. 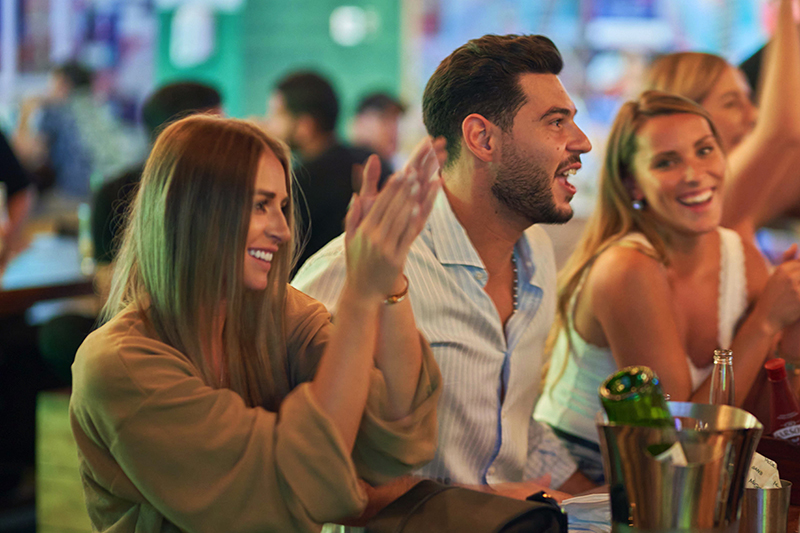 The home of sport and casual ‘craic’, McGettigan’s JLT is introducing a dedicated fan zone for ruby enthusiasts to catch all of the live games. Sip on unlimited drinks from 5pm to 8pm for just Dhs199 on Saturdays. There’s also a Six Nations quiz on February 12 from 12.30pm to 4.30pm with guest appearances by Peter Stringer, Barry Murphy, and David Wallace. There will be lots of live music, prizes, and insights from the pros before the rugby kicks off. 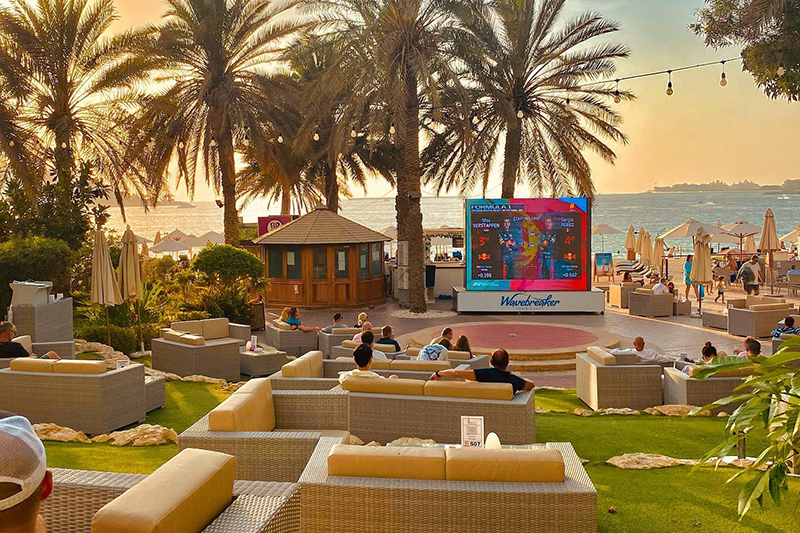 Catch all of the live action beachside at Wavebreaker Beach Bar and Grill. Its ‘beach stadium’ is back from February 5 to March 19, with a huge screen set on the garden and plenty of screens at the beach bar. There’s a happy hour from 5pm to 7pm on weekdays, offering buy one get one free on selected house beverages. There are numerous offers on food and beverages such as a burger and a house beer for Dhs109. beer buckets for Dhs185 or tacos with a selected bottle of beer for Dhs89. 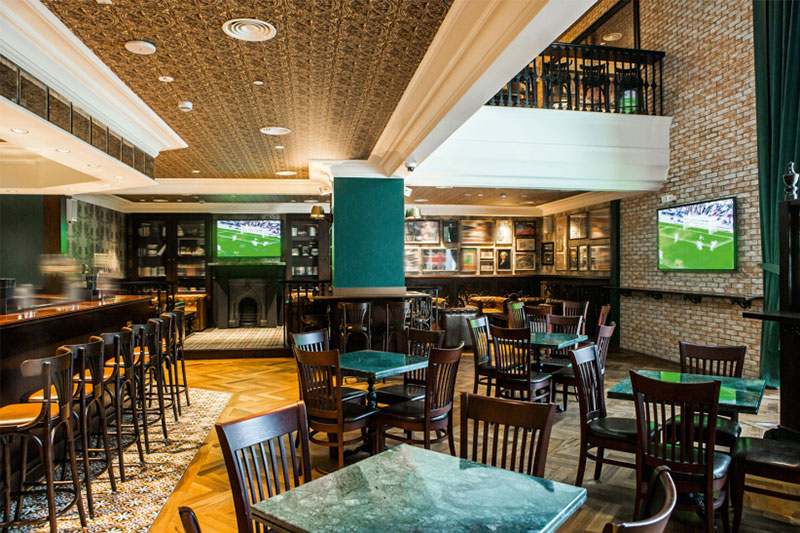 If watching live sports isn’t a thing until you’re sat in a cosy British-style pub, look no further than The Rose & Crown. It will be showing all of the Six Nations rugby matches on various screens throughout the venue. A daily happy hour runs from 4pm to 7pm, with selected drinks priced at Dhs29. You can get a pint of the Irish black stuff for Dhs30 every day, and if you’re hungry enjoy it alongside a piping hot pie. Those visiting on the weekends should try the traditional roast for Dhs90, or if there’d two of you, opt for two roasts and a bottle of wine or bucket of beer for Dhs250.

Sport & Fitness
EDITOR’S PICKS
Here's the full list of UAE public holidays in 2023
READ MORE
23 incredible things to look forward to in the UAE in 2023
READ MORE
Hidden gems: 10 UAE desert pop-ups to discover this winter
READ MORE
Where to travel in 2023: 10 new flight routes from the UAE
READ MORE
MOST POPULAR
The best new breakfast spots to try in Dubai
Inject some culture into February with 14 cool exhibitions in Dubai
Plans unveiled for a scenic new 93km cycle highway in Dubai
A free full moon beach party is happening in Dubai this weekend
42 parks with outdoor barbecue facilities in Abu Dhabi
YOU SHOULD CHECK OUT
Our website uses cookies and other similar technologies to improve our site and your online experience. By continuing to use our website you consent to cookies being used. Read our privacy policy here.