Appropriately referred to as ‘batoid’ members of the shark family, eagle rays are a fairly common sighting off the coast of Abu Dhabi. Gracefully gliding through the turquoise hues, they perform some pretty vital PR on behalf of their wider, sharp-toothed family. Everybody loves rays.

Of-fish-ally announed by the The Environment Agency — Abu Dhabi (EAD), the name of the newly recorded species is ‘Aetomylaeus wafickii’ — which makes it sound a bit new-Defence-Against-the-Dark-Arts-teachery. A specimen of the species was actually collected by  back in 2016 as part of the Fisheries Resource Assessment (FRAS). Back then it was identified as a banded eagle ray, but after further analysis — the results of which were announced through the publication of a scientific paper — wafickii was given its own spin-off species. 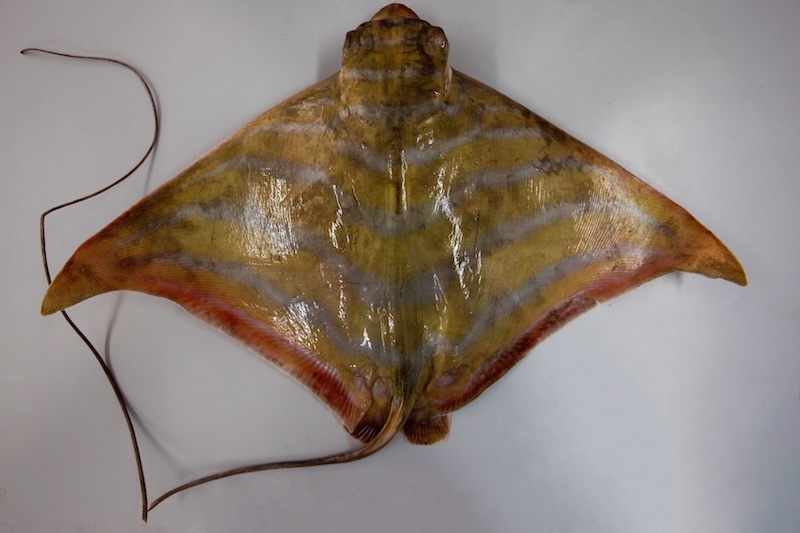 What is in a species?

For those wondering how exactly a new species is discerned, breeding (to produce viable offspring) is a crucial credential for categorisation. The name given to the process by which new species arise, is speciation and those familiar with Darwin’s work will be aware of his famous insights on environmental pressures and selective preferences.

There are more than 70 different definitions for what constitutes a species (which after all is simply a human framework for understanding and classifying organisms), which offers both major advantages and disadvantages for biologists trying to classify new species.

When determining whether an organism is a new species or, for example, just a sub species of another lineage, ultimately it’s a question of extent. How different does the creature look, how different is its DNA?

Talking about the discovery Ahmed Al Hashmi, Executive Director of Terrestrial and Marine Biodiversity Division at EAD said: “It is very exciting for us to discover a new species of Eagle Ray in Abu Dhabi. This is a prominent indication that our waters are healthy and that we have an abundance of marine biodiversity.”

“Within the past two years, we have discovered a series of species, and I am confident that we can make even more discoveries in the future, as long as we continue adopting accurate scientific methodologies to ensure credibility.”

“To ensure longevity and sustainability of our species, at EAD we engage in extensive rehabilitation programmes so that our species can thrive for future generations and enjoy the breadth and beauty of Abu Dhabi’s biodiversity.”