I’m going to preface this review with a disclaimer, there was a lot riding on this movie for me — I was enough of a fan of the original film that (with grudging consent from my wife) we named our firstborn son, Maverick — the callsign of the central character. And whilst I understand, you the cinema-goer are only interested in one, keep in mind this was written with two legacies on the line for me.

The 1986 Top Gun film is now widely accepted as a cult classic despite decidedly tepid reviews from critics at the time. It was at its core an unashamed celebration of action movie cheese, served on a platter with dogfighting egos and dueling fighter pilots, quotable catchphrases, the raw individualism of the 80s, and a confirmed missile lock on stuffy starch-shirted admiral authority.

Trying to reignite that afterburner glow, 36 years on, in a world far less sympathetic to kitsch bro caricatures, manual warfare, binary conflicts and mustaches — felt, rather appropriately, like an impossible mission. Especially when you consider its main star, Tom Cruise, is pulling on a flight suit at 59 years old.

Prior to release, there was a very present fear that the very idea of a sequel this far on, was writing cheques, the reality of it wouldn’t be able to cash. But after watching what is undoubtedly one of the best big screen outings so far this year, I can confirm with a sky-written sigh of relief that this particular brand of cheese, has matured extraordinarily well.

The need for speed…

The story begins with the returning protagonist, Pete ‘Maverick’ Mitchell (Cruise) engaged in the fiery death-baiting career of Navy test pilot, who despite a distinguished and decorated career has never risen above the rank of captain. That’s OK though, a large part of the Maverick appeal, right from the opening scenes of the Tony Scott original, is that his character was always going to be more concerned with pushing the limits of shiny metal, than displaying it on his shoulder.

But sadly, the world has gone and gotten itself in peril once more, the sort of peril that only a man with Maverick’s very particular set of skills can smart bomb. So he’s snapped out of quiet life reverie and ordered back to the Top Gun flight school, the runway where it all began, charged with training a group of pilots to quite literally navigate a skyway through the danger zone. 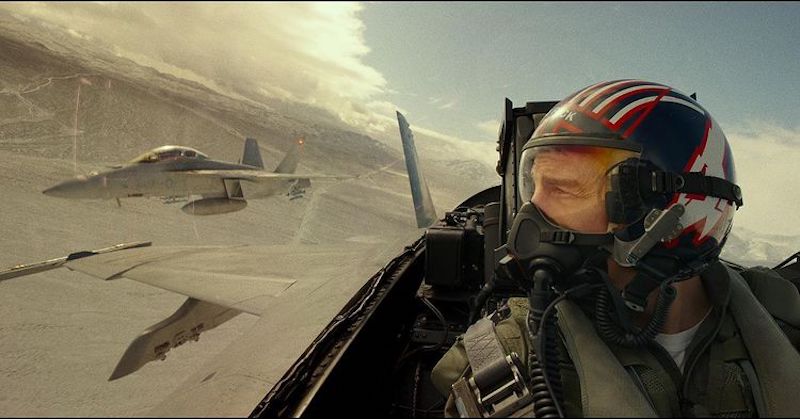 Amongst the crop of hot shot aviators is Lt. Bradley ‘Rooster’ Bradshaw (played by Miles Teller) — son of Nick “Goose” Bradshaw, Maverick’s Radar Intercept Officer and BFF from the original movie. The tragic death of whom, Maverick has never been able to get past.

Out of missiles, switching to guns

A key part of the film is the dynamic between these two characters, of a defiant apprentice turned reluctant master, of death and duty — and it’s primarily these themes that give the movie depth. 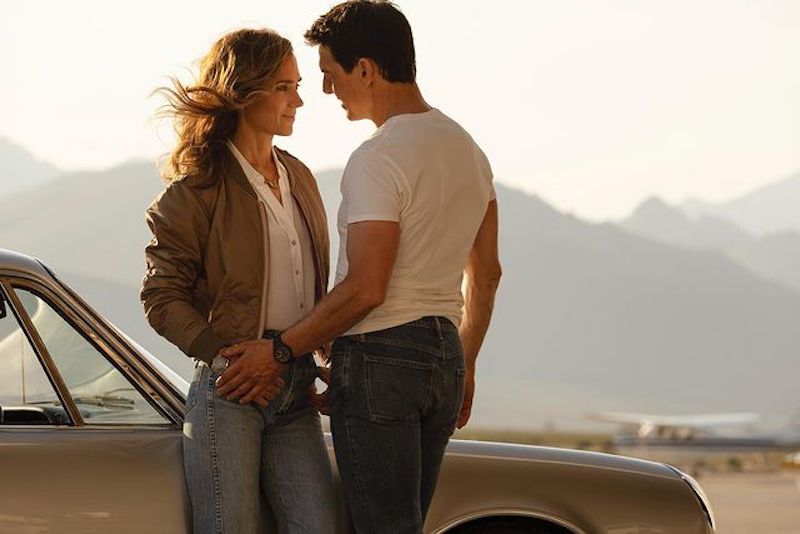 Maverick’s romantic interest comes in the form of naval base bar-owner Penny Benjamin (Jennifer Connelly), who delivers a perfect feisty foil and is a superb addition to the dynasty.

Taking our breath away

The reception of the last Star Wars trilogy highlighted the danger of going ‘full homage’ on much-adored classics, and in particular, blurring the line between sequel and reboot. But director Joseph Kosinski navigates the choreography of legacy-handling expertly, turning and burning, simultaneously honouring the past and acknowledging the reality of the present. Backed by the perfectly-pitched screenwriting of Peter ‘The Batman’ Craig. 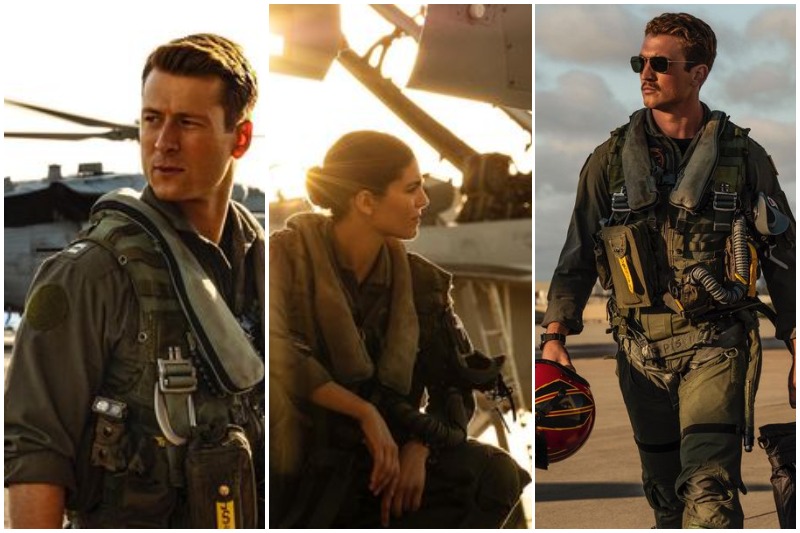 Some of the cruelest spoilers we could give away would be those plot and dialogue details that make direct and deliberate engagements with the original movie — the one-liners, the character parallels, even (as with the 1986 Top Gun) the refusal to overtly pin a nationality on the antagonists. Because ultimately, the pivotal battles are the ones fought between and within the band of Top Gun wingmen.

And we realise that sounds a little cliche, but neither this nor the original movie were crafted to make you think too hard. “You don’t have time to think up there. If you think, you’re dead.”

Always be our wingman

This is action movie excellence, and if it took 36 years to make because that was needed to get it right, it was worth the wait. It’s brazenly and unabashedly cheesy, and it owns that fact so magnificently, that the temptation to cringe is almost always dismissed in the same way Maverick’s cocky retorts are dealt with — a smile, a shake of the head and a ‘only because it’s you…’ And to you Tom Cruise, what a performance. I realise, given the genre, Oscar shouts are unlikely, but what is more important — is that you did Goose proud.

Top Gun: Maverick is out at cinemas across the UAE from Thursday, May 26. Tickets are available to book now.

Culture
Things to do
EDITOR’S PICKS
Here's the full list of UAE public holidays in 2023
READ MORE
23 incredible things to look forward to in the UAE in 2023
READ MORE
Hidden gems: 10 UAE desert pop-ups to discover this winter
READ MORE
Where to travel in 2023: 10 new flight routes from the UAE
READ MORE
MOST POPULAR
Pics of the week: Your best photos of the UAE
Dhow & Anchor has got you covered every day of the week
RTA: All the road closures you need to be aware about
Review: The Nice Guy Dubai
Masha and the Bear is coming to Abu Dhabi this April
YOU SHOULD CHECK OUT
Our website uses cookies and other similar technologies to improve our site and your online experience. By continuing to use our website you consent to cookies being used. Read our privacy policy here.