Did you feel the earthquake in the UAE?

The earth shook for some…

If you noticed your lampshades do a little jiggle-jiggle (not fold) this morning at around 10am, there’s a good reason for it. An earthquake with a magnitude of 5.3, rippled across the Arabian Gulf from its epicentre 22km off the coast of Kish, an island of Iran.

There’s no reason for concern of course, 5.3 is a mere tremor on the Richter scale (the scale that measures the intensity of seismic waves). At that sort of strength, and at the UAE’s distance from the centre of the earthquake, it’s barely doily displacing energy, in fact the shaking will be imperceptible to many. Generally, seismologists only tend to worry about quakes with a magnitude of six and over, that’s the stage where within the immediate vicinity, damage to infrastructure and buildings can potentially occur. 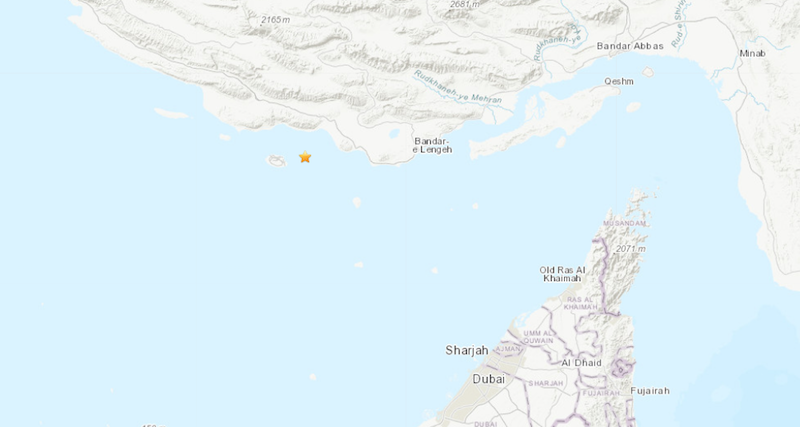 Why was there an earthquake?

We know those geography lessons on fault lines and tectonic plates are still fresh in your mind and ready for pub quiz application, so we won’t bore you with the basics. But Iran is a convergence point for several major plates — the Iranian Plate makes contact with the Indian Plate, the Eurasian Plate, and the Arabian Plate, giving rise to a patchwork network of fault lines and significant tectonic activity.

And we only have to look back to 2017, Kermanshah to see the sorts of devastation that can be reaped from a quake. The death toll from the 7.3 magnitude event stood at 630. And still, well within recent living memory, after surveying the aftermath of 2003’s infamous Bam earthquake in the Kerman province of south east Iran, authorities recorded a final figure of at least 30,000 dead.

So should we be concerned here in the UAE?

Nope, look we’re not here to tell you how to prioritise your own hierarchy of anxieties — that’s for your own subconsciousness to decide. But if we were you we’d be much more concerned about comet impact, pathogens, nuclear war, and the AI singularity.

The UAE is considered only a moderate risk country — there’s only an estimated 10 per cent chance of a ‘potentially damaging’ earthquake in the next 50 years and because almost all buildngs are hyper-modern, they were constructed with high-tech quake-proofing built into the design.