Have you spotted any celebrities in the UAE recently? Send us a DM on Instagram and it could be featured next week…

Shakira is spending Christmas in Dubai with her family, she shared a photo of her and her two sons in the Dubai desert captioned: “In the desert this Christmas, searching for serenity.” The Colombian singer was also spotted having dinner at Sushi Samba on the 51st floor of the St. Regis hotel, Palm Jumeirah.

American restauranteur Dave Grutman and his family have recently been spending time in the Middle East. After travelling to AlUla in Saudi Arabia, they made their way to Dubai where they explored the city’s new immersive entertainment park inside Wafi Mall, Aya Universe.

The Australian tennis player is in town for the World Tennis League. The sports star posted some snaps from his day out quad-biking in the desert.

Tiesto performed at the ‘greatest show on court’ at the World Tennis League. Taking place at the Coca Cola Arena, other live performances from international artists include WizKid, Ne-Yo, and Mohamed Ramadan. 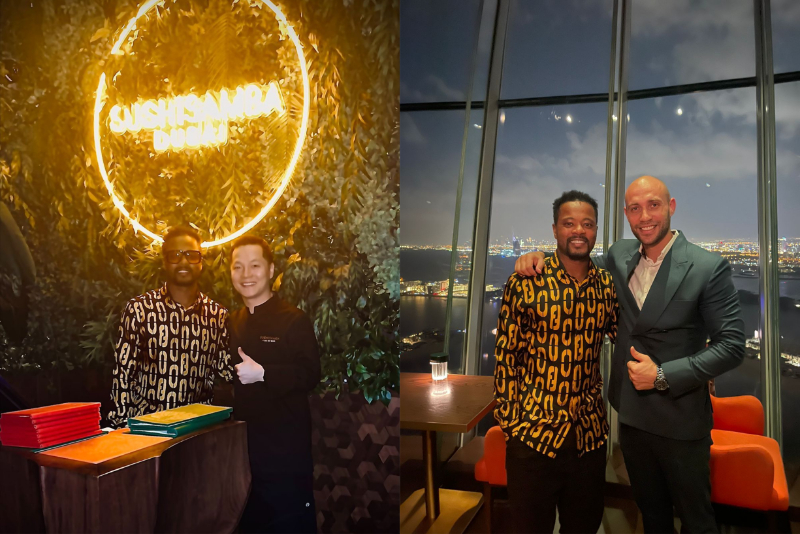 After countless epic performances in the city this year, the British rapper is not quite done with Dubai just yet.

Brit actress Denise Van Outen has been sharing snaps from her time in Dubai including dinner at Buddha Bar at the Grosvenor House and showing off her DJ skills at the Royal Meridien Dubai.

Alexandra Burke and her partner and footballer Darren Randolph have been enjoying a family holiday in Dubai. The British singer shared snaps of them blissing out at the One and Only Royal Mirage and on a boat.

Celebrities
EDITOR’S PICKS
Here's the full list of UAE public holidays in 2023
READ MORE
23 incredible things to look forward to in the UAE in 2023
READ MORE
Hidden gems: 10 UAE desert pop-ups to discover this winter
READ MORE
Where to travel in 2023: 10 new flight routes from the UAE
READ MORE
MOST POPULAR
26 of Dubai's best beachfront restaurants
8 wonderful things to do in Dubai this week: Feb 6 to 9
Where to go to get your Al Baik fix in the UAE
Reset and recharge with a relaxing staycation at this stunning Dubai hotel
The most expensive apartment in Dubai just sold for Dhs410 million
YOU SHOULD CHECK OUT
Our website uses cookies and other similar technologies to improve our site and your online experience. By continuing to use our website you consent to cookies being used. Read our privacy policy here.