The date has been brought forward by almost two months…

In need of a quick getaway? After closing to the public in May last year, the gorgeous Dubai desert resort has announced that it will reopen next month, from Friday, February 10. This is two months earlier than originally planned, meaning you have just over two weeks to wait to check-in and check it out.

Bab Al Shams has undergone an extensive transformation, so it will be exciting for fans of the brand to see what changes have been made during the nine-month closure. While maintaining the resort’s dreamy desert and equestrian identity, the aesthetic will be completely renewed, and new experiences and entertainment will be added to the picturesque desert resort. 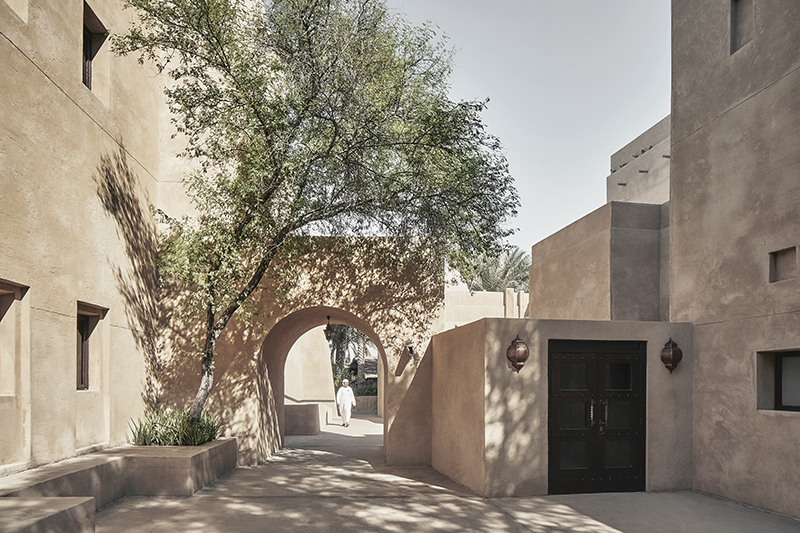 Among the new culinary experiences, there will be a modern Arabic restaurant called Al Hadheerah, a Greek-inspired eatery called Zala, and a far-east-meets-south-east Asian restaurant called Anwā Sunset Lounge, all of which will champion local producers and responsibly sourced ingredients.

Bab Al Shams’ insta-worthy infinity pool will also return, dotted with plush sun loungers and private cabanas, and Kerzner will also introduce a new Desert Spa, offering both traditional and contemporary treatments, such as Hammam and hot sand therapy.  State-of-the-art facilities will include a couples’ treatment room with plunge pool, sauna and steam rooms, an indoor courtyard pool and a relaxation area.

Those looking for a more active stay can satisfy their need for adventure with desert equestrian sports, stargazing with in-house astronomers, sand boarding amongst the dunes, archery, thrilling desert safaris, fireside storytelling, exhilarating hot air balloon rides and plenty more. The family-friendly resort will add new spaces for children of all ages, including a game room and family entertainment centre.

Back in April, the parent company behind Atlantis and One&Only Resorts, Kerzner International, announced it would be taking over operations of gorgeous Dubai desert resort Bab Al Shams.

In announcing the news earlier this year, Kerzner said it would launch a new hotel portfolio called Rare Finds, and Bab Al Shams will be the first property. Each hotel within the Rare Finds portfolio will have its own unique identity, location, talent and expertise. According to a statement from Kerzner at the time, Rare Finds properties will have “a distinct ability to captivate the imagination, provoke thought and elevate a destination through transformative experiences, unmatched food and beverage offerings and spectacular entertainment.”

News
Staycations
EDITOR’S PICKS
Here's the full list of UAE public holidays in 2023
READ MORE
23 incredible things to look forward to in the UAE in 2023
READ MORE
Hidden gems: 10 UAE desert pop-ups to discover this winter
READ MORE
Where to travel in 2023: 10 new flight routes from the UAE
READ MORE
MOST POPULAR
26 of Dubai's best beachfront restaurants
8 wonderful things to do in Dubai this week: Feb 6 to 9
Where to go to get your Al Baik fix in the UAE
Reset and recharge with a relaxing staycation at this stunning Dubai hotel
The most expensive apartment in Dubai just sold for Dhs410 million
YOU SHOULD CHECK OUT
Our website uses cookies and other similar technologies to improve our site and your online experience. By continuing to use our website you consent to cookies being used. Read our privacy policy here.