Some people believe it’s an inevitability that one day the AI singularity will coalesce, rise up and the human race will have to bow to a new regime of robot overlords. We’re not offering an opinion on that, but if it does happen, we do hope the machines remember the nice things we did with them alongside the demonstratory kicks Boston Dynamics have dished out to their Black Mirror-looking dog robots.

Pleasant things like including them in our mission to commission a greener, more ecologically sustainable planet (for them to eventually inherit). One of the most exciting recent examples of which is The Environment Agency – Abu Dhabi’s (EAD) mangrove reforestation project. 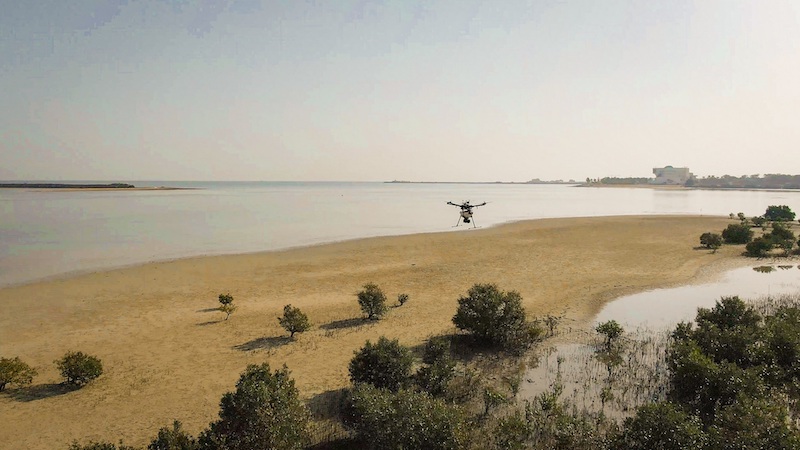 The Abu Dhabi Mangrove Initiative announced in February 2021 (in the company of the UK’s Prince William), has now reached the incredible milestone of planting more than one million seeds with the help of (and may we take this opportunity to say beautiful, really, that chrome bodywork *chef’s kiss*) drones.

Drones do it better

This initial phase focused on locations around Al Mirfa, particularly in the Al Dhafra Region and results from the initial cycle show a 48 per cent success rate. Which is an impressive figure given the fact that mangroves are a challenging species to cultivate. The ultimate aim, which was made public during COP26 in Glasgow 2021, is to plant 100 million seeds UAE-wide by 2030. 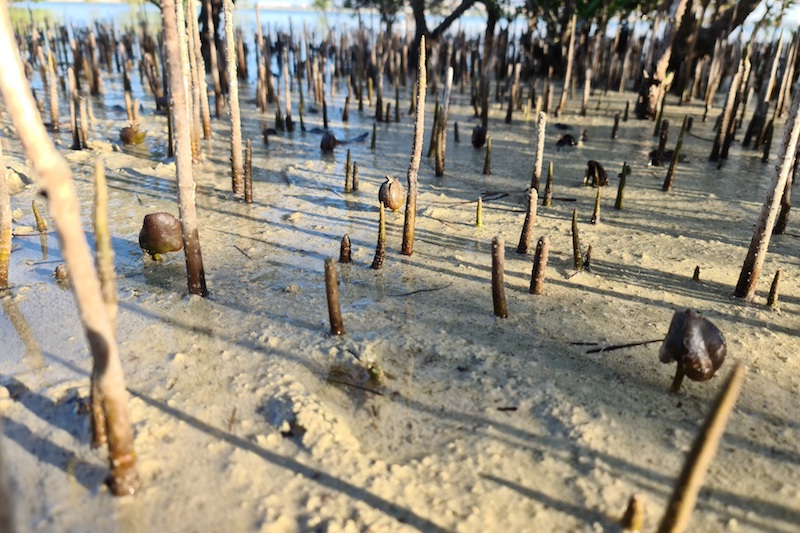 Talking about the project, Her Excellency Dr Shaikha Salem Al Dhaheri, Secretary General of EAD, said: “The UAE began mangrove plantation in the 1970s under the guidance of the late Sheikh Zayed Bin Sultan Al Nahyan, Founder of the UAE and also known as the First Environmentalist. He commenced mangrove plantation along the coasts of the islands and mainland of the emirate of Abu Dhabi”

“Despite the fact that the world’s mangroves are declining due to natural and human challenges they are facing, Abu Dhabi has a different story to tell as the plantation of mangroves has continued in the UAE at large and in Abu Dhabi in particular”. 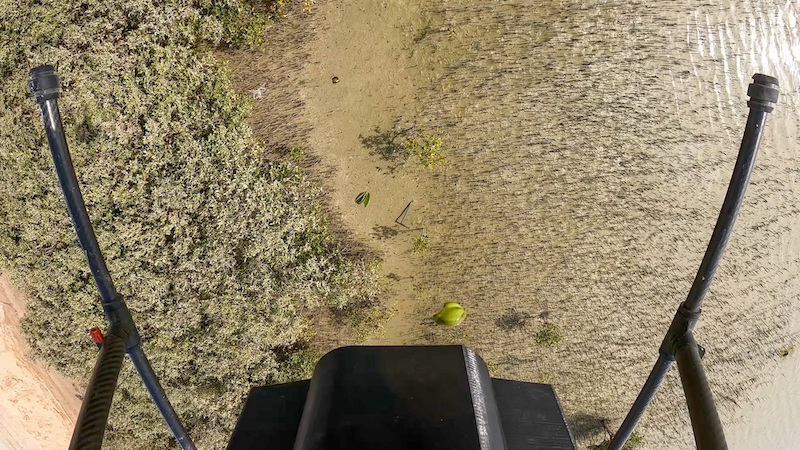 “This project is a continuation of our efforts to mitigate the disastrous effects of climate change as mangroves have proven to be very efficient at carbon sequestration, thus reducing the levels of carbon dioxide entering the atmosphere.”

The drones are getting wiser too. Their part in the Abu Dhabi Mangrove Initiative has benefitted from a continual feedback loop of human experiential, and machine, learning. That has been channeled into more effective seed dispersal mechanism, more detailed 3D mapping, greater flight time efficiency and as a result, more seedlings making the grade.