It shouldn’t have escaped your knowledge that it is St Patrick’s Day on March 17. But in true Irish style there is a weekend of parties all around town to give the Emerald Isle’s patron saint a proper celebration. We’ve listed the best ones below…

March 15
Today is Family Day with live Irish band The Logues flown in from Dublin, as well as resident band The MapleJacks, plus traditional Irish music and dancers at 2pm.

March 16
Music from Irish band The Logues at 7pm.

March 17
Live music all day from The Logues, The MapleJacks and local Irish band Roisin Dubh. 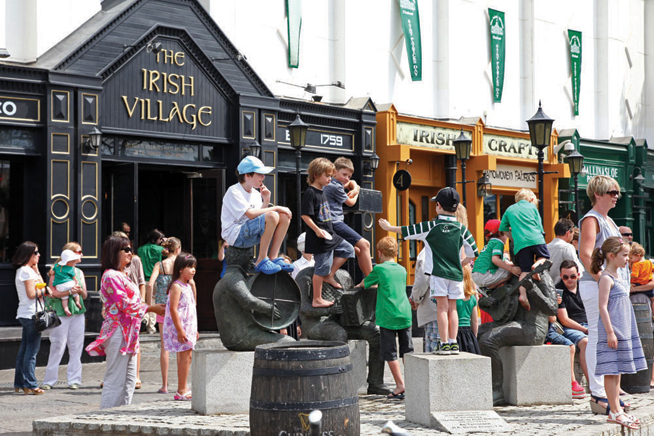 McGETTIGANS
An Irish band is flying in from Galway to perform alongside house band Picture House at both Dubai venues. A troupe of Irish dancers will skip their hearts out, also at both venues. On March 15, rugby fans can watch Ireland meet France in the Six Nations (3pm UAE), and competitions could see you winning a VIP trip to Ireland.

FIBBER McGEE’S
The traditional Irish pub promises a weekend-long celebration with live music and drinks deals. On March 14, tuck into a slap-up brunch and see beIN Sports presenter Angus Scott chat live to former Ireland and Lions rugby star David Wallace. The Paddyman will play Irish songs and pop classics March 13 and 17, with other acts taking to the stage March 14, 15 and 16.

RIVINGTON BAR AND GRILL
Souk Madinat’s brilliant bar and restaurant have added a number of Irish-inspired additions to the Rivi blackboard such as Oxtail soup and Steak and Stout Pie. For dessert, tuck into banana and butter bread with Guinness Ice cream to truly celebrate in Emerald Isle style. Wash it all down with an Apple Martini, Irish slipper or Caliche Rum cocktail for a taste of Ireland from start to finish.

BARASTI
Wild Irish entertainer The Paddyman performs at Barasti March 15 and 17. March 15 you can also catch Ireland take on France in the Six Nations at 3pm, with DJ sets from DJ Venus 2pm to 5pm, Marty Metcalfe 5pm to 8pm, Marky T 8pm to 11pm, and DJ Soto 11pm to closing time. 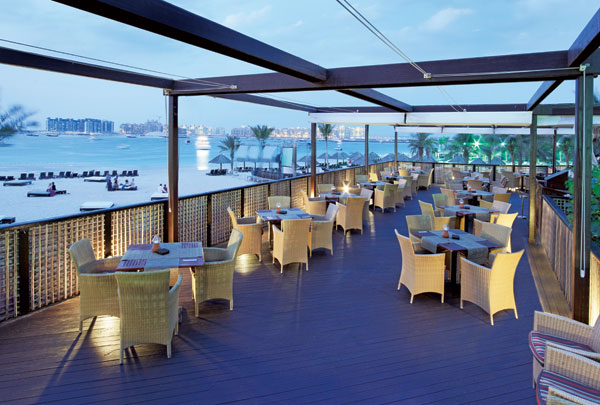 THE HUB
The St Patrick’s Day promotion on March 17 is four brews and an Irish burger for Dhs195. They have a range of Irish tipples and do a good Irish stew.

THE DUBLINER’S
Buy three rounds and get the fourth free here on March 17. The menu includes oysters, Irish stew and pies. Live music is provided by singer/guitarist Emmanuel (2pm to 5.30pm) and folk band After Hours (7pm to midnight).

Bars
News
Nightlife
Things to do
EDITOR’S PICKS
What’s On Nightlife Awards 2021: Here are the nominees...
READ MORE
It's back! What's On Lock In returns to Media One Hotel
READ MORE
Arts and culture: 5 spots we can't wait to visit at Expo 2020 Dubai
READ MORE
UAE petrol prices are set to decrease in September 2021
READ MORE
MOST POPULAR
6 fun things to do in Dubai this week: September 26 to 29
Days by Wyndham hotel has opened its doors in Dubai
Free alfresco cinema returns to Umm Al Emarat Park in Abu Dhabi
This sky-high yoga class includes spa access and discounted treatments
All the ways you can get your hands on free Expo 2020 tickets
YOU SHOULD CHECK OUT
Our website uses cookies and other similar technologies to improve our site and your online experience. By continuing to use our website you consent to cookies being used. Read our privacy policy here.