Time to dust off those ruby slippers – The Wizard Of Oz, one of the world’s best-loved musicals, is coming to the Madinat Theatre. Featuring a cast of stars from London’s West End, the show includes classic songs Somewhere Over The Rainbow and Ding Dong The Witch Is Dead.

Ahead of the two-week run, we spoke to Elizabeth Carter, who plays Dorothy… 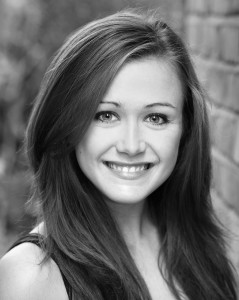 What did you have to do in the audition to get the role of Dorothy? I had to sing a musical theatre number and read scenes with the director. At further auditions I had to learn choreography from the show and perform it to the audition panel. In my final audition I had to sing Somewhere Over The Rainbow, Jitterbug and perform three scenes from the show. The auditioning process took place over a week. I was offered the job the next day and was thrilled.

How many pairs of red slippers are brought on tour with the show? There’s one magical pair of ruby slippers – but they have a set of understudies too, in case the ruby sparkle ever diminishes. They are very well looked after.

Do you remember the first time you put them on? Yes, it was at the promotional photo shoot for the show. I gasped as they took them out of the box.

What’s the hardest song for you to sing in the show? Jitterbug is very fast and there are lots of words to get out in a very short space of time. It was cut from the final 1940 movie, but re-instated for the stage production.

Who are playing the munchkins? Talented young performers from the UAE will play the munchkins. They went through a gruelling audition process in Dubai late last year and are really fantastic talents.

Do you remember the first time you saw the film The Wizard Of Oz? I saw the film when I was very young and I remember thinking I would love to go to Oz some day. It looked so magical. I wondered if there were any real yellow brick roads and where they would lead to.

This year marks the 75th anniversary of the 1939 movie version of L Frank Baum’s tale. What’s On took a trip down the Yellow Brick Road.

1939
The musical fantasy film – based on L Frank Baum’s 1900 novel and starring 16-year-old Judy Garland as Dorothy – is released.

1985
Disney releases a sequel to The Wizard Of Oz called Return To Oz.

1999
The American Film Institute (AFI) names Judy Garland among the 10 greatest female stars in the history of American cinema.

2003
The musical Wicked, told from the perspective of the witches in Oz, premieres on Broadway. It goes on to win three Tony Awards.

2004
Somewhere Over The Rainbow tops the AFI’s list of the 100 Greatest Songs in American Films.

2007
The Munchkins are awarded a star on the Hollywood Walk Of Fame.

2012
A group of donors led by Leonardo DiCaprio buys a pair of the ruby slippers worn by Garland in the movie from an auction house for an undisclosed sum. The group donates the iconic shoes – one of four surviving pairs from the set – to The Academy of Motion Picture Arts and Sciences.

2014
Pink sings Somewhere Over The Rainbow at the Oscars to celebrate the 75th anniversary of the much-loved film. Judy Garland’s three children, Liza Minnelli, Lorna Luft and Joey Luft, are all in attendance.

Culture
News
Theatre
Things to do
EDITOR’S PICKS
Ain Dubai will open with fireworks, live music and a drone show
READ MORE
Incredible Aura SkyPool to open in Palm Tower this November
READ MORE
Brit Grand Slam hero Emma Raducanu confirmed for Mubadala Tennis
READ MORE
What’s On Nightlife Awards 2021: Here are the nominees...
READ MORE
MOST POPULAR
Nancy Ajram and Ragheb Alama are performing at Expo 2020 Dubai in November
Miami Beach-inspired luxury resort Th8 Palm is opening in November
Watch your next film under the stars as outdoor cinemas return to Dubai
This new ladies' night offers a free open bar every Tuesday
This Sicilian rooftop party brings Godfather glamour to Dubai
YOU SHOULD CHECK OUT
Our website uses cookies and other similar technologies to improve our site and your online experience. By continuing to use our website you consent to cookies being used. Read our privacy policy here.