The future is coming: How Dubai will look by 2017

What’s On profiles new buildings in Dubai that will be part of the future of Dubai, including Dubai property, Dubai Museums and construction jobs in Dubai.

The UAE skyline continues to grow at an incredible rate with a string of wonderful new buildings coming to a street near you in the coming years. Below, we profile some of the eye-catching.

And for those of you who like a little nostalgia, why not remember how Dubai used to be, with our special series profiling the Emirate when What’s On launched 35 years ago.

More…
– VIDEO: Meet the man who started it all, Managing Partner and Group Editor Ian Fairservice
– Dubai Then&Now. A picture tribute to the changing face of Dubai
– Celebrities in Dubai – the famous folk with whom What’s On has rubbed shoulders
– Dubai in 1979: looking back at the first ever What’s On

THE BUTTERFLY
Where: Near Dubai Internet City and Dubai Media City
What: An unusual brick version of a butterfly consisting of two office buildings connected by a central structure creating 255,000sqft of office space.
Opens: Late 2015 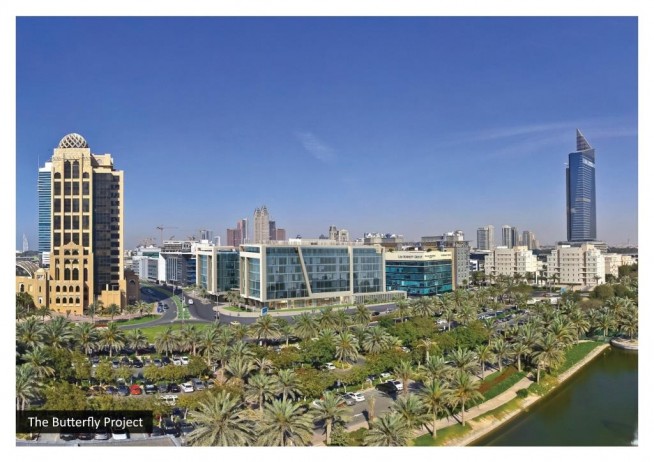 ALADDIN CITY
Where: Old Dubai, but not in soon-to-be-registered Unesco World Heritage zone
What: Inspired by the classic tales of Aladdin and Sindbad, consists of three lamp-shaped towers that will house commercial and hotel space.
Opens: 2016 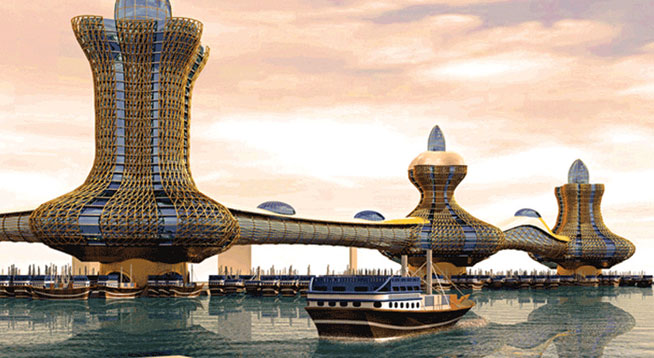 BLUEWATERS ISLAND
Where: Jumeirah Beach Residence
What: Home to the world’s largest Ferris wheel, The Dubai Eye, the project will also include retail, residential, entertainment and hospitality zones at an eye-watering price tag of Dhs6bn.
Opens: Early 2018 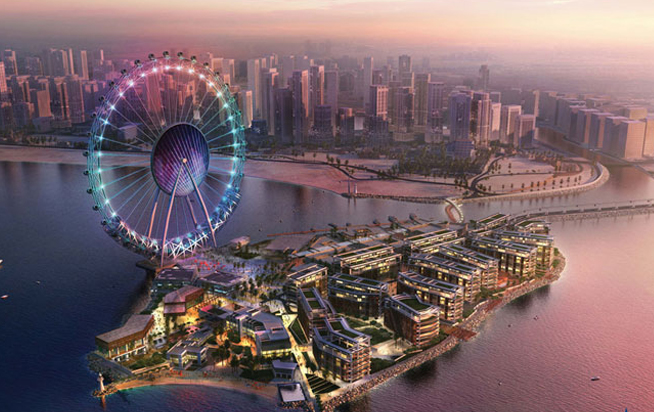 THE BUTTERFLY HOUSE
Where: Miracle Gardens, near Arabian Ranches
What: Housed in nine custom built domes across 1,800sqm, this house will feature thousands of butterflies for public viewing.
Opens: Summer 2014 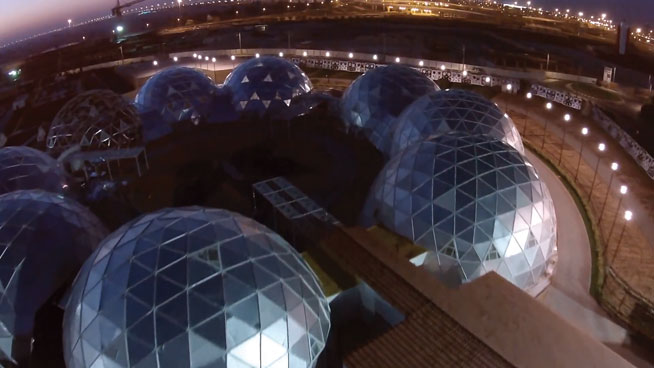 DUBAI FRAME
Where: Zabeel Park
What: The Dubai Frame is a clear glass walkway elevated at 150m with the purpose of framing parts of Dubai. It’s expected to cost in the region of Dhs120m.
Opens: 2015 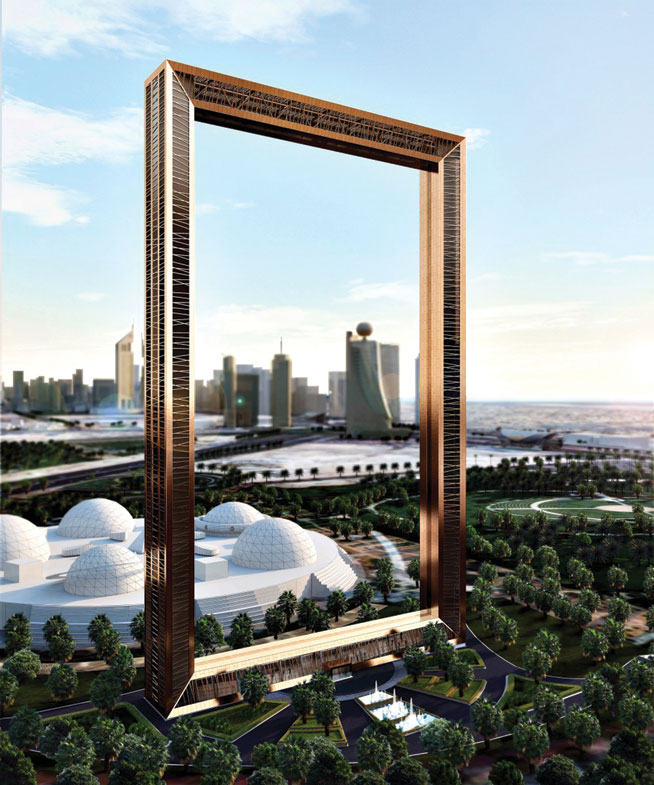 DUBAI OPERA HOUSE
Where: Downtown Dubai
What: This venue will hold 2,000 people and stage operas, theatre shows, concerts, exhibitions, performance art and various other cultural highlights. Set to kick start the Art Dubai festival next year, the opera house’s design is based on an Arabian dhow.
Opens: Spring 2015 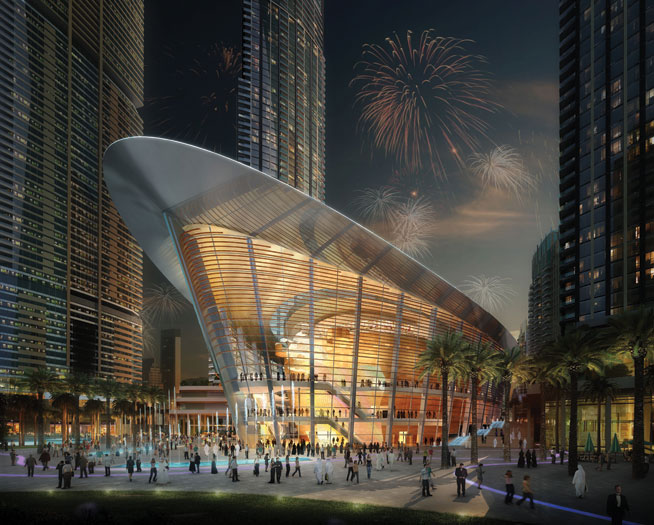 PALM JUMEIRAH BROADWALK
Where: The Palm Jumeirah
What: Developed by Nakheel, the 11km path will feature more than 20 waterfront kiosks and two 100m piers, one at both end.
Opens: Not yet confirmed, but construction tendering opens in spring 2014. 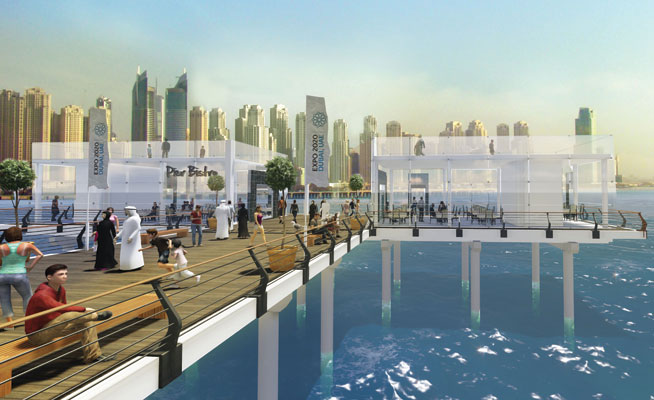 JUMEIRAH CORNICHE
Where: Al Qaarib Street on Jumeirah beach
What: Apart from 14km of jogging and walking tracks, the Dhs100m project will allow residents to indulge in a host of water sports.
Opens: Late 2014 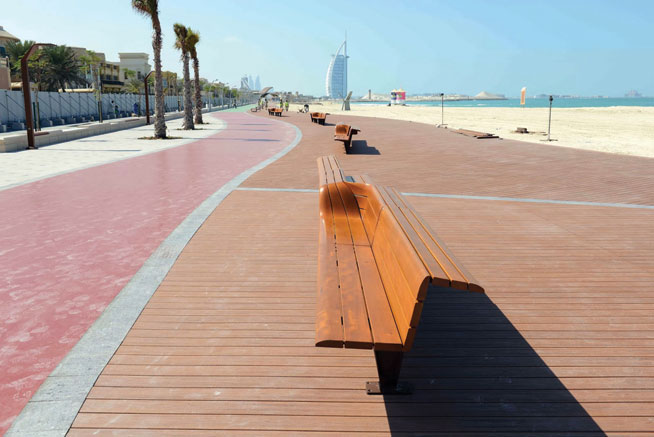 CITY WALK
Where: Jumeirah
What: An expansion to the popular Jumeirah retail and dining destination is underway. Phase 1 consists of 350 metres of uninterrupted retail frontage with a tree-lined walk designed to evoke the style of European streets. Once complete, the new City Walk will boast a 1.3km promenade.
Opens: Spring 2015 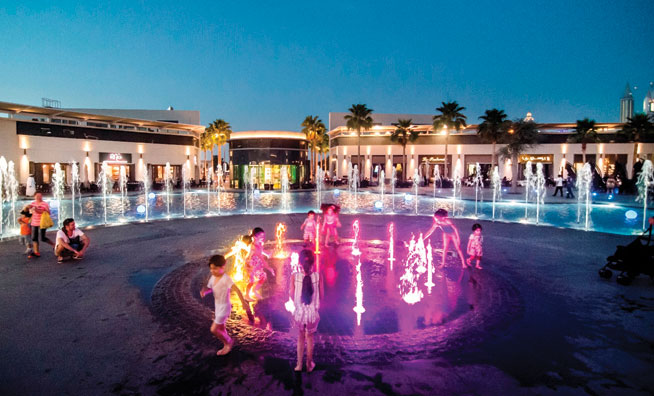 WORLDS OF ADVENTURE
Where: Dubailand
What: The world’s largest indoor theme park will have four zones, including Marvel Superheroes and Cartoon Network areas, as well as a Lost Valley dinosaur-themed park. No wonder it’s set to cost Dhs3.6bn.
Opens: Late 2014 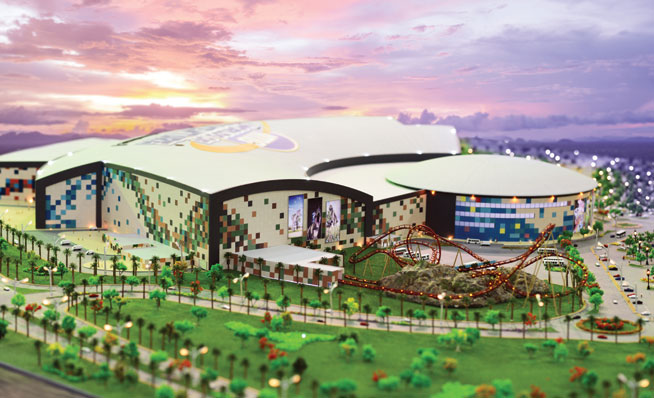 NAKHEEL MALL AND THE PALM TOWER
Where: The Palm Jumeirah
What: This glamorous new complex will feature a shopping mall including 200 shops, two department stores, cinema and a roof plaza with 12 fine dining restaurants and a luxury hotel with residences. The Palm tower has 504 luxury residents and a 290-room hotel.
Opens: 2016 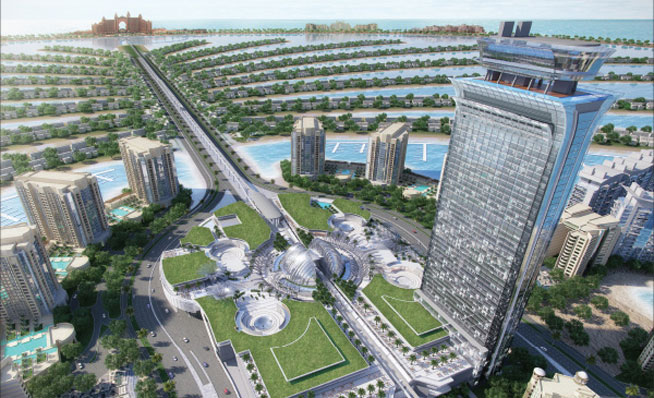 And then, of course, there is the whole Dubai Canal project. For all the information on how the creation of the waterway will affect you, click here.

LOUVRE ABU DHABI
Where: Saadiyat Island
What: A joint venture between the Abu Dhabi and French governments, Louvre Abu Dhabi will display art, manuscripts and objects of historical, cultural and sociological significance. All objects will be displayed chronologically, the idea being that visitors go on a journey through time. The museum will display its own national collection, with the Louvre in France also contributing exhibits from time to time. The Louvre Abu Dhabi’s dome is the size of five football pitches and the design is inspired by the interlaced palm leaves traditionally used to roof houses.
Opens: 2015 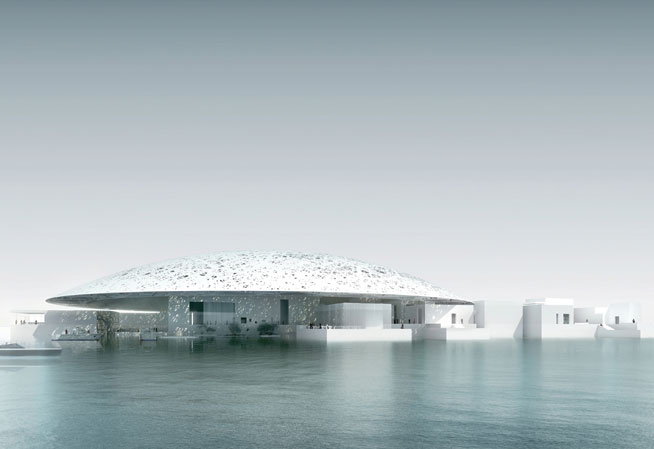 YAS MALL
Where: Yas Island
What: Having cost around Dhs550m, this is set to be one of the biggest shopping centres in the region (and the biggest in Abu Dhabi). It’ll be home to 400 stores, four international department stores, a fashion boulevard, 20-screen cinema and a Geant hypermarket.
Opens: Late 2014 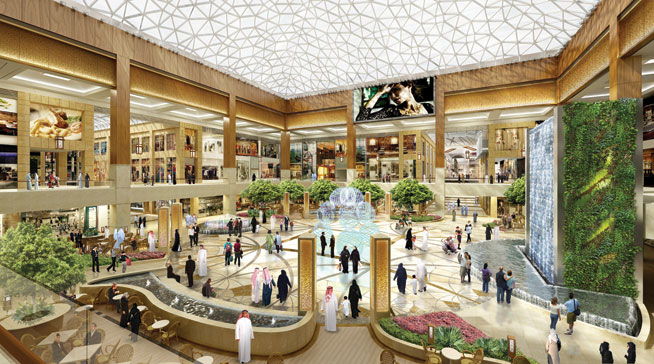 GUGGENHEIM ABU DHABI
Where: Saadiyat Island
What: Expected to display what it calls ‘the most important artistic achievements of our time’. Entry to the museum will be by one of the building’s cones, which will be covered with panes of blue glass on the outside. Inside you’ll find a 350-seat theatre, which will hold lectures, symposiums and dance and theatre productions. It’ll also include 13,000sqm of gallery space and 18,000sqm of exhibition space.
Opens: 2017 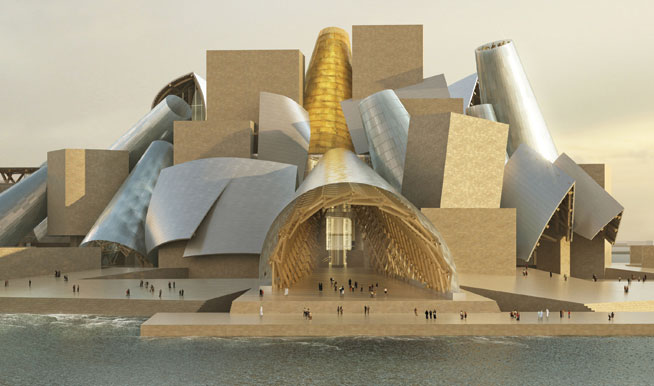 TI’ME JOUHARA CORNICHE APARTMENTS
Where: Abu Dhabi Corniche
What: This 42-storey property will feature 262 studio and one-bedroom apartments with facilities including a health club with swimming pool and all-day dining restaurant.
Opens: 2015 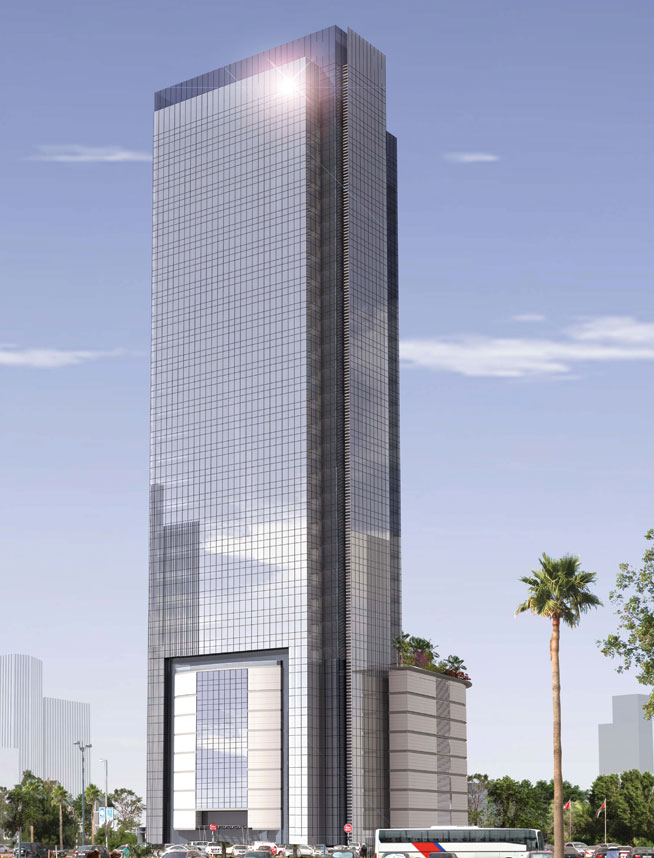 ZAYED NATIONAL MUSEUM
Where: Saadiyat Island
What: This spectacular looking museum will tell the story of HH Shiekh Zayed Bin Sultan Al Nahyan, his unification of the UAE and the history of the region. The museum’s design is themed on the feathers of a falcon. Each steel feather contains a gallery space and the tallest will be 125m high. There’ll also be landscape gardens for visitors to stroll around.
Opens: 2016 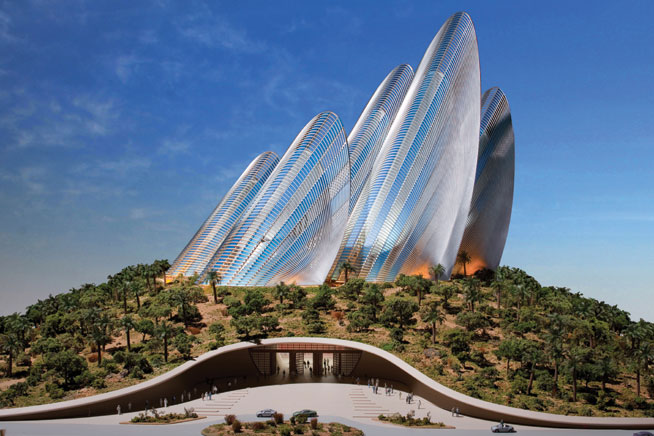 BAB AL QASR
Where: Corniche, next to Jumeirah At Etihad Towers
What: This two-pronged Moroccan-themed building will feature 408 five-star hotel rooms set across 37 floors in one tower, and 229 serviced apartments, shops, indoor and outdoor pools and five restaurants in the other.
Opens: Early 2015 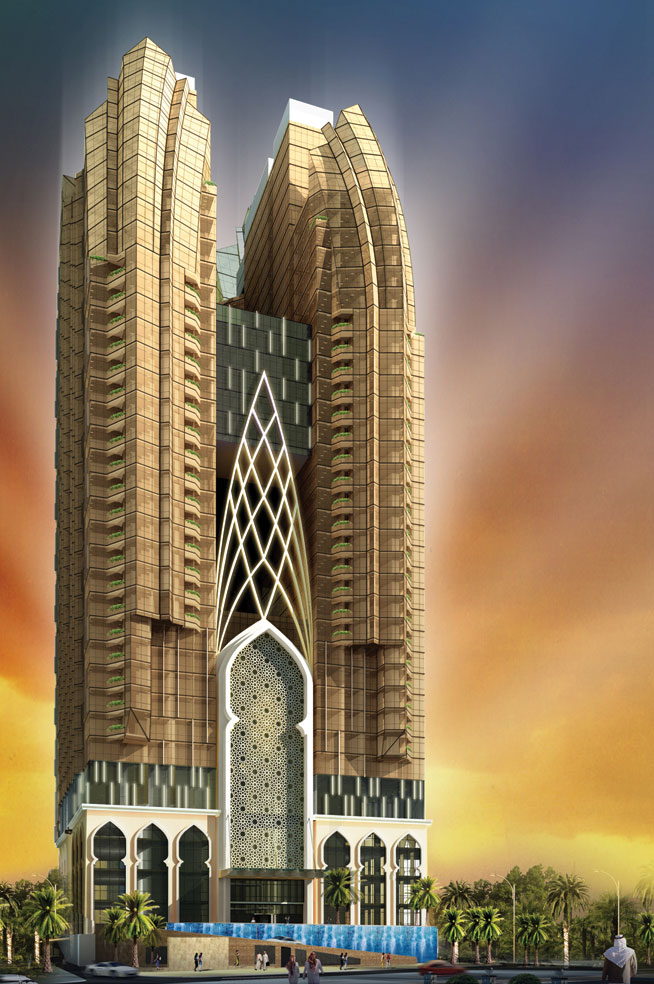 FOUR SEASONS HOTEL
Where: Al Maryah Island. Walk through The Galleria and you’ll already see partitions up marking where the Four Seasons will be built.
What: A 34-storey, five-star hotel with 190 hotel rooms, 54 serviced apartments, five food and beverage outlets, a gym, rooftop pool and 300sqm garden alongside a waterfront promenade.
Opens: 2016 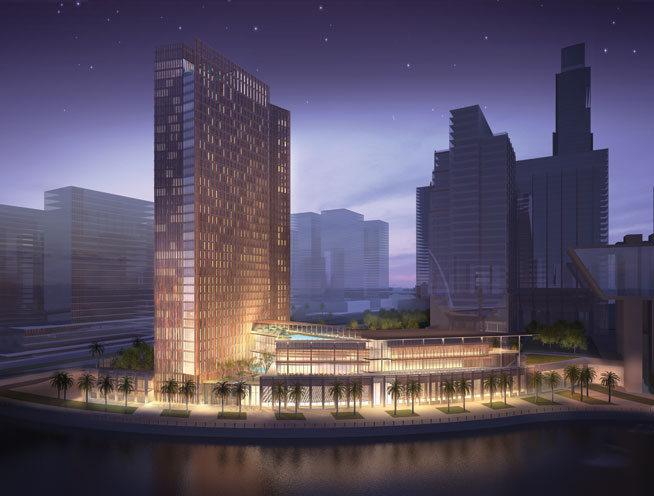 HILTON ABU DHABI SAADIYAT ISLAND RESORT
Where: On the coast at Saadiyat
What: A hotel with 366 rooms, plus nine restaurants and bars, a health club, pool and spa.
Opens: Late 2015

SOWWAH CENTRAL
Where: Al Maryah Island, adjacent to The Galleria at Sowwah Square in Abu Dhabi.
What: A 3.1 million square foot shopping and entertainment destination that will feature two department stores, a cinema, more than 350 shops, a food market and a waterfront promenade at an estimated cost of Dhs3.6bn.
Opens: 2017 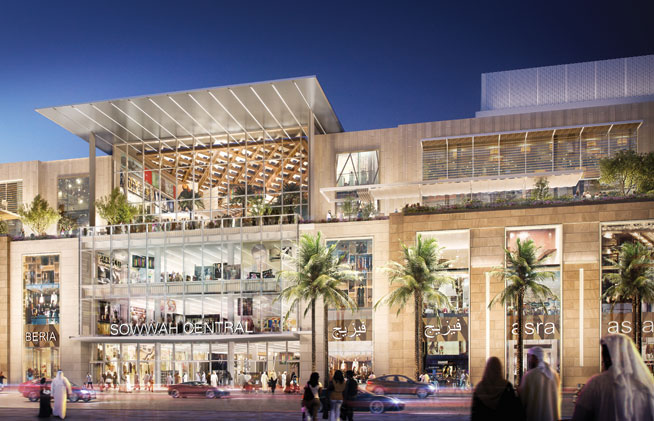 Culture
News
Salaam!
EDITOR’S PICKS
Here's the full list of UAE public holidays in 2023
READ MORE
23 incredible things to look forward to in the UAE in 2023
READ MORE
Hidden gems: 10 UAE desert pop-ups to discover this winter
READ MORE
Where to travel in 2023: 10 new flight routes from the UAE
READ MORE
MOST POPULAR
With its unique decor, Dubai's La Nina restaurant evokes tales of distant travels
Reservations are now open for French restaurant Fouquet's Dubai
The colourful Sharjah Light Festival returns next week
Relive those cosy winter moments at Chalet 105 at Twiggy
There are some big road closures in Abu Dhabi this weekend
YOU SHOULD CHECK OUT
Our website uses cookies and other similar technologies to improve our site and your online experience. By continuing to use our website you consent to cookies being used. Read our privacy policy here.