Dubai’s Paramount hotel to be a movie lovers' paradise

What’s On has details of a new Dubai hotel themed around movies, the Paramount Hotel Dubai, Downtown. Plus, info on other Paramount properties in Dubai.

If film fans are still reeling from the failed Universal Studios in Dubai, then there’s good news with the iconic production company, Paramount, set to launch a new, movie-themed hotel in Dubai.

The announcement was made earlier yesterday at the annual Cityscape Global exhibition in Dubai.

The new Paramount Hotel Dubai, Downtown – set to be the third largest hotel in Dubai behind Atlantis and JW Marriott Marquis – promises to showcase timeless Hollywood elegance meets cool Californian lifestyle. Developers also plan to use certain elements of Paramount Pictures movies from films such as Iron Man, Transformers and The Godfather and project these in the lobby and communal areas using high tech media mapping and digital technology.

The property will also honour its own identity taking influences from the local creative communities in the UAE and becoming a platform for contemporary arts in the region. 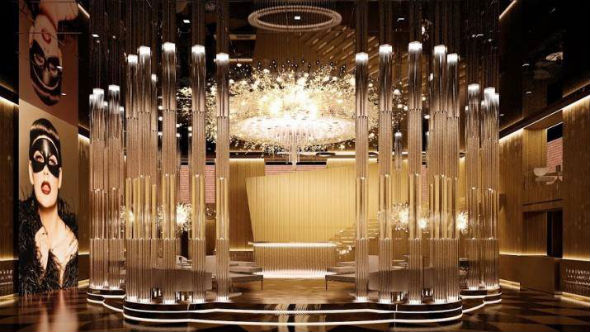 Every floor or the 1,250-roomed hotel will also have subtle film themes, and a selection of the hotel’s elite ‘Producer’ suites will be themed on actors and films.

Work on Paramount Hotel Dubai, Downtown, which will be located just off Sheikh Zayed Road in Downtown Dubai, is already underway with plans to officially open the hotel in 2018.

Raiders of the Lost Ark

News
Staycations
EDITOR’S PICKS
Ramadan in Dubai: 40 iftars to try
READ MORE
Where can Dubai residents travel? Check out these 14 destinations
READ MORE
Rumours, facts and reveals: New Abu Dhabi bars and restaurants
READ MORE
UAE announces reduced working hours for Ramadan 2021
READ MORE
MOST POPULAR
Sheraton Mall of the Emirates has a lot to offer this Ramadan
Looking for a cosy long stay residence in Dubai? Check this out...
Have you spotted the new Talabat Patrol team on Abu Dhabi roads?
Iftar home delivery for one? Here are some options...
Stunning Australian restaurant Hunter & Barrel is now open
YOU SHOULD CHECK OUT
Our website uses cookies and other similar technologies to improve our site and your online experience. By continuing to use our website you consent to cookies being used. Read our privacy policy here.