Dubai360 pictures our home from the top of Burj Khalifa

First it was Google who created a ‘Street View’ of the world’s tallest building by strapping a camera to the back of rucksack and climbing up. Now, it’s the turn of Dubai 360 – a project launched by Sheikh Hamdan back in August.

When complete, Dubai 360 aims to be the world’s leading immersive virtual city tour enabling users from around the world to explore Dubai anytime and anywhere. Integrating the latest technologies, the website will offer fully interactive 360 degree panoramic time-lapse videos of Dubai’s cultural and modern attractions.Debuting on the website is a 12-minute long video featuring runway activities at Dubai International Airport – one of the world’s busiest international airports. 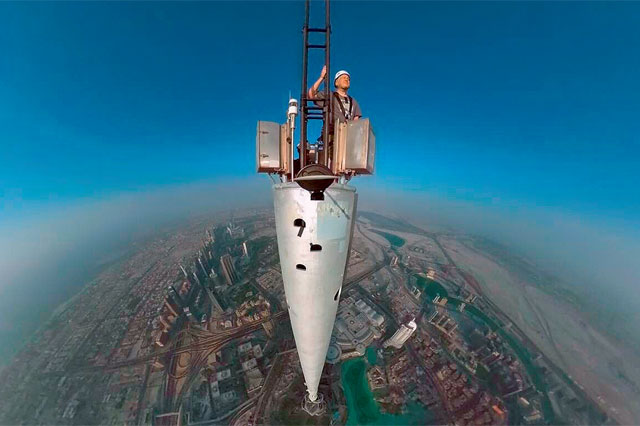 And with the time-lapse video content of the Burj Khalifa in the final stages, British photographer Gerald Donovan – who was putting the finishing touches to this part of the Dubai 360 project – was the man to capture a fantastic picture of himself almost 830 metres high using a special panoramic camera controlled by an i-Phone app.

This isn’t the first time that a company has used an unconventional method of capturing unique images of the UAE.Back in October, internet giants Google hired a camel to help the team create a ‘street view’ of Abu Dhabi’s Liwa Oasis.

The dromedary was the first animal to carry Google’s Trekker camera and the camel’s shadow can even be seen in each image.

“With every environment and every location, we try to customise the capture and how we do it for that part of the environment,” said Google spokeswoman Monica Baz. “In the case of Liwa. We fashioned it in a way so that it goes up on a camel so that it can capture imagery in the best, most authentic and least damaging way,” she continued. 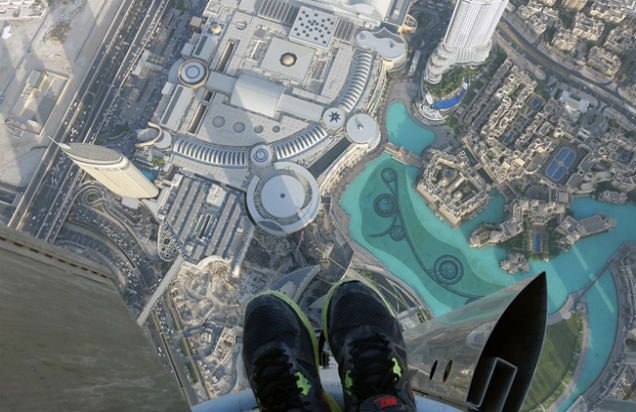 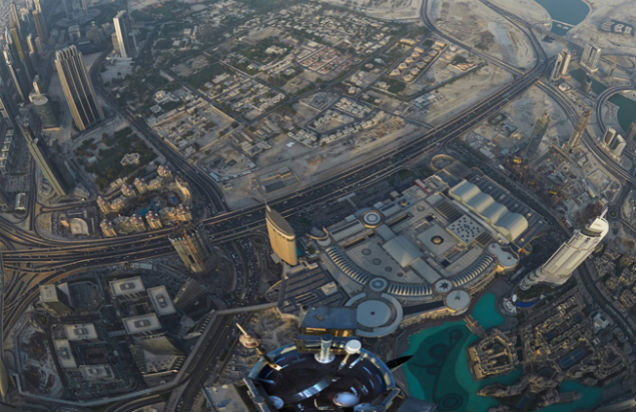 Art
Culture
News
EDITOR’S PICKS
UAE holiday dates announced for Eid Al Adha
READ MORE
Emirates extends suspension of flights from India to UAE again
READ MORE
Coming soon: Everything we know about Ain Dubai so far
READ MORE
Khorfakkan set to open new tourist attraction 580 metres above sea level
READ MORE
MOST POPULAR
It's Dhs350 to brunch, stay and play at the What's On Lock In this weekend
UAE weather: Temps of over 50ºC recorded in the shade yesterday
Get a free Expo 2020 day pass when you fly with Emirates
A popular fairy-tale is gracing the stage at The Theatre at Mall of the Emirates in August
UAE petrol prices will increase again in August 2021
Exclusive interview: John Cena on his role as a 'douchey Captain America'
YOU SHOULD CHECK OUT
Our website uses cookies and other similar technologies to improve our site and your online experience. By continuing to use our website you consent to cookies being used. Read our privacy policy here.