Your guide to male grooming in Abu Dhabi

They say clothes make the man, but we think a little bit of preening goes a long way too. Here’s where guys can get the best treatments…

Where: Urban Male Lounge
What: The hand treatment
It’s common for men to go for a mani-pedi in the UAE, with many viewing neat nails as essential as a nice suit when conducting business. The Urban Male Lounge in The Galleria is taking this pampering one step further – not only do your nails get some TLC, your hands do as well. Heavenly Therapy By Deborah Mitchell is an anti-ageing treatment for your paws. It uses a bee sting mask, a natural product that mimics the effects of Botox and loosens skin. Urban Lounge is a smart, futuristic-looking venue with TVs in each cubicle with a variety of shows available to watch while you’re getting preened (we opted for Doctor Who), plus a stereo playing cheesy pop music.

It starts with your nails being smothered in vanilla pod cream to soften them. Cuticles are trimmed, nails are smoothed and buffed before your hands and arms are smothered in a dry, sea salt product, which exfoliates before it’s vigorously massaged off. Then it’s time for the white, creamy bee venom to be applied all over your hands, which are then wrapped in plastic bags. Your hands are inserted into two silver, hot gloves for ten minutes. Finally, they’re again smothered in the vanilla pod cream. The difference is instantly noticeable: wrinkles are reduced and they look extremely clean (although they look back to normal the next morning). We rounded off our visit with a haircut, which includes a head massage as well as shampoo and conditioner. If you told us watching Daleks attack planet Earth while listening to One Direction and wearing a pair of oven gloves was an acceptable form of male grooming, we’d call you bonkers. But the Heavenly Therapy is a great way to inject new life into yours hands. 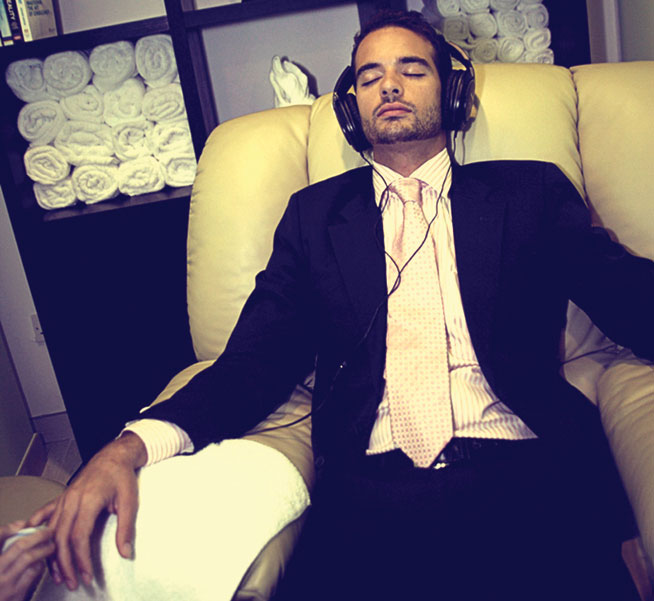 Where: Eastern Mangroves
What: The anti-ageing facial
Life in the UAE can play havoc on your face. There’s the harsh sun, the dehydrating heat and all those late nights. We forgive you if you’re staggering around looking like an extra from The Walking Dead. The Eastern Mangroves’ Elemis Skin IQ+ Facial For Men aims to tackle anti-ageing head-on, by using a Time Defence Wrinkle Delay and Time Defence Eye Reviver. It even claims it can lessen irritation from frequent shaving. This session is relaxing, non-intrusive and only lasts 75 minutes, and the products are soothing on the skin and we noticed our haunted, puffy bags were reduced even the following day. It’s perfect if you’ve got a big event lined up, an important business meeting or a job interview and need to look your best. 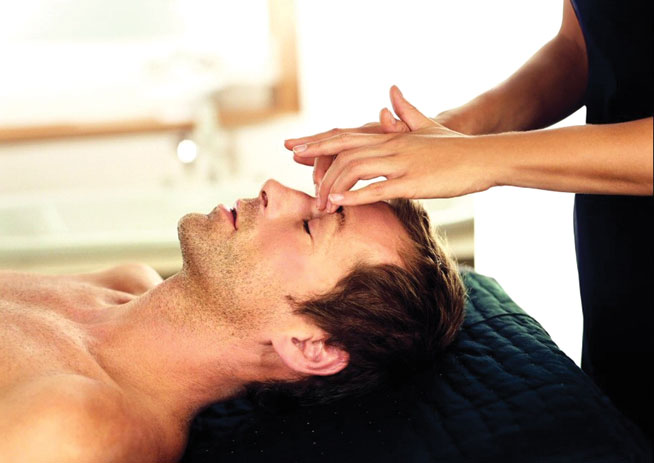 
Where: Samer Spa And Salon
What: Moroccan Bath
The service is a bit quirky at Samer, but the Moroccan bath is excellent. Start by opening your pores in a steam room, before your body is smothered in black soap, which is made from olives, and exfoliates. You’ll leave refreshed, and speckless.

Where: Man/Age
What: Hair removal
Man/Age will remove hair from pretty much all over your body, including your eyebrows, underarms, legs and even your ears, nostrils and cheeks. 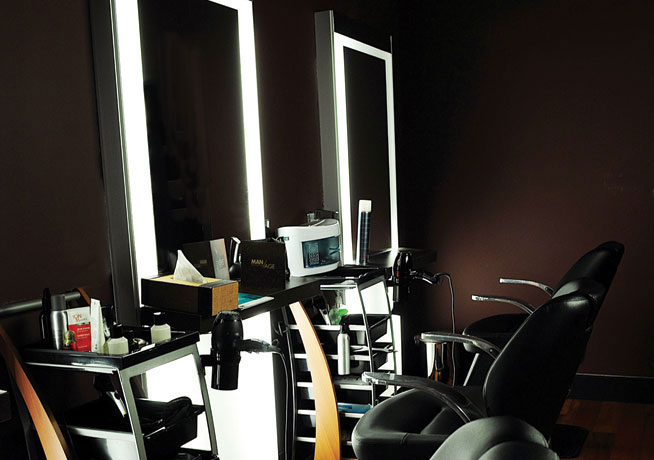 Where: The Lounge
What: Executive mani-pedis
The Lounge doesn’t just give your nails a bit of a touch-up with an emery board; it also throws in a massage for good measure. The pedi works on tired feet with pressure point foot reflexology, plus an exfoliation treatment to smooth feet. You’ll get a lower leg massage as well. There’s also an arm massage plus a paraffin wax treatment (which helps soften skin) during the manicure.

Where: Vintage Men’s Spa
What: The shave
Your five-minute ritual at home with a Gillette disposable will never come close to this. Vintage’s signature shaving package includes cleansers, a five-minute steam to open pores, and a hot lather rubbed all over your beard before the classic barber’s blade goes to work.

Spas
Well-being
EDITOR’S PICKS
Ain Dubai will open with fireworks, live music and a drone show
READ MORE
Incredible Aura SkyPool to open in Palm Tower this November
READ MORE
Brit Grand Slam hero Emma Raducanu confirmed for Mubadala Tennis
READ MORE
What’s On Nightlife Awards 2021: Here are the nominees...
READ MORE
MOST POPULAR
The most up to date information for entering Abu Dhabi: Oct 2021
First look: Instagram breaking 2D cafe, Forever Rose opens in Yas Mall
Emirates warns passengers to arrive early to DXB airport this weekend
Pics of the week: Your best photos of the UAE
Take a look inside the brand new Madame Tussauds Dubai
YOU SHOULD CHECK OUT
Our website uses cookies and other similar technologies to improve our site and your online experience. By continuing to use our website you consent to cookies being used. Read our privacy policy here.