What’s On has news of a change of date for 30 Seconds To Mars in Dubai. Jared Leto’s band will now perform at Dubai World Trade Centre on September 25.

For the second time in a week, the date of a hotly-anticipated concert in the UAE has been changed.

After Robbie Williams bought his du Arena, Abu Dhabi, show forward by a day, sparking disappointed from those who had made hotel and flight plans to the capital, it has now been announced that 30 Seconds To Mars’ show at Dubai World Trade Centre has been pushed back five months.

The rock band fronted by Hollywood A-Lister Jared Leto will now take to the stage on September 25, as opposed to their Comicon-linked performance on April 10, citing ‘an unforeseen scheduling conflict’.

In a statement, the band has said, “our sincere apologies for any inconvenience this may have caused”. 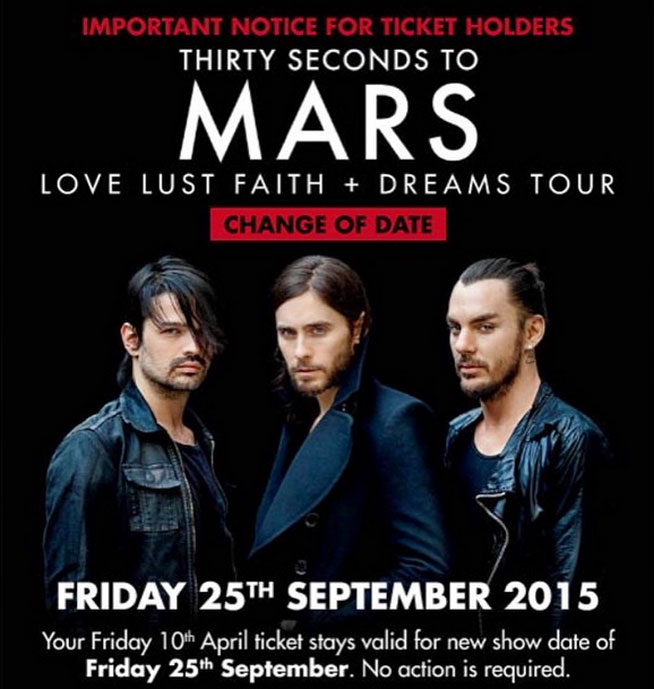 The three-piece, who also feature Jared’s brother Shannon alongside lead guitarist Tomo Milicevic, last played in the region when they sold out du Forum in Abu Dhabi. They have sold over five million albums worldwide. They are best loved for smash hits ‘From Yesterday’, ‘Kings and Queens’, and ‘This Is War’. They have just released their fourth studio album ‘Lust, Love, Faith and Dreams’.

Organisers Live Nation reassured fans who had bought tickets already that a full refund would be given to anyone who wishes to do so through Ticketmaster, but added tickets would be valid for the new date.

Their statement said: “Ticketmaster delivers exceptional customer satisfaction as a global brand, and has confirmed concertgoers can expect a full refund to be returned to them within four working days of applying for it.” 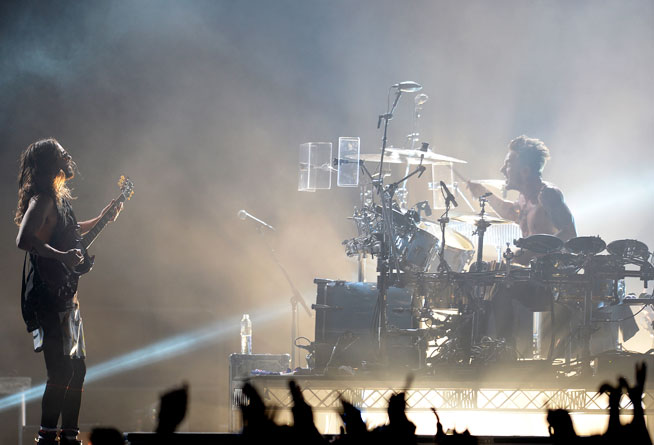 All details on how to claim a refund are posted on marsindubai.com. Deadline to claim the refund is on Friday April 10.

It added: “Live Nation has also promised to dedicate ten percent of all existing concert goers who already purchased tickets the opportunity to enter a lottery for a chance to win ticket upgrades, signed merchandise or meet and greet with the band.”

News
Nightlife
EDITOR’S PICKS
Ain Dubai will open with fireworks, live music and a drone show
READ MORE
Incredible Aura SkyPool to open in Palm Tower this November
READ MORE
Brit Grand Slam hero Emma Raducanu confirmed for Mubadala Tennis
READ MORE
What’s On Nightlife Awards 2021: Here are the nominees...
READ MORE
MOST POPULAR
Here's what you'll be eating at SushiSamba when it opens in November
Chic Mediterranean beach bar Ula is now open on the Palm Jumeirah
7 art exhibitions in Dubai to check out this October
27 of Dubai's best rooftop bars with some epic sunset views
Win at Monday with unlimited sushi and an open bar at this chic soiree spot
YOU SHOULD CHECK OUT
Our website uses cookies and other similar technologies to improve our site and your online experience. By continuing to use our website you consent to cookies being used. Read our privacy policy here.